HONG KONG, July 2 (ChinaMil) -- The Hong Kong Garrison of the Chinese People's Liberation Army (PLA) held the commissioning, naming and flag-granting ceremony for the Huizhou frigate and the Qinzhou frigate at 10:00 on the morning of July 1, 2013 at the Stonecutters Island naval port in Hong Kong, marking that the two new-type frigates are formally commissioned.

The newly-commissioned Huizhou frigate and the Qinzhou frigate with the hull numbers of 596 and 597 respectively are China's independently designed, developed and produced new-generation light guided-missile frigate integrated with many types of weapons and equipment, possessing good stealth performance and strong electromagnetic compatibility, according to the briefing.

The two frigates will be mainly responsible for tasks including patrolling, defense, naval escort and operation against sea targets after their commissioning. In addition, they will gradually replace the guided-missile escort boats now in service, becoming the main combat equipment of the PLA Hong Kong Garrison for maritime defense. 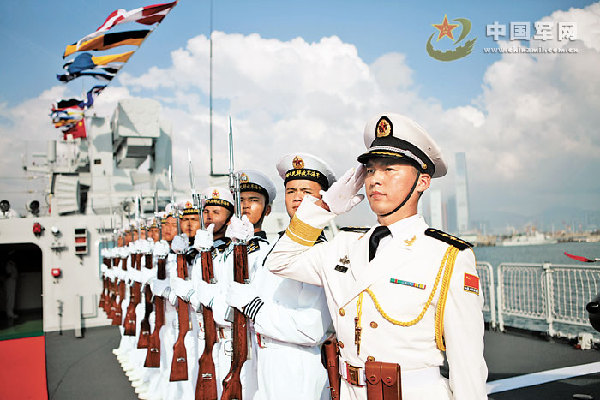 This is the living hero in our country... defending and protecting us from any sort of violence. Thanks Guys and Thank you for sharing this info!