China to have more aircraft carriers: ministry spokesman
(Source: Xinhua)   2013-08-30
BEIJING, Aug. 29 (Xinhua) -- The Liaoning is the Chinese military's first aircraft carrier, but there will surely be more in future, a Ministry of National Defence spokesman said on Thursday.
China will comprehensively consider the development of aircraft carriers in accordance with the needs of national defense and military building, spokesman Yang Yujun said.
Yang made the comment at a news briefing when asked to confirm media reports that China is producing its first domestically made aircraft carrier.
Currently, China operates one aircraft carrier, the Liaoning, which was refitted based on an unfinished Russian-made carrier and delivered to the Chinese Navy on Sept. 25, 2012.
The carrier's original design allows it to carry about 30 fixed-wing aircraft.
The Liaoning has conducted successful take-off and landing tests of its carrier-borne J-15 fighters, the main strike force of China's carrier group.

Pictures surfaced today of a module at Shanghai's Changxing Island Shipyard appear to be proof of a second Chinese carrier under construction.  Besides the telltale profile of the inner hull of a KUZNETSOV-class carrier,  the module features a well-defined hangar and elevator cutout. 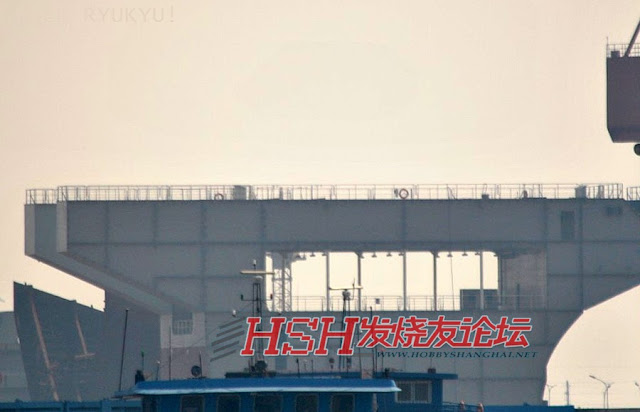 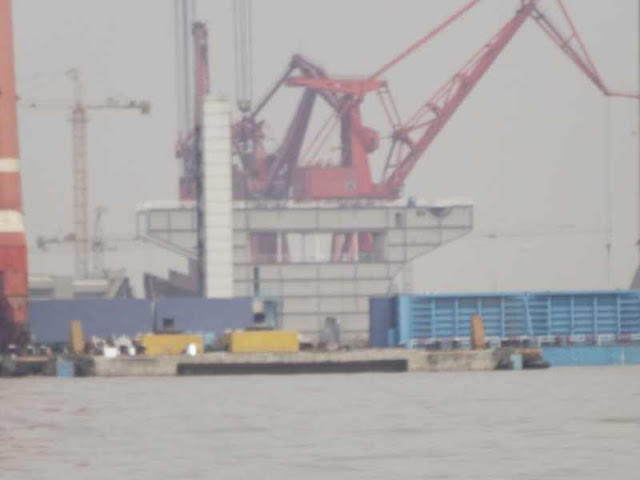 Additionally a possible catapult trench has been identified, lending credence to postulation that this first all-Chinese carrier will be a refinement of the LIAONING/EX-VARYAG Soviet design, most likely designated 001A-class. 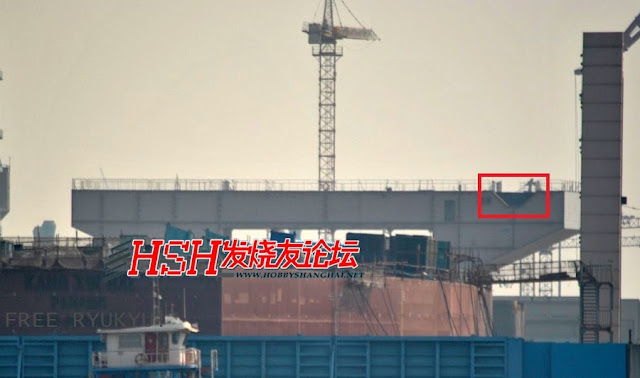 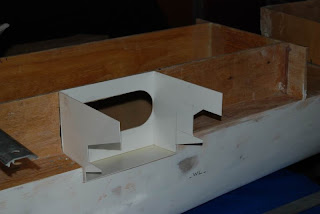 Log in to the China-Defense Forum for additional discussion about this and other Chinese military developments. 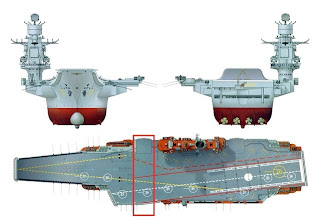