It is joint exercise season in South Asia 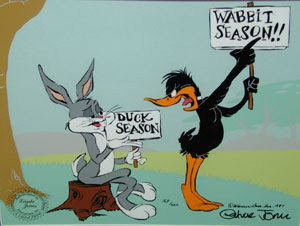 The Chinese and Pakistani air forces will hold a joint exercise next week in a region bordering Pakistan-occupied Kashmir.

The joint drill will be held during September 2-22 in China's Xinjiang Uygur Autonomous Region, the Chinese Defence Ministry said on Thursday.

The exercise, code-named Shaheen (Eagle)-2, is another cooperative project between the two air forces after the Shaheen-1 drill in Pakistan in March 2011, Defence Ministry spokesman Yang Yujun told a briefing for the local media.

The HiH exercises, the first two editions of which were held at Kunming (China) in 2007 and Belgaum (Karnataka) in 2008, were frozen after diplomatic spats over visa and other issues in 2009-10. Though largely symbolic with just around 100 to 150 soldiers from each side undertaking counter-terror drills, the exercise is seen as a major confidence-building measure between the world's largest and second-largest armies ranged against each other along the 4,057-km LAC.

The decision to hold the third round of the HiH exercise was firmed up during the visit of Antony, accompanied by a high-level delegation, to China earlier this month. India is keen to progressively enhance military ties with China, keep "communication channels open" and "eliminate potential" for Depsang-like incidents to reoccur.

Anotny recently described the 21-day face-off in April-May - the two rival armies had pitched tents and carried out banner drills after PLA troops intruded 19 km into Depsang valley in the Daulat Beg Oldi (DBO) sector in eastern Ladakh - as "an unusual" incident. The two sides will soon hold another round of the joint working group in Beijing to find a solution to prevent such "unpleasant incidents" and "embarrassing" face-offs, he said.

Whats this deal with Chinese troops crossing over the border and claiming land?

Someone needs to control those remote controlled robots.