Three new tank landing ships are moored to the pier at the port of a landing ship flotilla with the East China Sea Fleet of the PLA Navy on March 7, 2016.

BEIJING, March 8 (ChinaMil) - - The commissioning, naming and flag-giving ceremony for three new tank landing ships, namely Wuyishan, Culaishan and Wutaishan, was held at a naval port of a landing ship flotilla with the East China Sea Fleet of the PLA Navy on March 7, 2016, indicating that the three new warships were officially commissioned to the PLA Navy.

They have a maximum displacement of more than 5000 tons and are mainly used to deliver soldiers in support of the sea-crossing and island-landing operations. They can also take on diversified military missions in peace time, such as transportation for war preparedness, maritime rescue and national defense education.

Wu Minghui, captain of the tank landing ship Wuyishan, delivered a speech on behalf of the officers and soldiers of the three new warships at the ceremony. 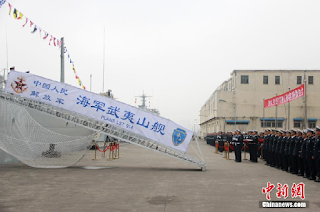 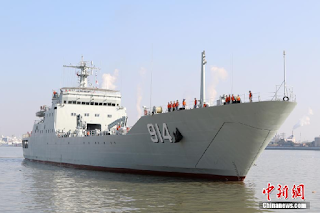 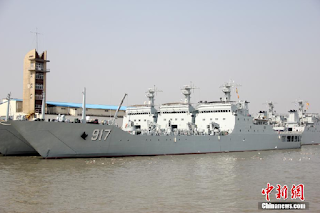 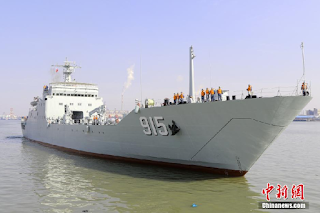 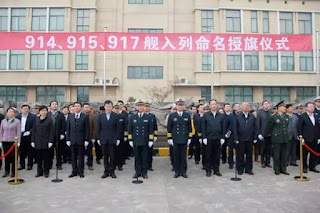 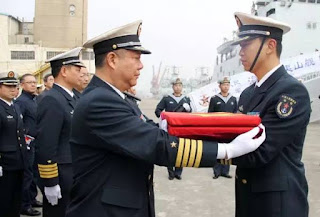 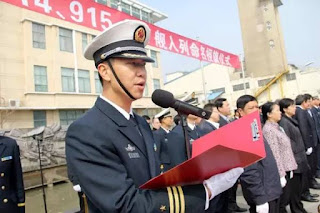 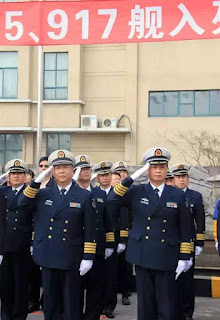 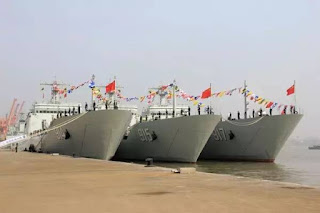 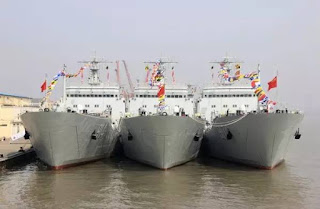 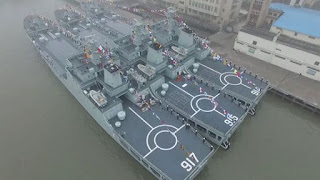 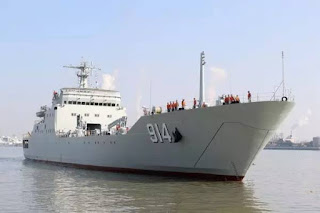 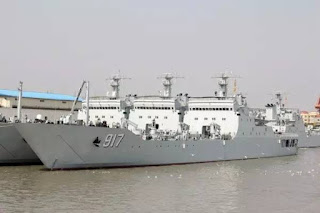 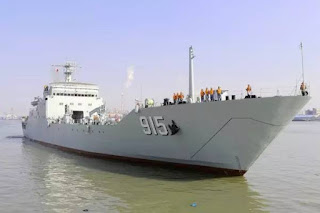