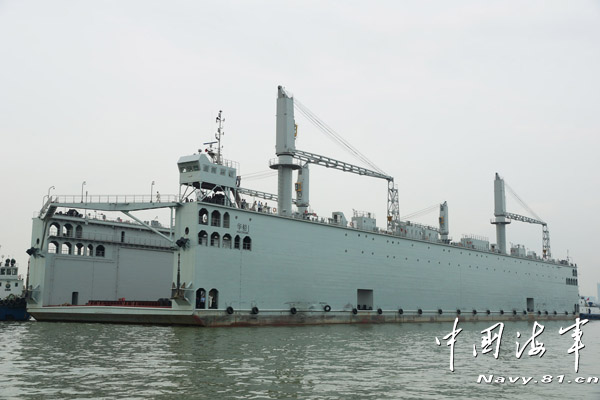 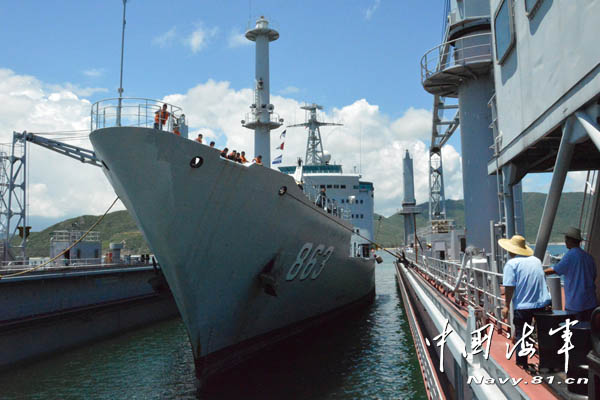 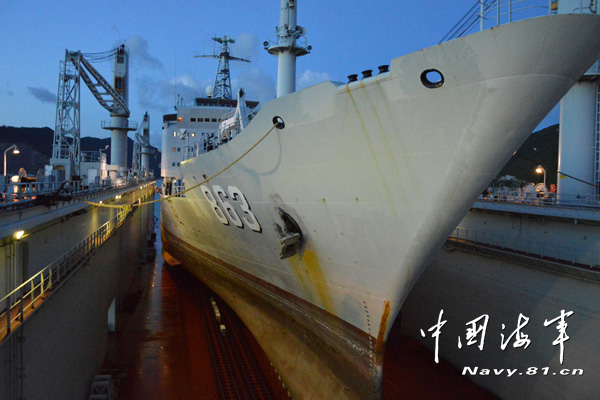 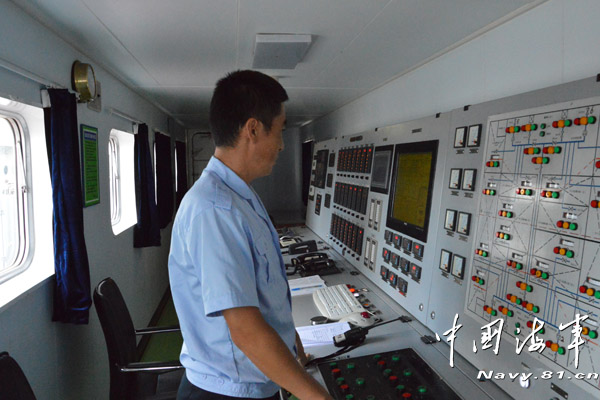 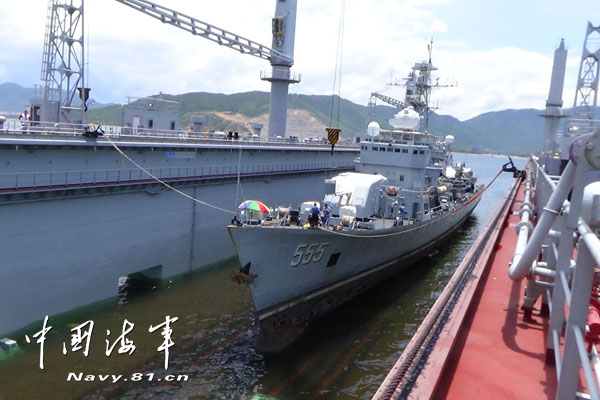 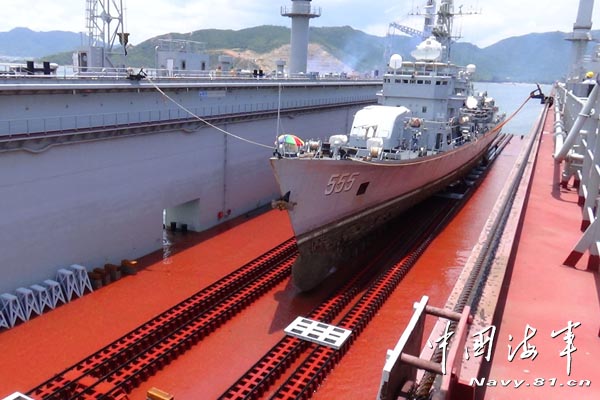 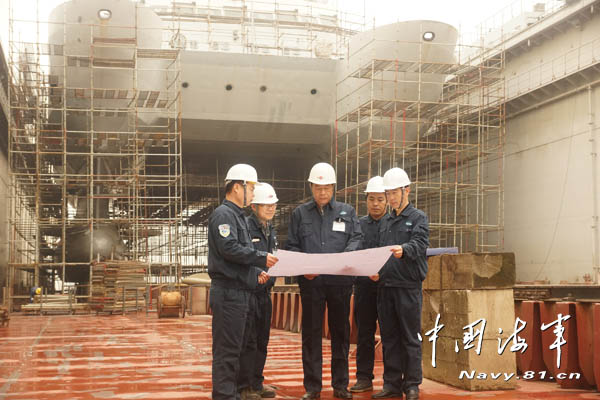 The newspaper said the dock, the Huachuan No. 1, would enable the navy to return damaged ships to fighting capability "in very rapid time" and was designed to be sent into combat zones.

"The ship's launch marks a further breakthrough in shifting repairs to our military's large warships from set spots on the coast to mobility far out at sea," it added, showing a picture of a warship inside the floating dock.

The dock can handle cruisers, destroyers and submarines, but not aircraft carriers, and cope with waves up to 2 meters (6.6 ft) high, it added.

Beijing has invested billions developing its homegrown weapons industry to support its growing maritime ambitions in the disputed South China Sea, the Indian Ocean and the Pacific.

China claims most of the South China Sea, through which more than $5 trillion in global trade passes every year. Vietnam, Malaysia, Brunei, the Philippines and Taiwan have rival claims.

Beijing has also cast an eye towards foreign markets for its comparatively low-cost technology. Its total military budget in 2015 was 886.9 billion yuan ($141.45 billion), up 10 percent from a year earlier.

Posted by Coatepeque at 1:38 PM