Photo of the day: 2 ex-PLAN Ming class submarines in Bangladesh

I found the semi-submersible "Taikang Kou" in this picture is much more interesting than the 2 Mings on its back -- such an amphibious warfare capable asset will be STUFT-ed (Ships Taken Up From Trade)into military service in time of war, I guarantee it. 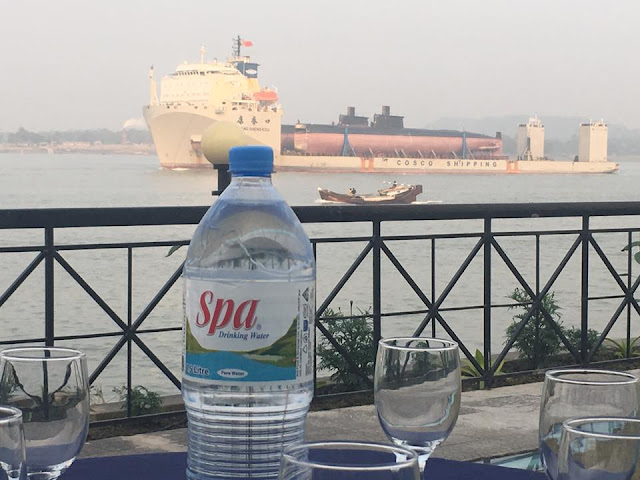 Bangladesh took delivery on Monday of its first submarines, bought from China, as it seeks to boost its naval power in the Bay of Bengal.

Bangladesh navy chief Admiral Nizamuddin Ahmed received the submarines during a ceremony at Liao Nan Shipyard in Liaoning province’s Dalian city, according to a Inter Services Public Relation Directorate release.
The release, signed by ISPR spokeswoman Syed Taposhi Rabeya, reads the type 035G class submarines will become part of the country’s naval fleet at the beginning of next year. The submarines will be named BNS Nabajatra and BNS Joyjatra respectively.

Posted by Coatepeque at 3:37 PM