Another year, another major UAV debut.

What makes the Cloud Shadow stand out is its anti-ship missile payload.  In addition to your normal array of guided missiles and glided bombs, it is sporting a pair of Eagle-Strike YJ-9E (鹰击9E) Anti-Ship Missiles,  YJ-9 is a light variant of the standard YJ-81/83 Antiship Missile found on most of the PLAN mid-size naval vessels.    The YJ-9 was first revealed to public in 2004 on board of a PLAN Z-9D anti-ship helicopter. and now a go-to light-weight ASM for the PLAN.   It is armed with  a 30 kg armor-piercing warhead, has an air launched range of 18km at Mach 0.85 speed.

The YJ-9 can also be carried by L-15 trainer and other light Chinese aircraft for near-shore anti-ship missions. 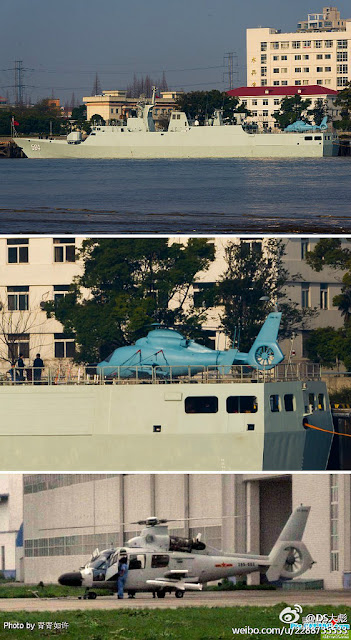 Cloud Shadow with a pair YJ-9E 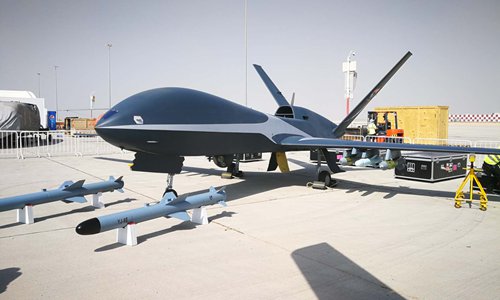 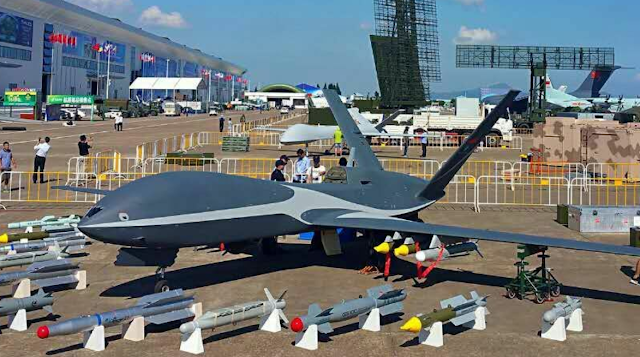 It is the first UAV, or drone, to be exported in the "shadow" series to meet international demand.

In a note sent to the Global Times on Monday, AVIC said the drone has an avionic flight control system, among other features.

With a high-end turbojet engine, the UAV has a cruising altitude higher than the range of most surface-to-air missiles and a speed much faster than the first generation of UAVs.

In a battle with medium intensity, the product can safely conduct fast and extensive intelligence gathering and long-distance precision land/sea attacks, the note said.

There are three types of "Cloud Shadow" UAVs, and the "Cloud Shadow 1", equipped with a high-altitude high-definition CCD camera and synthetic aperture radar (SAR), can capture more than 10,000 square kilometers of optical images per hour at an altitude of 13 kilometers.

The "Cloud Shadow 3", equipped with an SAR as well as an advanced opto-electronic reconnaissance device, can work with multiple types of advanced assault weapons to launch high-altitude reconnaissance and attacks toward targets beyond 50 kilometers.

Since its founding in the late 1950s, the Chengdu branch has successively developed and produced thousands of J-5, J-7, JF-17 and J-10 fighters and exported more than 700 fighters.

AVIC said it will launch more products in the market in the future.