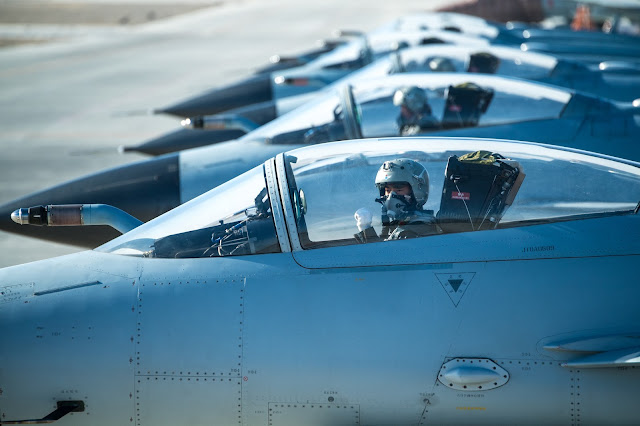 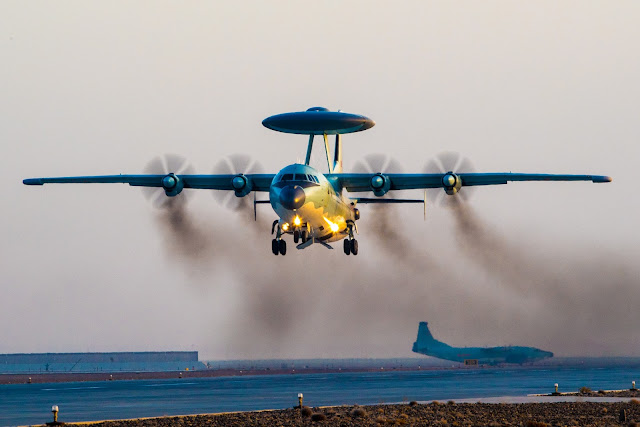 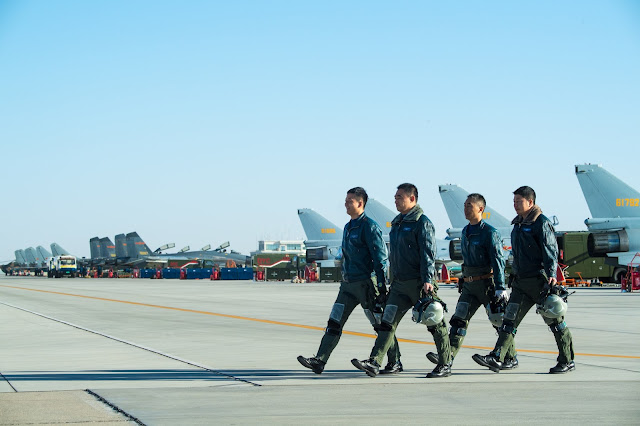 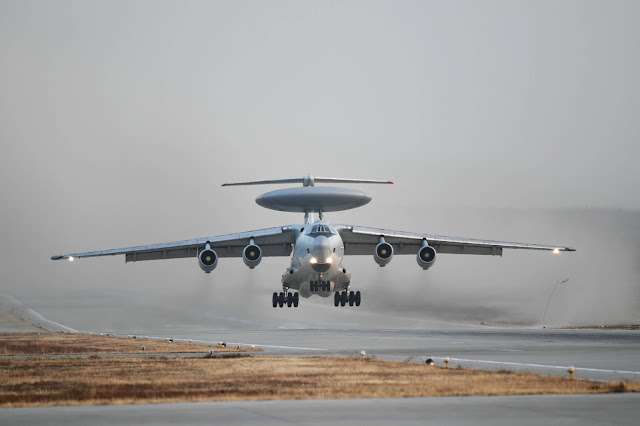 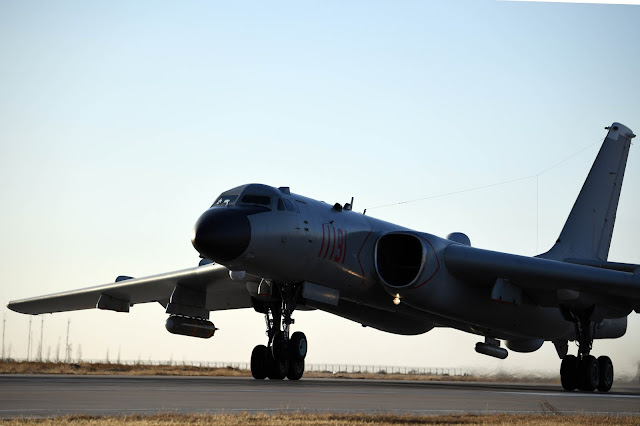 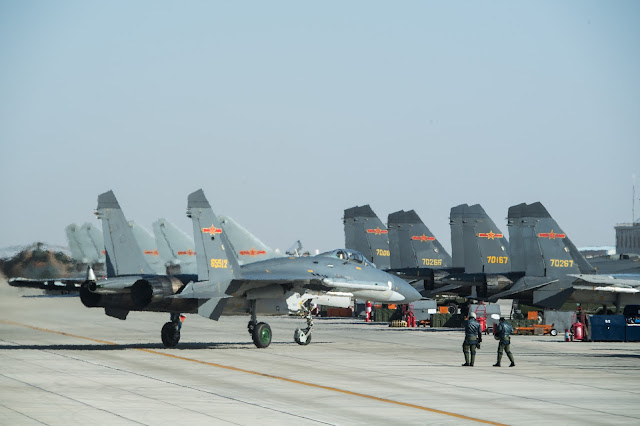 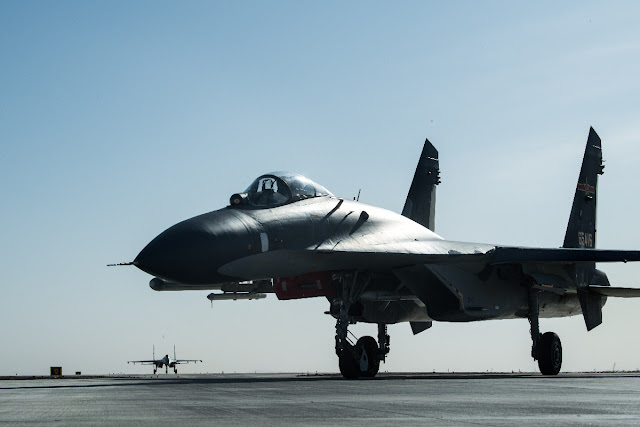 Multi-types of Chinese aircraft taxi on the runway before takeoff during the "Red Sword-2017" systemic confrontation training exercise held by the Chinese PLA Air Force in deep desert in late November, 2017. The "Red Sword-2017", involving various arms of services from the PLA Air Force, such as aviation, ground-to-air missile, radar, electronic countermeasure troops, aimed to beef up the PLA Air Force's systematic combat capabilities. It is one of the four key training brands of the PLA Air Force, along with the "Golden Dart", "Golden Helmet" and "Blue Shield". (eng.chinamil.com.cn/Photo by Fan Yishu)
Posted by Coatepeque at 10:20 PM

What is the difference between the four exercises?