Non-news of the day: The first PLA operator of Norinco's ZTQ-15 105mm light tank is

The 123rd is one of PLA's elite units guarding China's southern flank and considered to be one of Army's major amphibious units.   With that in mind, it is not unreasonable to assume that the 123rd is part of an contingency plan for an island 110 miles east of Fujian province.   Having this new light tank could come in handy, not just for amphibious landing east Fujian but several other scenarios around Southern China as well. 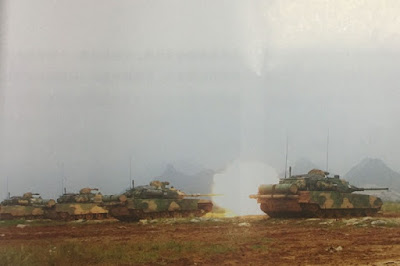