Chinese President Xi Jinping, also general secretary of the Communist Party of China Central Committee and chairman of the Central Military Commission, reviewed the fleet, which consisted of Chinese and foreign vessels.

In heavy fog, a total of 32 Chinese vessels formed into six groups during the fleet review - a submarine group, a destroyer group, a frigate group, an amphibious landing ship group, an auxiliary ship group and an aircraft carrier group.

In addition to China's first aircraft carrier the Liaoning and other advanced warships including the Type 052D destroyer, the PLA Navy also displayed some new vessels for the first time.

Long expected by Chinese military enthusiasts, the Nanchang, China's first Type 055 destroyer, which is painted with the hull number 101, was part of the destroyer group.

Wei Dongxu, a Beijing-based military analyst, told the Global Times on Tuesday that the revelation of the name and hull number indicates Nanchang is already combat-ready.

The Type 055 destroyer will become a new icon to represent the PLA Navy's capabilities and could sail to the high seas, Wei said.

Compared to China's previous destroyers, the Type 055 destroyer can see farther with its active electronically scanned array radar system and deal with targets faster, acting as an information center in a fleet, Wei said, noting that it is also the firepower hub of a fleet as it can carry the most weapons, thanks to its large displacement.

The Type 055 can act as a heavily armed escort for aircraft carriers. Two Type 055s plus a submarine and some smaller destroyers and frigates will form a perfect aircraft carrier combat group, said Xu Guangyu, a senior consultant at the China Arms Control and Disarmament Association.

It can also lead a destroyer fleet without an aircraft carrier, Xu told the Global Times on Tuesday, noting that the Type 055 could operate around the globe, thanks to its speed and long operational range.

In the future, the Type 055 destroyer could also be deployed in antiballistic missile operations, Wei said.

Having a displacement of more than 10,000 tons, the Type 055 is a 180-meter-long, 20-meter-wide guided missile destroyer with a 112 vertical launch missile cells capable of launching a combination of surface-to-air missiles, anti-ship missiles, land-attack missiles and anti-submarine missiles, according to media reports.

The number of vertical launch missile cells is an important indicator of how powerful a warship is, Xu said.

By comparison, China's Type 052D destroyer has only 64, the US' Arleigh Burke-class destroyer has 96, and the US' Ticonderoga-class cruiser has 122, according to media reports. Some even consider the Type 055 a cruiser instead of a destroyer.

In the air, 39 warplanes, including early warning aircraft, reconnaissance, anti-submarine aircraft, bombers, fighter jets and helicopters flew above the fleet.

A total of 18 naval vessels from 13 countries including Russia, India, Japan, South Korea and the Philippines also joined the international fleet review to celebrate the PLA Navy's anniversary.

Looking to the future

While Chinese military experts hailed the parade as a transparent show of the PLA Navy's magnificent development over the past years, they said the development will not stop just yet.

A second Type 055 was launched in April 2018 in Shanghai, and the third and fourth was launched in July 2018 in Dalian, Northeast China's Liaoning Province, media reported. Much more is to come.

Many Chinese military enthusiasts wanted to see the Type 001A - China's second aircraft carrier which is also the country's first domestically built carrier - join the parade. Unfortunately, it did not.

The Type 001A remained at the Dalian Shipyard, where work is progressing on painting its flight deck, which is proceeding very smoothly and seems almost completed, according to photos available on Chinese image service provider IC on Monday.

Although it did not join the fleet review, Chinese military experts said the new carrier will likely enter service within 2019.

In the meantime, China has already started building a third aircraft carrier, the PLA Daily reported on Sunday.

Analysts predict that the third carrier would be larger and feature an electromagnetic catapult to replace the ski jump ramp seen on the previous two, as it would be able to carry more aircraft in both number and type and send them into the air much faster.

The railgun is reportedly installed on a tank landing ship and underwent several trial runs. Chinese naval experts said the weapon could be deployed on a modified version of the Type 055 as soon as the technology matures.

Should the PLA Navy decide to hold another maritime parade in 2029 to mark its 80th anniversary, people may see the three aircraft carrier combat groups with six to eight Type 055 destroyers, Xu predicted. 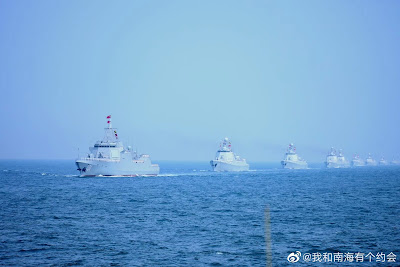 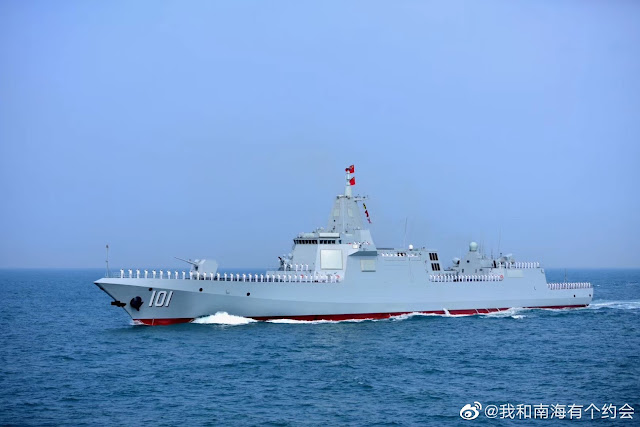 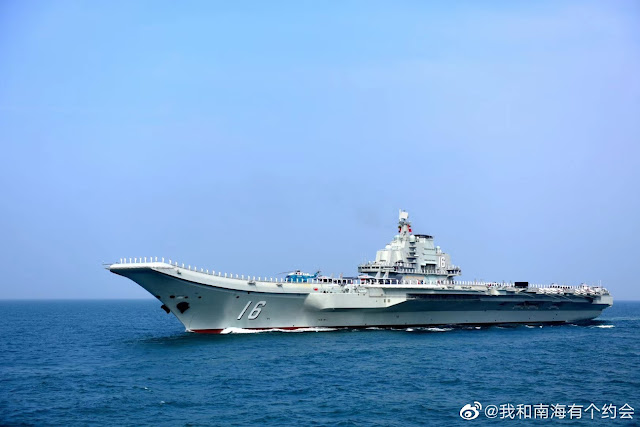 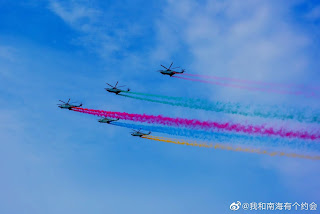 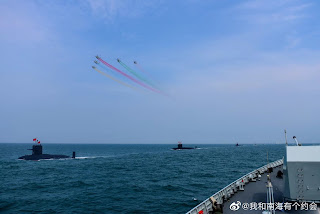 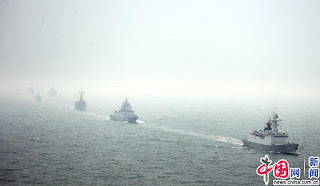 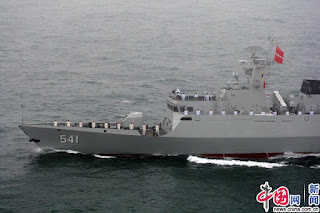 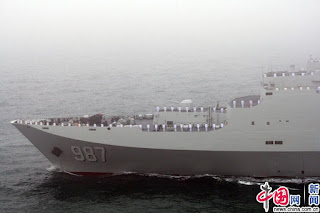 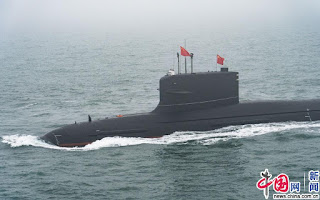 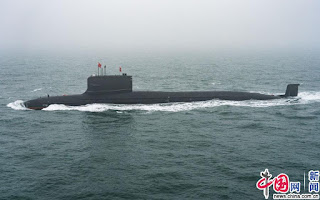 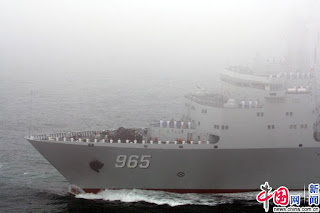 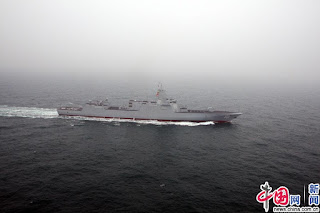 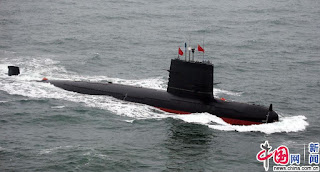 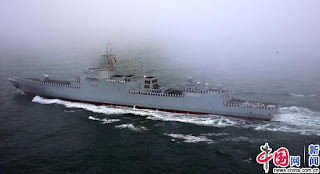 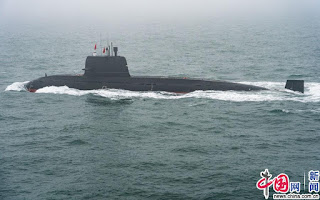