Photo of the day: Our beloved "military genius" showing off his Type98.

SEOUL, South Korea — North Korea’s state-run television called its young untested leader, Kim Jong-un, a “military genius” on Sunday and showed him driving a tank, sitting in the cockpit of a warplane, and interacting with soldiers in a youthful display of camaraderie that was unlike the style of his late father.
The broadcast, a documentary on North Korea’s Central TV, also claimed that Mr. Kim, believed to be in his late 20s, oversaw the April 2009 test-launching of the country’s long-range rocket.
“I had determined to enter a war if the enemies dared to intercept” the rocket, he said in the program 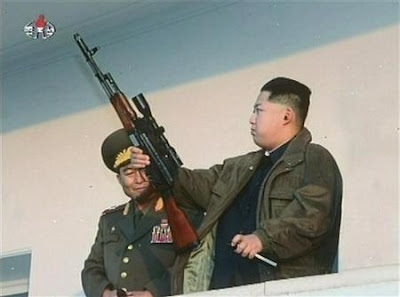 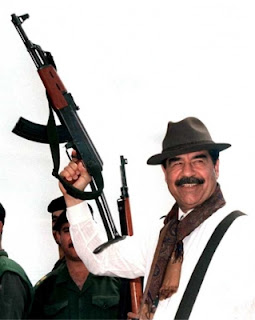