Until the new MA60 MPA enters service, the PLAN will continue to rely on their B-6 bombers for long range patrols over the South China Sea.  A role that the Chinese Tu-16 is clearly ill-suited for, 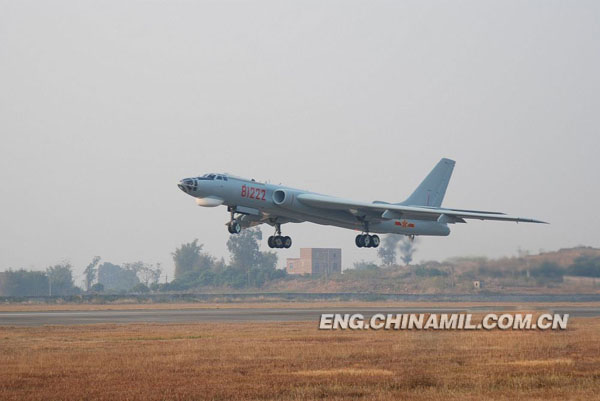 
Recently, a bomber regiment of the aviation force under the South China Sea Fleet of the Navy of the Chinese People’s Liberation Army (PLA) successfully completed the patrolling mission over a sea area of the South China Sea after several hours of continuous flight. It is the first time for the regiment to conduct patrolling and cruising over the sea area. (chinamil.com.cn/Gao Hongwei)