It is not your father's PLA


China will ban the use of military number plates on luxury cars, including Porsche and Bentley, in a crackdown on abuse of vehicle management within the armed forces amid President Xi Jinping’s campaign against corruption.

The change was ordered by the Central Military Commission, headed by Xi, and is part of the military’s effort to reinforce discipline and protect its image, the PLA Daily, the armed forces’ official newspaper, said in a report yesterday.
Enlarge image China’s Military Says No Plates for Porsches in Luxury Crackdown

In a full-page special report in the paper, the People’s Liberation Army logistics department gave a list of luxury autos that will no longer be allowed to use military plates. Photographer: Qilai Shen/Bloomberg

A new license system will go into force on May 1 to clamp down on the sale and use of legal and counterfeit military plates in order to “maintain social harmony, stability and the reputation of the military,” the paper said. Existing plates for all military vehicles will be canceled, it said.

The use of military license plates on luxury cars “is at odds with our army’s glorious tradition and not conducive to building the military’s morals,” according to a commentary in the newspaper. Vehicle management is “a political task to maintain forever the nature, principle and true color of the armed forces,” it said.

In the Internet era, military vehicles have been put in the public spotlight and drivers must “mind their behavior,” the commentary said.

“In recent years, irregularities in the use of military cars have drawn public attention,” the official Xinhua News Agency said in a report yesterday. “Some internet users have posted snapshots on popular Twitter-like microblogs featuring limos with military license plates.”
Detailed List

In a full-page special report in the paper, the People’s Liberation Army logistics department gave a list of luxury autos that will no longer be allowed to use military plates. Banned cars include Mercedes-Benz, BMW, Lincoln, Cadillac, Volkswagen Phaeton, Bentley, Jaguar, Porsche and all-terrain vehicles include Land Rover, Porsche Cayenne and Audi Q7.

Other cars priced at more than 450,000 yuan ($73,000) and with engine capacity of 3.0 liters and above will also be barred from using military license plates, the paper said.

The registration, production and issue of all military license plates will be processed through a computer database so that luxury cars or vehicles exceeding quotas will be automatically rejected, according to the report.

The military has also adopted technology that will match license plates with electronic toll collection cards to detect counterfeit license plates as they pass through toll gates, the newspaper said.

To contact the reporter on this story: Wenxin Fan in Shanghai at wfan19@bloomberg.net

To contact the editor responsible for this story: John Liu at jliu42@bloomberg.net 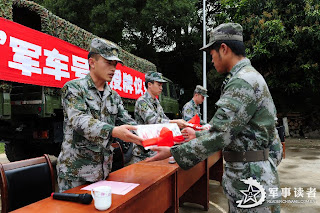 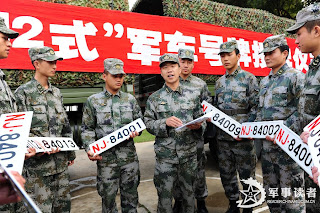 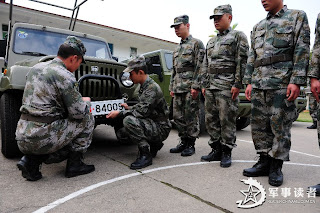