Photos of the day: This one time, at band camp. 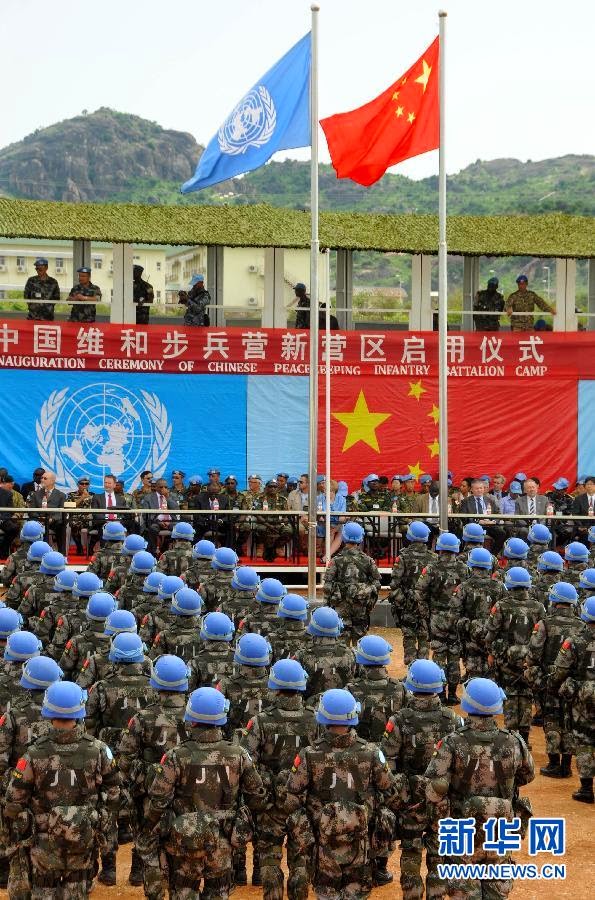 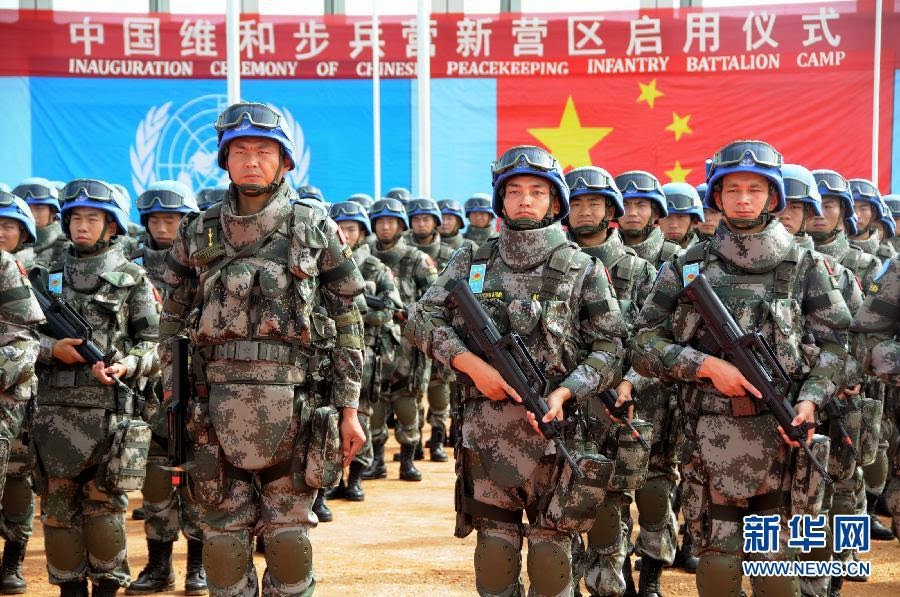 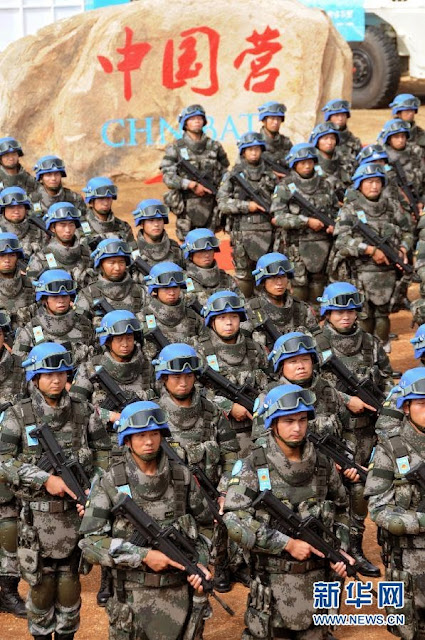 South Sudan suffers instability recently with constant conflicts in its northeastern regions and continuous tensions in the capital Juba. According to the arrangement of the United Nations Mission in South Sudan (UNMISS), the Chinese peacekeeping infantry battalion replaced the Nepalese peacekeeping infantry battalion on May 22 and carried out such tasks as urban patrol, refugee protection and camp defense independently.

Before accepting the above tasks, the Chinese peacekeeping infantry battalion has carried out comprehensive and detailed training and preparations, said Wang Zhen, head of the battalion. They have also launched joint patrol training with other foreign peacekeeping troops to establish sound plans.

Single patrol covered dozens of kilometers and took three-plus hours, the reporter observed during their tour with the patrol detachment. Three soldiers stood on each armed patrol vehicle with guns, facing different directions. In some key sections, they also organized foot patrols.

Many residents along the way showed the thumbs-up sign and some even said hello to the peacekeepers in Chinese. A local shop owner said: "Chinese peacekeeping force is reliable!" 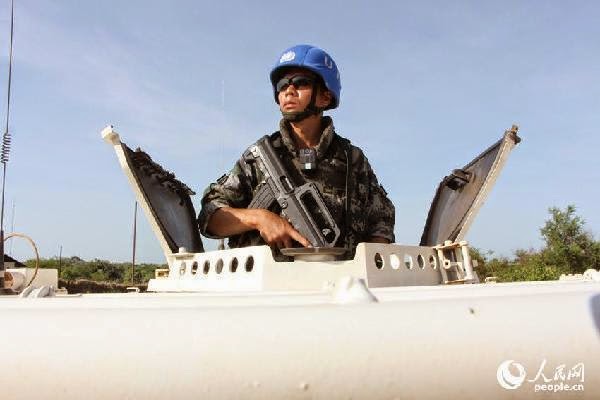 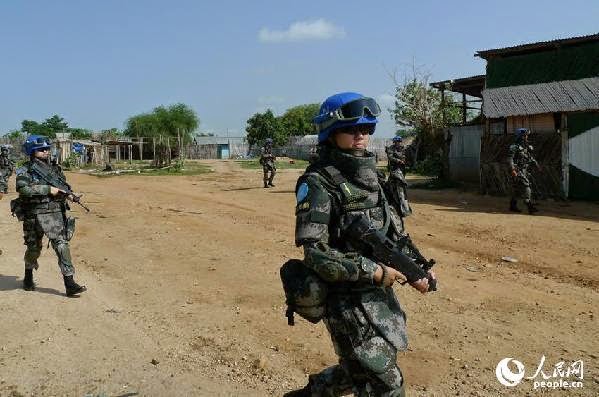 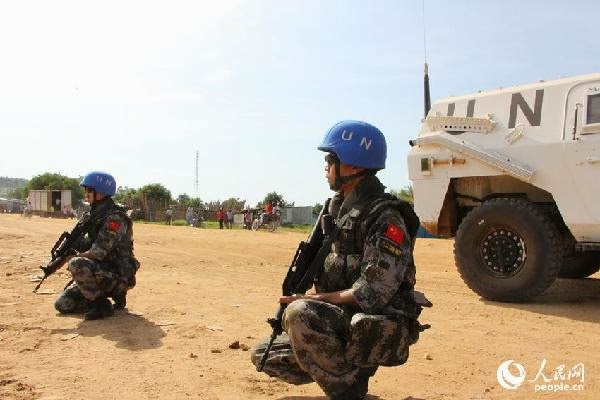