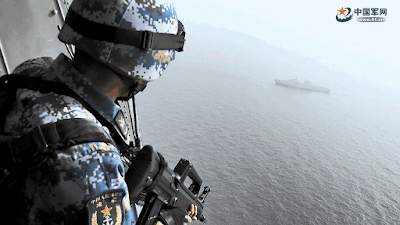 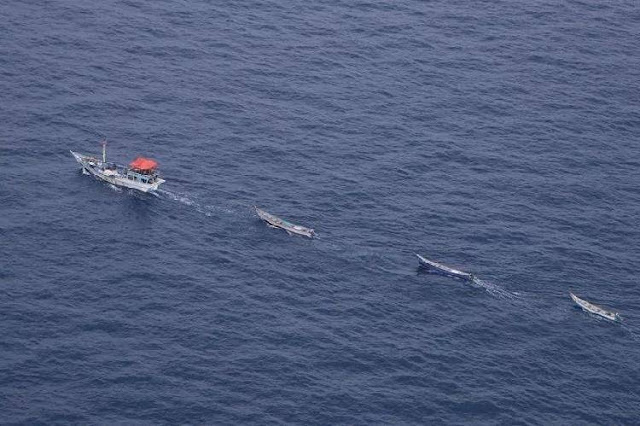 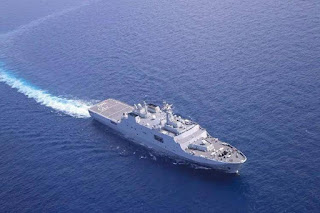 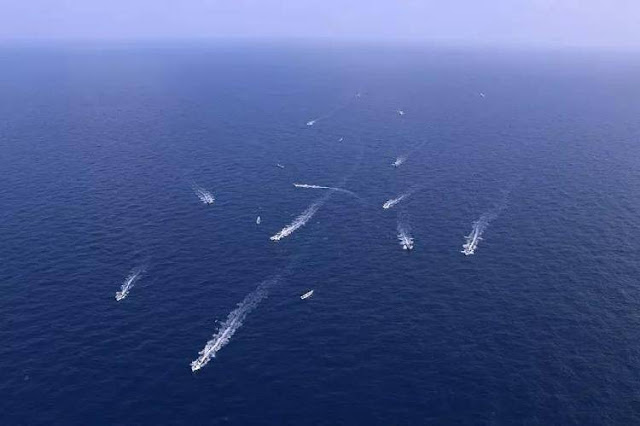 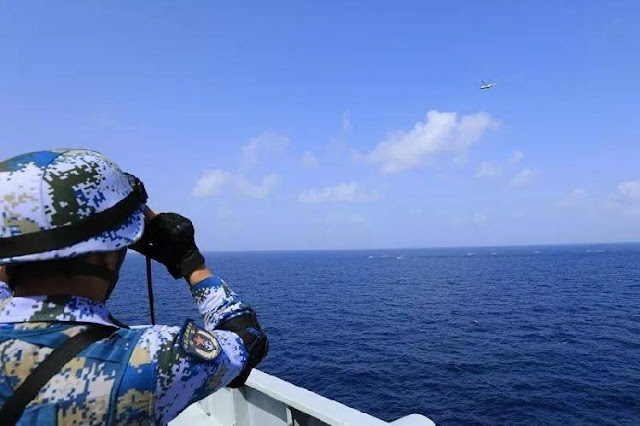 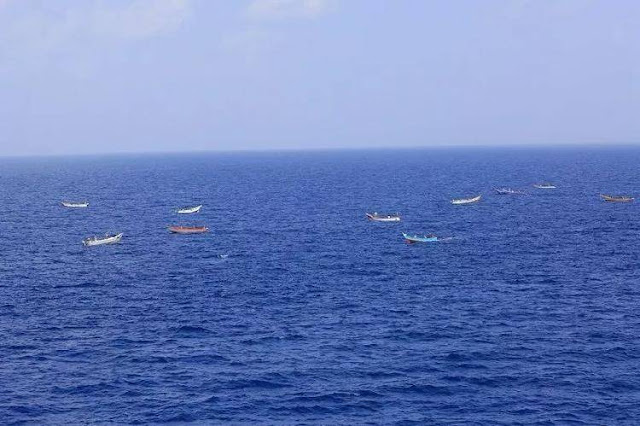 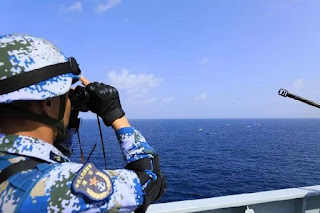 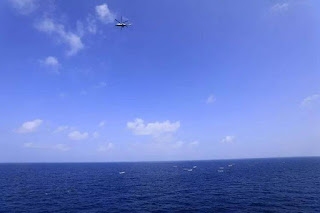 GULF of ADEN, Jan. 25 (ChinaMil) -- The amphibious dock landing ship Kunlunshan (Hull 998) of the 31st Chinese naval escort taskforce successfully deterred six approaching suspected pirate boats during its escorting mission in the Gulf of Aden on the afternoon of January 22nd, local time, ensuring the safety of the merchant ship.

According to reports, the protected merchant ship by the 31st Chinese naval escort taskforce was the Panamanian tanker VICTORIA 267. The tanker is highly vulnerable to pirate attacks due to its slow speed, low freeboard, and weak self-defense capability.

At 14:30 on January 22nd, the radar position on board the Chinese naval ship Kunlunshan suddenly reported: “Azimuth 074, distance 42 chain, we spotted a group of suspicious targets."

“Level I anti-piracy deployment!” As the order from the command post sent out, the battle positions including radars, optoelectronics and heavy machine guns began to closely follow the suspicious targets, ready to respond to any emergencies.

At the same time, two helicopters carrying Chinese special operations soldiers took off from the Chinese ship Kunlunshan. The No. 1 helicopter maneuvered toward the suspicious targets and conducted close-range reconnaissance in midair, while the No. 2 helicopter flew over the vicinity of the protected tanker to conduct patrol and full-time cover.

The video shot by the No. 1 helicopter hovering over the suspicious targets showed that the targets were suspected of six pirate boats. Seeing no opportunity to act, the six suspected pirate boats stopped maneuvering. The Chinese ship Kunlunshan and the protected tanker then resumed their course and speed after leaving the dangerous waters.

At present, the Gulf of Aden and the waters off Somalia are often covered with fog as a result of the monsoon, covering the activities of pirates. The commanding officer of the 31st Chinese naval escort taskforce said that the taskforce will conduct specific training targeting at current pirate activities to ensure that once there is danger, the taskforce can respond quickly and efficiently, so as to ensure the safety of the vessels being protected.

Dock landing ships like the Kunlunshan are uniquely equipped for anti-pirate duty. Many navies are now using them for this task. Thanks for the Norah Jones clip.