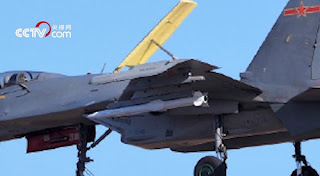 The J-11B fighter jet has become the latest user of China's self-developed world-class air-to-air missile that was feared by senior US military officers, revealed China's national broadcaster on Monday.

A photo appeared on a China Central Television (CCTV) program on Monday shows a J-11B under the People's Liberation Army Air Force carrying a large missile under its wing.

The J-20 stealth fighter jet carried the same type of missile and made public display at the Airshow China 2018 in Zhuhai, South China's Guangdong Province, in November 2018, CCTV reported.

This is the first time a J-11B is spotted carrying this type of missile, the report said.

"Judging from the shape and aerodynamic design plus the J-20 reference, the missile is very likely to be the PL-15 air-to-air missile," Wei Dongxu, a Beijing-based military analyst, told the Global Times on Tuesday.

Wei compared the PL-15 with the US' latest AIM-120 missile, as both have very long effective range that would allow the launch platform to become an airborne sniper, enabling an aircraft to hunt hostile fighters, early warning aircraft and aerial tankers from beyond visual range.

A J-11B fighter jet attached to an aviation brigade of the air force with the PLA Northern Theater Command flies at low altitude through valleys during a flight training exercise on January 8, 2019. Photo: eng.chinamil.com.cn


US media outlet the National Interest said the PL-15's effective range could be much higher than the AIM-120's 180 kilometers, but that could be an exaggeration, according to Wei.

Then-US Air Force general Herbert Carlisle voiced serious concern about the PL-15 missile when it was first made public in 2015, as he called on the US Congress to fund a response, the Bloomberg report said.

Wei said the technology of the PL-15 has matured, so it can now be put on a variety of platforms, including the J-11B.

By equipping the missile, the J-11B's aerial combat capability can be greatly boosted, the CCTV report said.

The J-11B is less advanced than other Chinese fighters like the J-20, and some military observers said the J-11B's radar could be outdated in a way that it cannot see far enough what the PL-15 can hit at maximum range.

But that would not be a problem if the fighter is supported by other warplanes like an early warning aircraft, which can send target data to the J-11B, Wei said.

Dubbed by Chinese military observers as the "aerial trident," the J-20, J-16 and J-10C fighter jets, conducted air defense penetration drills in June 2018, with all of them reportedly carrying the PL-15 missiles. Now the J-11B could join the PL-15 club.a 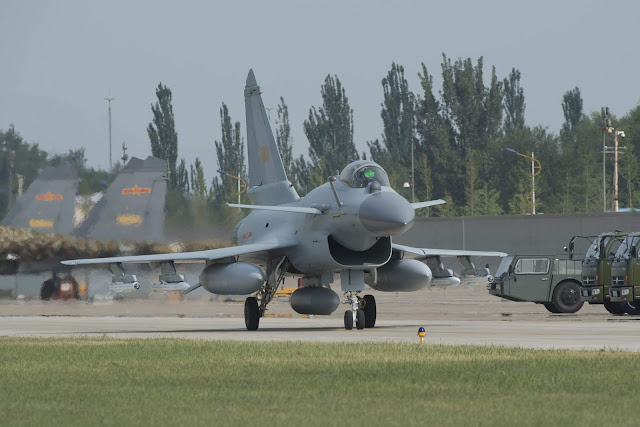 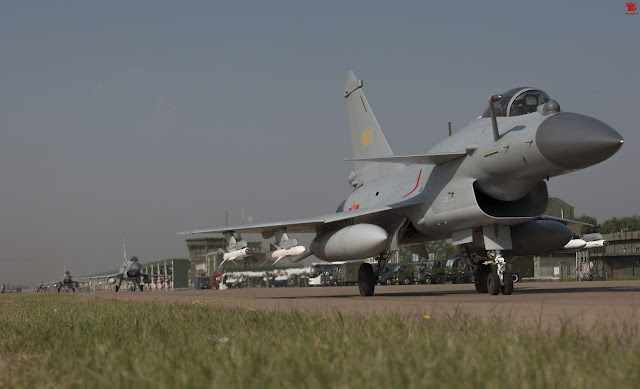 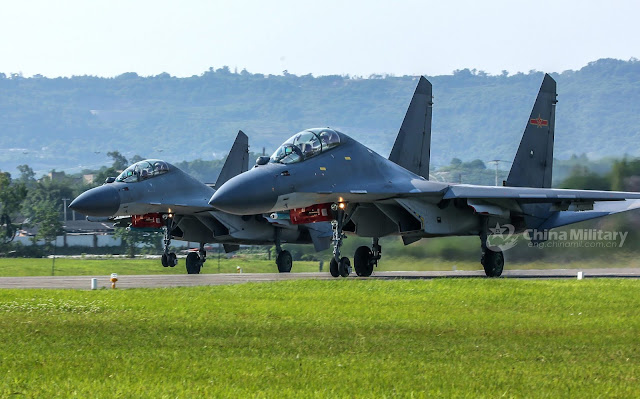 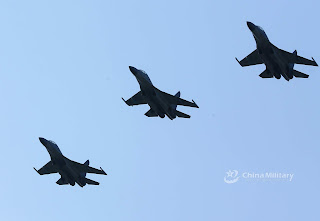 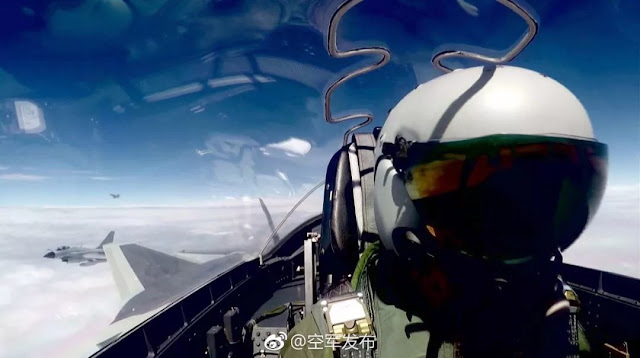 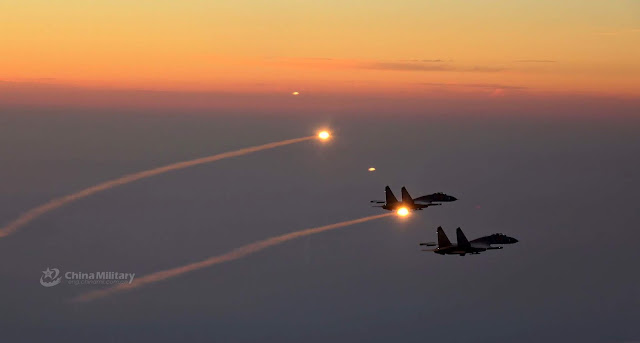 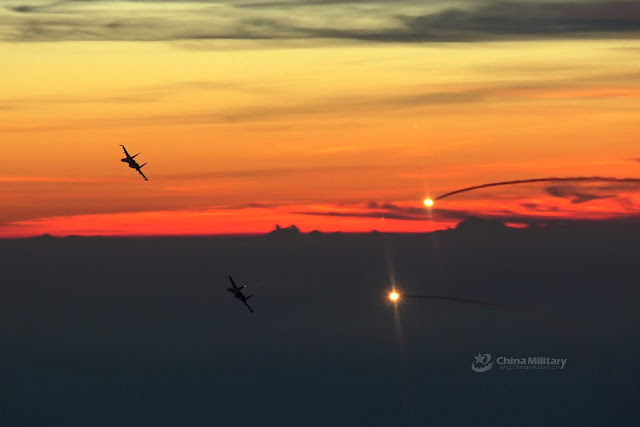 Offical photo of the day: J-11B with next generation of Chinese AAM (PL-10 ASRAAM and PL-15 LRAAM)

Since the 2016 Zhuhai airshow, photos of J-10 and J20 armed with PL-10 ASRAAM and PL-15 LRAA are now a common sight.   PL-10 is China's answer to the US AIM-9X Sidewinder, both with high off-bore sight capability, thrust-vectoring control (TVC) and able to "lock on" via helmet-mounted sights (HMS).  Paring with the PL-10 is the PL-15 LRAAM with a range of 200km, tasked for beyond visual range engagements, similar to US' AIM120-D of the same class.

Judging by this photo released by China's official Xinhua news agency yesterday, the PLAAF has retrofitted their older J-11B heavy fighters with this latest pair of advanced AAM.   They are not just for PLAAF top-of-the-line anymore. 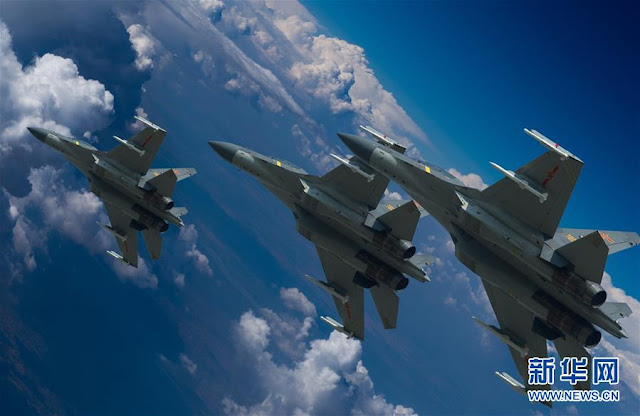 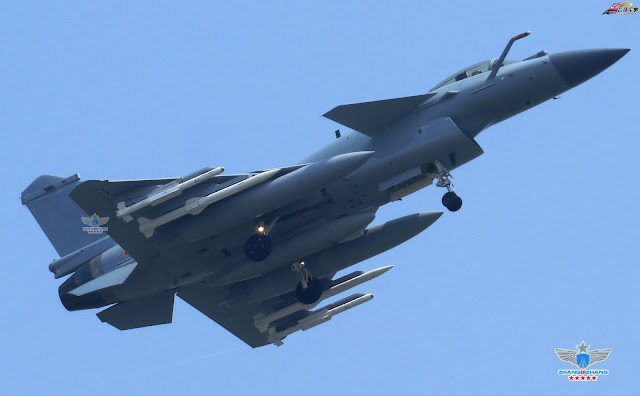 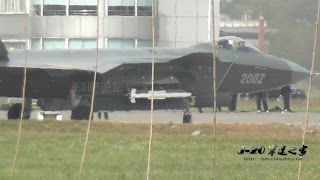 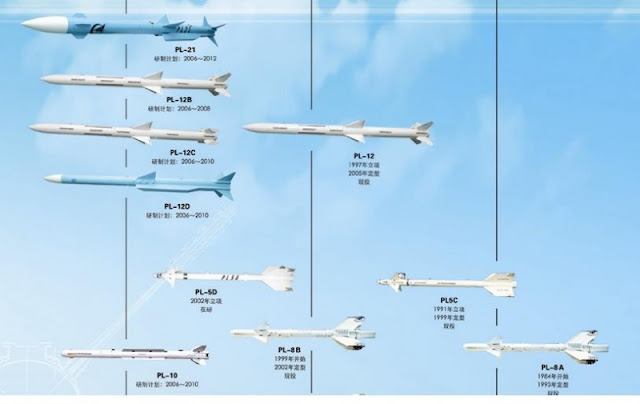 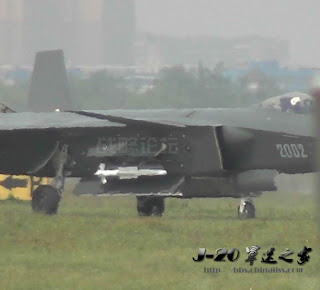 You've provided a real treat for the eyes here. the J-16C photos are some of the clearest that I've seen anywhere, and pictures of J-20 and J-16 are an added bonus.