Due to the successful EU arms embargo, the PLA was forced to abandon projects such as the 022 Fact Attack Craft, Song/Yuan class submarines, Z9 and Z10 attack helicopters....the list is too large to go on.

Joking aside, attempts to lifting the arms embargo by then presidents Jacques Chirac and Gerhard Schroder ended with no result as China passed the "Taiwan Anti-Secession" bill in March 2005. However, with behind the scene maneuvers, PRC seems to be able to gain access to propulsion, communication and other "humanitarian equipment" technologies critical to her defense modernization drive.

UK Trade & Investment, the government export promotion agency, has invited a Chinese military delegation to Britain's biggest arms fair even though China is still the subject of an official European-wide arms export ban.

Approval for the visit was given by ministers in the Foreign and Commonwealth Office and the Ministry of Defence while Lord Mandelson, the business minister responsible for UKTI, was also informed of the invitation, according to UKTI.

The Chinese delegation will consist of 10 military personnel, most holding the rank of general, and will include the Chinese ambassador. They will attend the Defence Systems and Equipment International exhibition, which starts at the ExCel centre on Tuesday.

The news comes as Lord Mandelson begins a five-day trade visit to China, where he is expected to push for increased market access for British companies to the advanced manufacturing, financial and green energy sectors.

"China is an exciting market for UK business," Lord Mandelson said in a recent statement. "My challenge is to promote British exports, encourage Chinese investment in the UK and continue to strengthen our good working relations."

When a Chinese delegation attended the event in 2005, the parliamentary committees on arms export controls expressed "dismay", urging the government to deny countries subject to arms embargoes official "sponsorship" to attend arms fairs in the UK.

But China was invited to DSEi again in 2007 and to the Farnborough air show in 2008, although it did not attend the latter.

Kaye Stearman, a spokesperson for Campaign Against Arms Trade, said: "We are obviously concerned about the prospect of arms going to undemocratic countries that abuse human rights. This is yet another country in the rogue's gallery invited to DSEi."

UKTI said the Chinese delegation would be steered towards humanitarian equipment, such as communications gear and tools for finding victims buried by earthquakes.

It said any purchases would require a licence and would receive strict scrutiny, adding that all of the equipment on display at DSEi was unclassified.

The EU export ban was introduced in 1989 in the wake of the Tiananmen Square massacres but over time EU relations with China have normalised.

The embargo allows for some licensed products to be traded, which have increased in number and value in recent years. 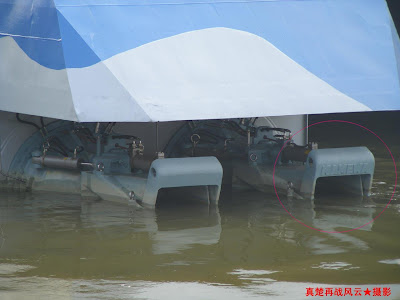 Posted by Coatepeque at 6:40 PM

nice one .thank you so much!
UK trade