The new F-8T fighter was on display for the first time during the 13th annual Beijing International Air Show. This latest J-8 export model was first revealed in an AVIC poster during last year’s Zhuhai air show.

Judging from the specs released, it is sporting a JL-10A X-band airborne pulse Doppler radar and a reconnaissance/EW pod under the forward fuselage, the same radar and pod equipped on later models of the J-8F and T currently in service with the PLAAF.

There is nothing special about this bird except its price as most of its components have been in service for over a decade. If the previous Sino-Russian joint venture of the F-8IIM failed to land any customers, there are doubts this latest attempt will succeed. Coincidentally, a number of Shangyang Aircraft Company’s former employees were critical of the previous J-8 projects in the internet, noting their lack of international marketing experience as a source of embarrassment.

To sum up: they are selling a dated design, using off-the-shelf components for a cheap price. Save money. Live better. 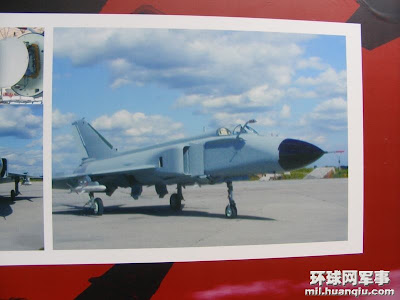 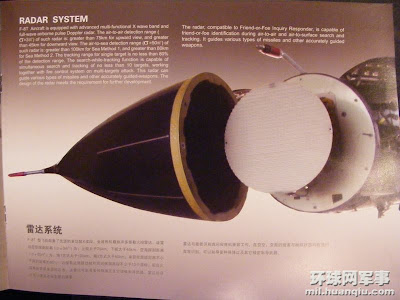 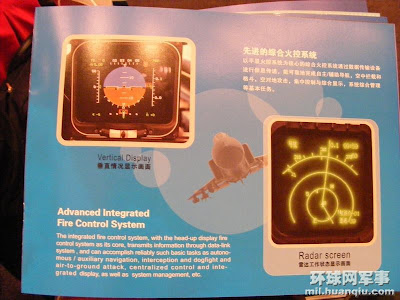 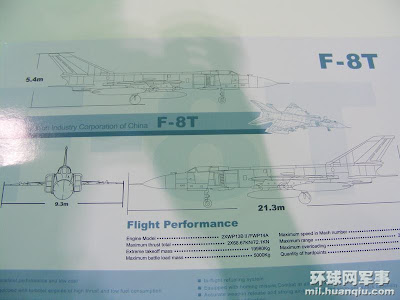 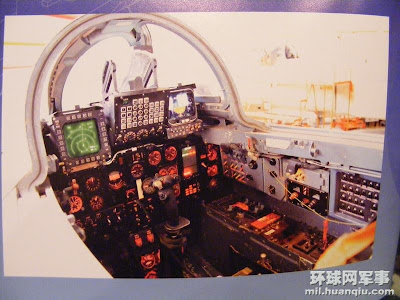 Posted by Coatepeque at 9:46 AM

India would be interested to buy a few of them. Any plans of selling?

This would be a definite stop gap method for them,even though not a potent platform.

could serve as a fast recon plane