Based on last night's rehearsal, here is a possible parade lineup. 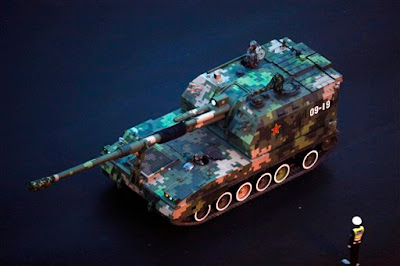 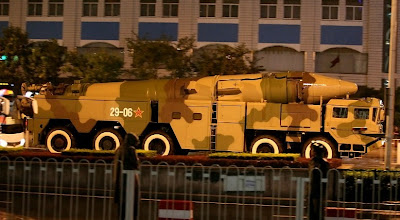 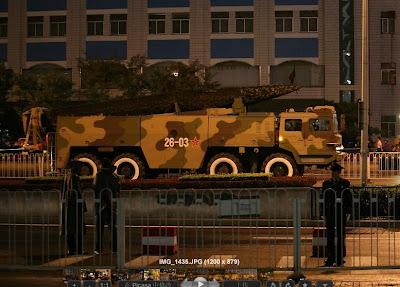 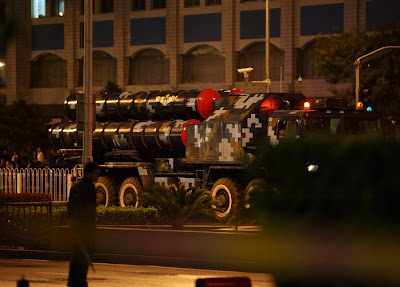 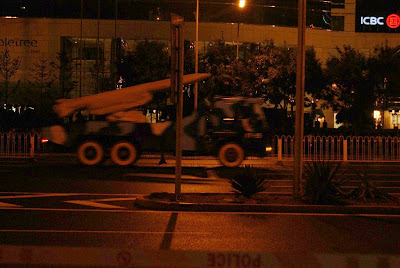 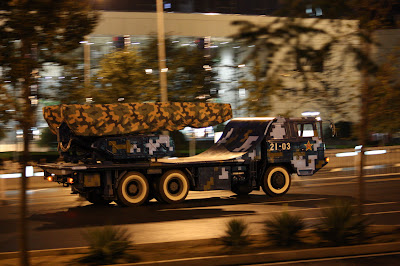 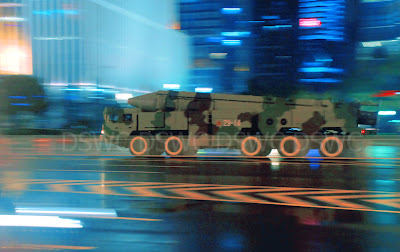 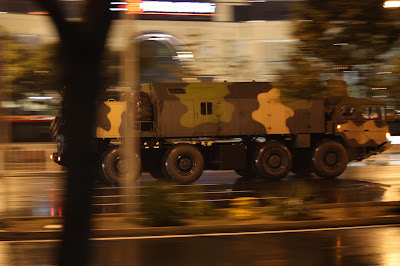 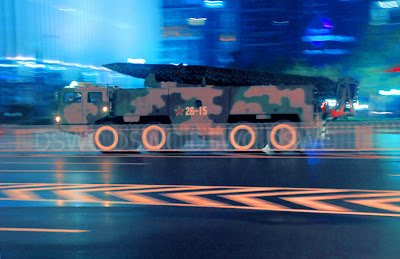 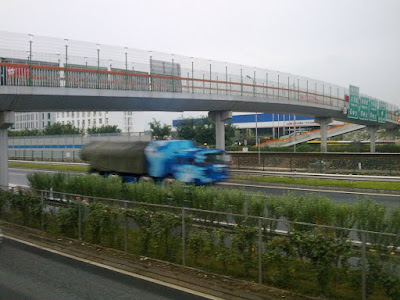 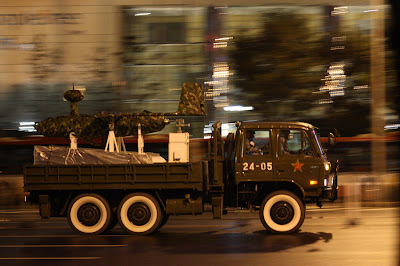 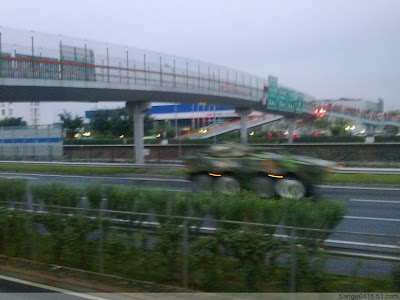 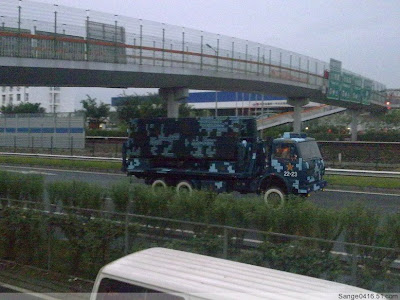 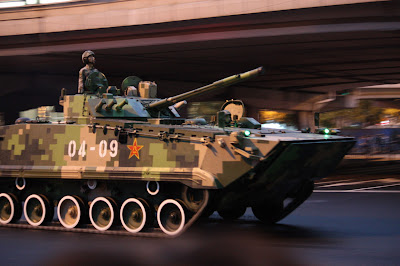 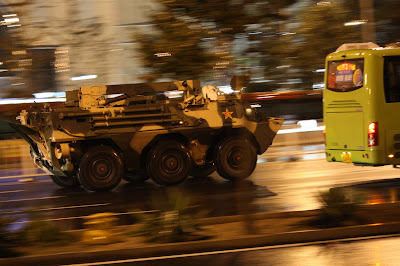 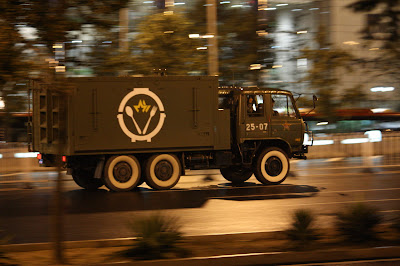 Fork and Spoon? Please excuse me but I prefer this one for emblem 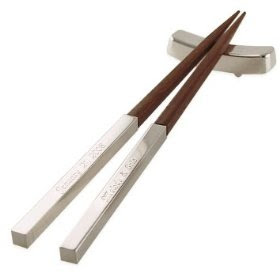 Tanks out in Beijing in 60th anniversary rehearsal

The main east-west artery of Beijing was closed for a rehearsal of the elaborate military parade planned for Oct. 1, when the People's Republic of China celebrates six decades since its founding. The parade is intended to highlight accomplishments China has made in its defense sector.

At least a few hundred military vehicles rumbled toward Chang An Avenue, in front of the Forbidden City, as small groups of onlookers gawked from behind police lines.

Public security has been ramped up in the capital in recent months in a campaign similar to last year's Olympic Games. Authorities have inspected all basements in the city, while some restaurants with roof terraces have been told not to seat patrons on sides overlooking the street.

During a previous rehearsal, hotels along the main Avenue of Eternal Peace were required to keep guests sequestered inside while parade preparations were under way.

Few details have been released about the schedule for the celebrations, but a keynote address from President Hu Jintao is expected, followed by the military parade and performances involving 200,000 people, 60 floats and fireworks.

Beijing has said it plans to show off much of its latest-generation weaponry and reports say the military aspect of the parade will feature entirely homegrown weaponry, highlighting China's rising capabilities in designing and manufacturing military hardware.

Much of that weaponry has been developed in the decade since the last military parade in 1999, underscoring the results of nearly two decades of annual double-digit percentage increases in the defense budget.

Posted by Coatepeque at 8:16 PM

It appears to be carrying a pair of KS-1A missiles, does it not?

No real surprises here for anyone who follows the PLA on the web. The tanks, APC's and IFV's as well as the artillery and support systems are pretty well-known.

I suppose the only real surprise is the decision to display the DF-41 ICBM, which now officially confirms a weapons system that at first was only rumored, and then speculated about, and finally dismissed as non-existent by the West.

I still remember reading several 'authoritative' articles in several well-known Western websites on how there was NO DF-41 missile - only the DF-31A which was (again rumored by the West) claimed to be necessary as the original DF-31 had inadequate range and was somehow defective.

Hmmm, upon hindsight, how embarrassing to be proven so wrong.

w.f.t DF-41, it is still a bit early, maybe the that is the whole purpose of the parade -- to show what you have.

What is with the PLA and whitewall tyres? Whitewall tyres have always looked naff and I'm sorry but they make the PLA look naff too.

Oh, I make fun of their whitewall tyres too.

So far, they only use whitewall tyres during a review/parade.

Good day of Anniversary.Thanks for celebrate.

HID ballast starts the lamp and let the electricity to flow constantly through the bulb to keep the light on. In simply speaking it controls the electrical current running through the glass bulb.