Finally some pictures from the Mobile Six Naval Exercise that has been the hot topic of Chinese military forums of late;  this little 18-ship, 21 aircraft task force combined elements from all three fleets and of course shadowed by the Japanese Navy in due course. 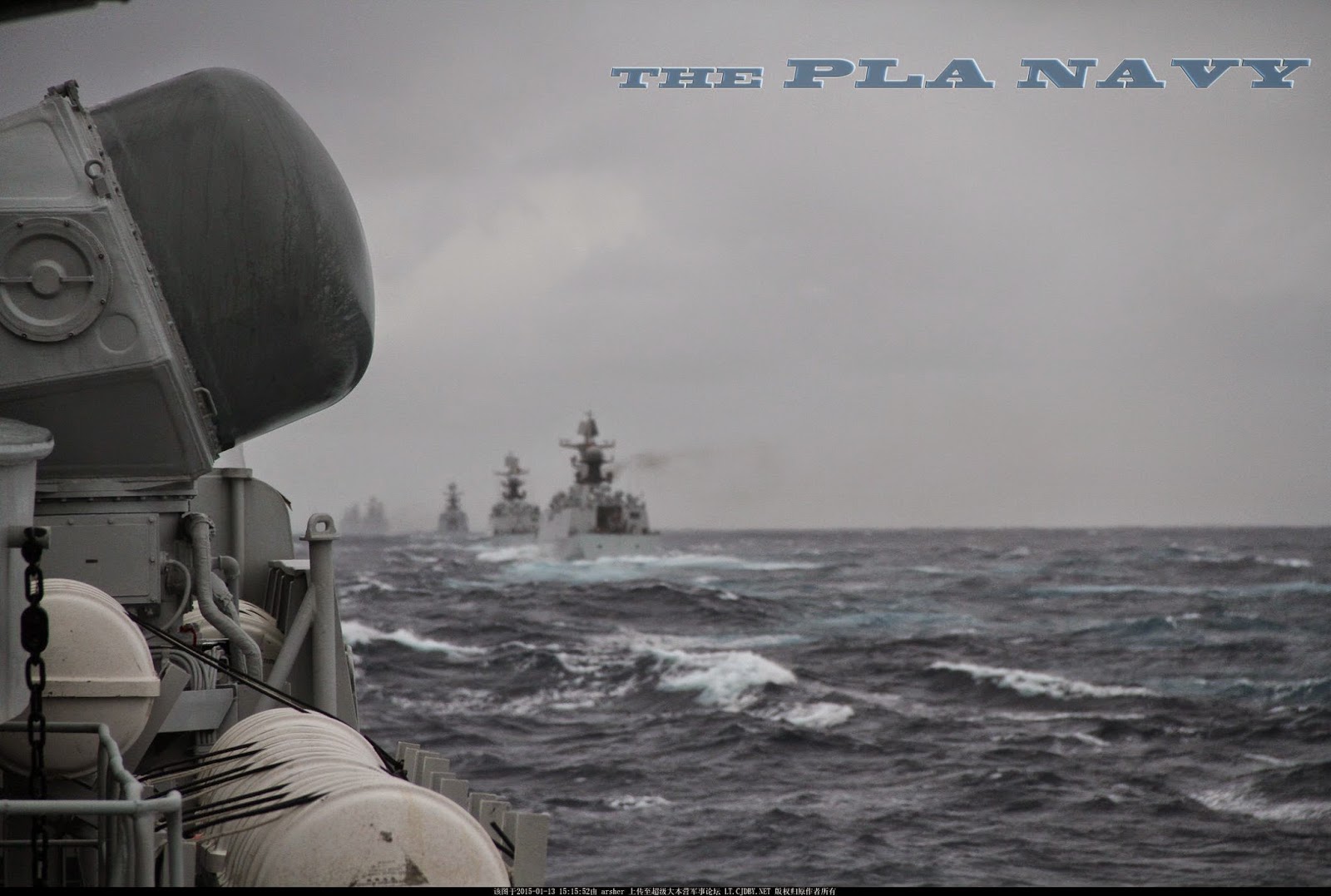 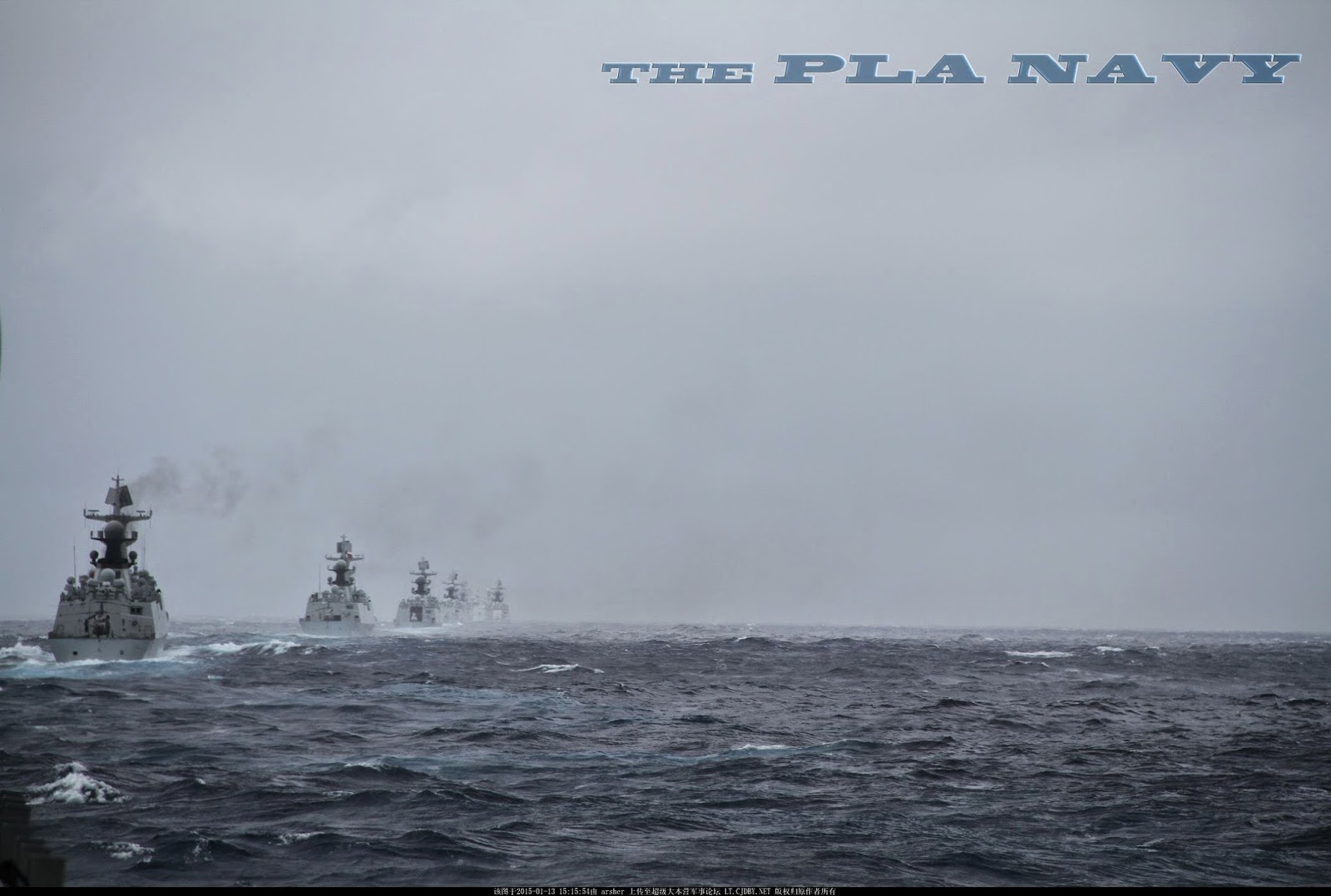 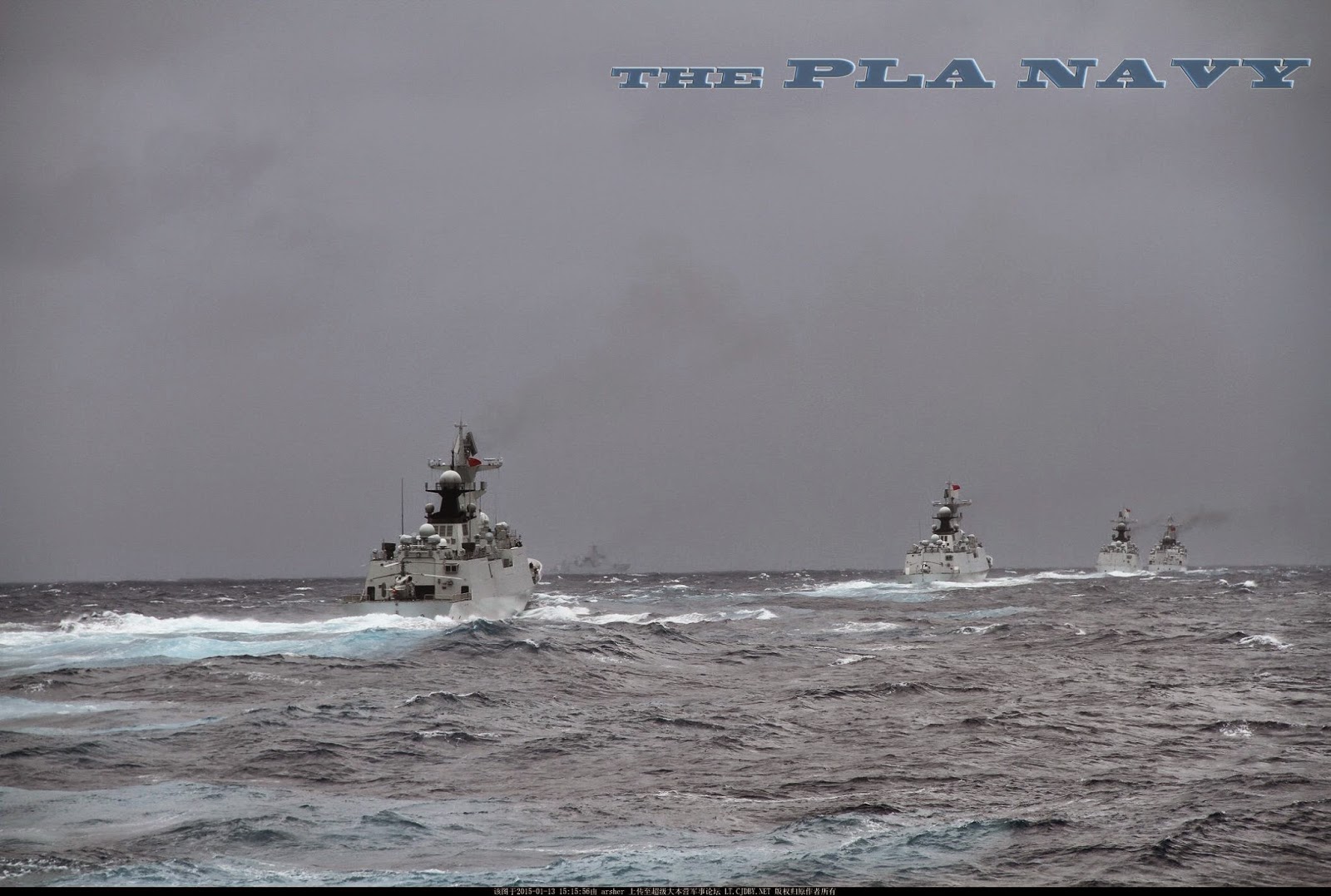 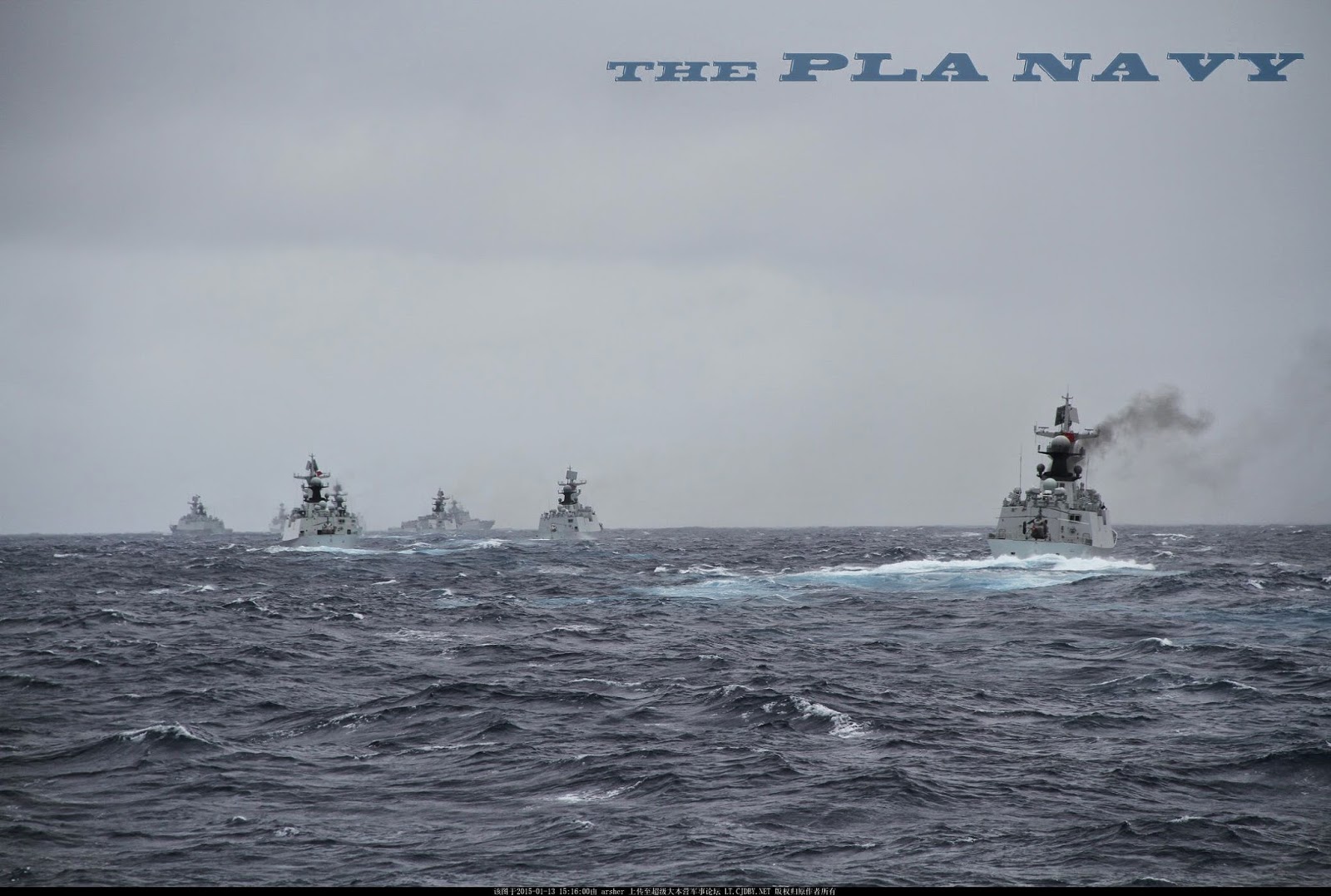 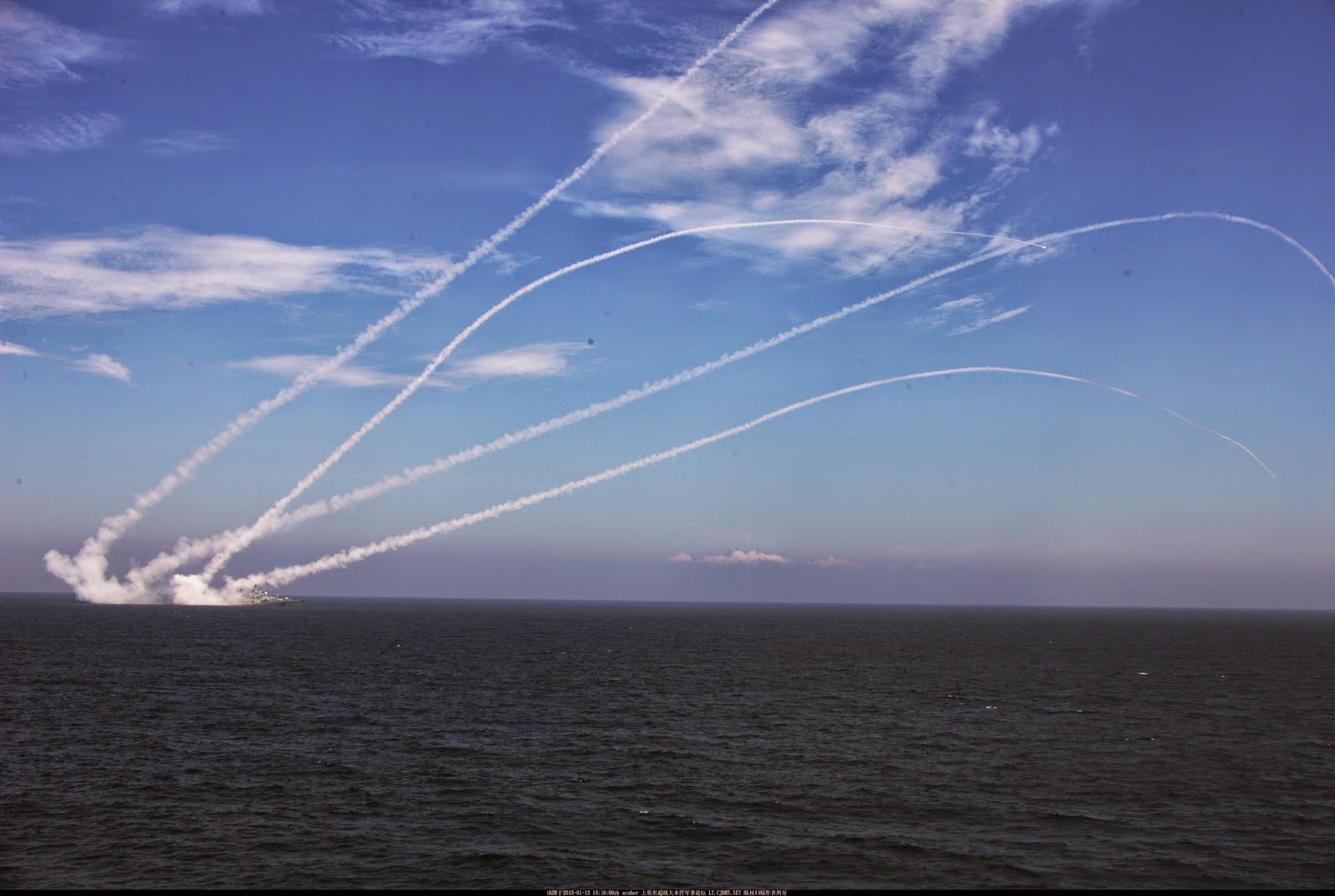 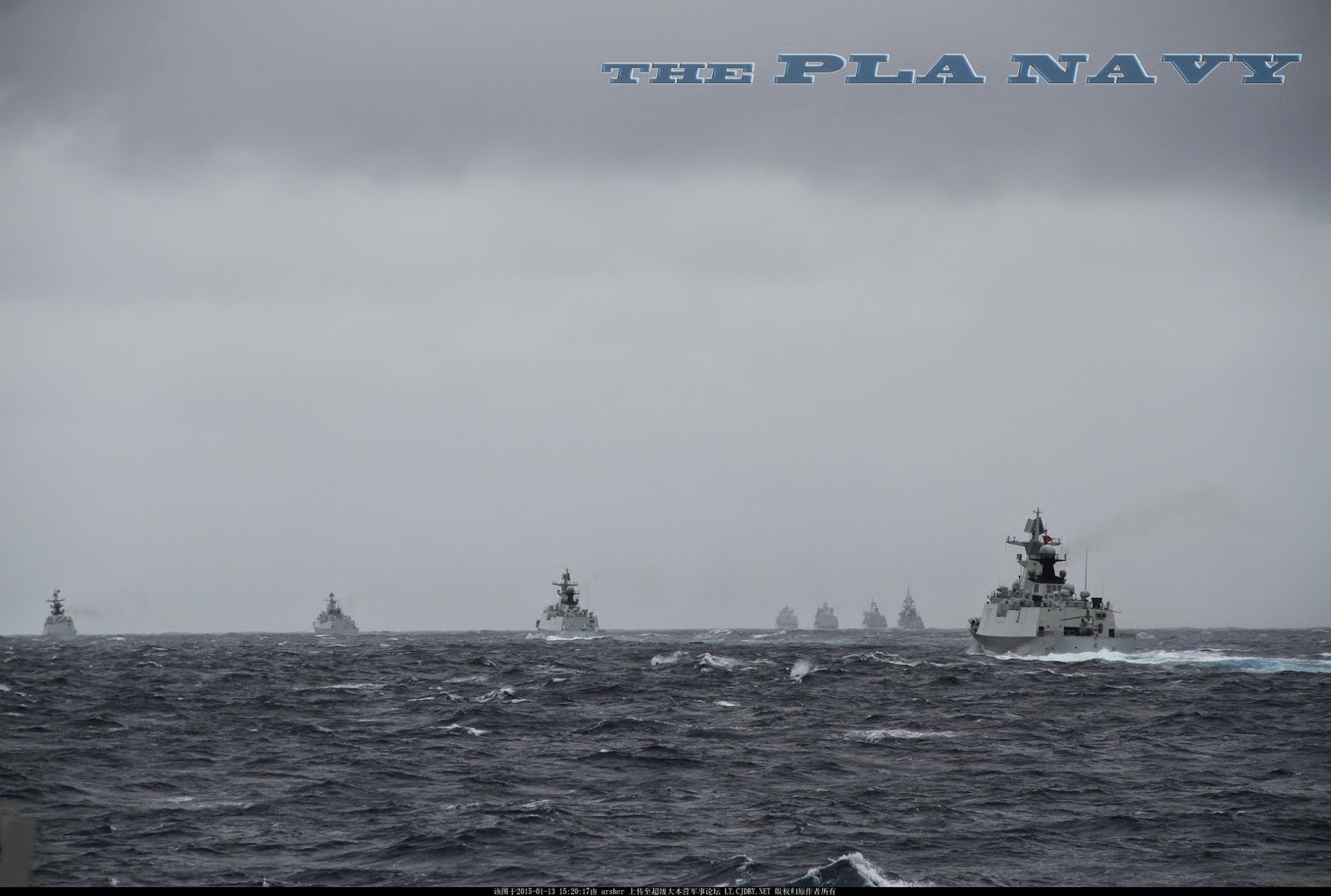 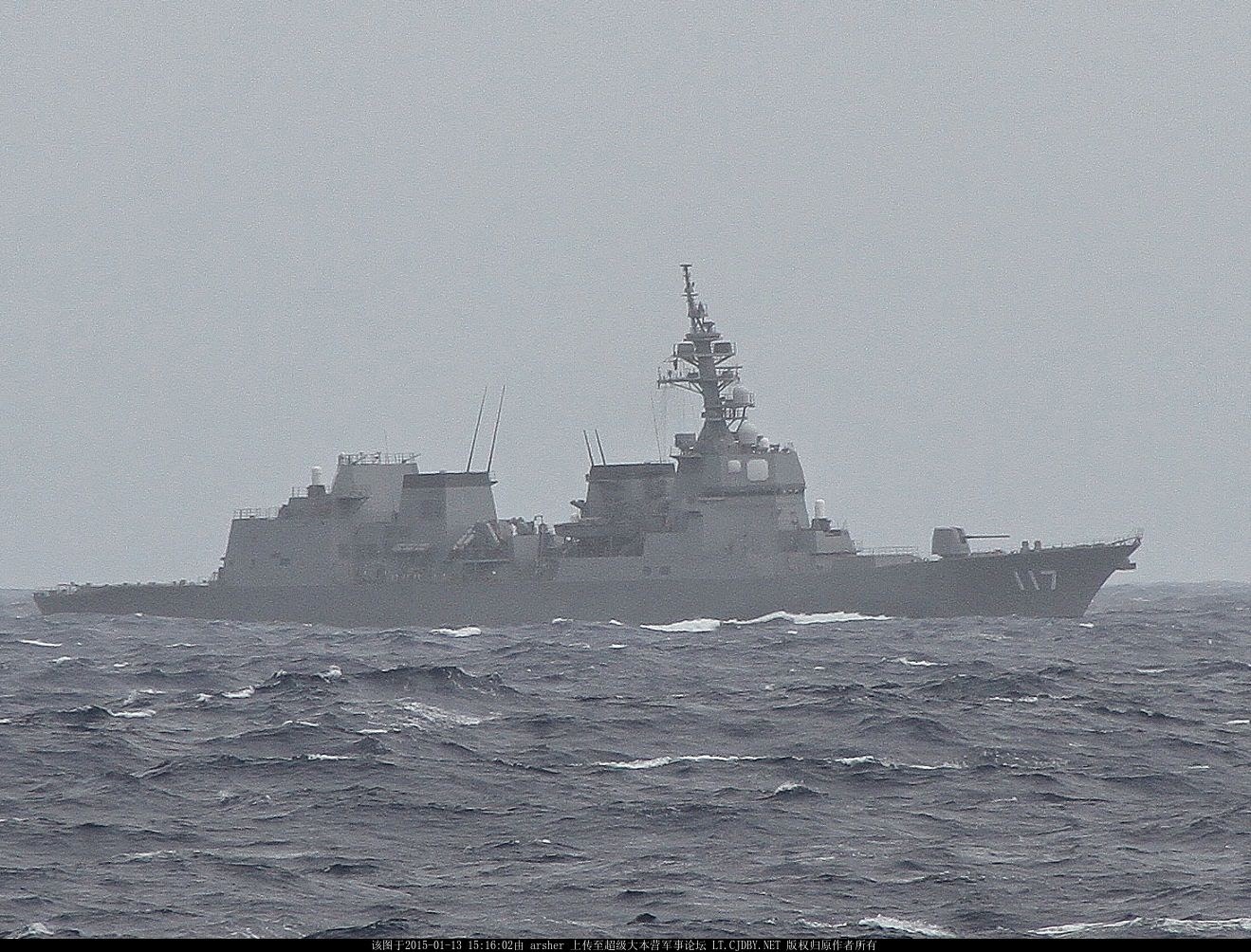 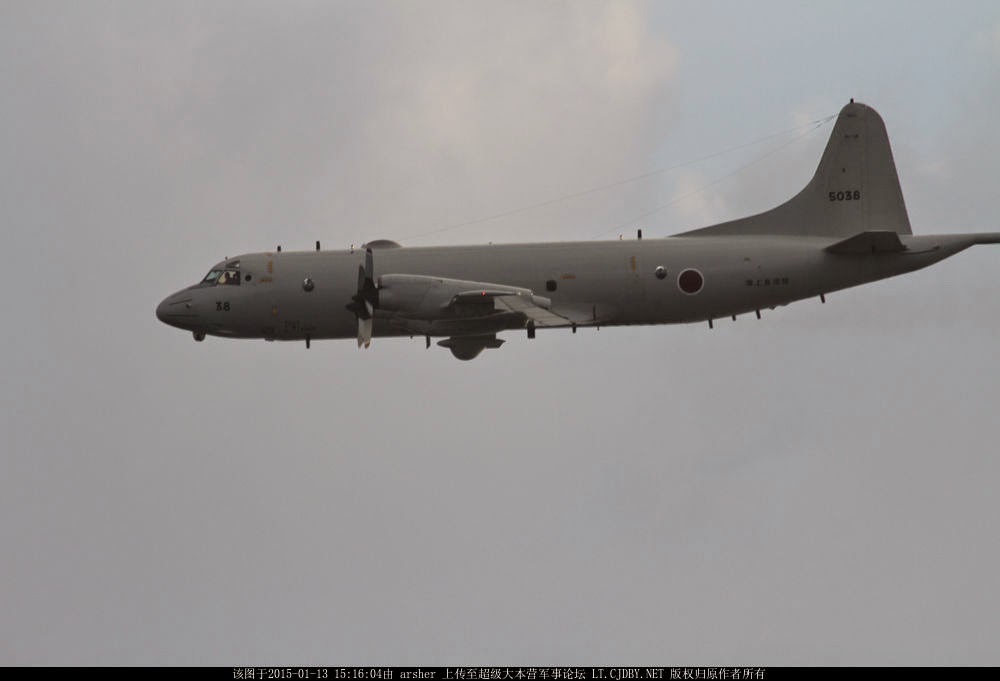 Why PLA keeps low profile about exercise in Western Pacific?

BEIJING, December 17 (ChinaMil) -- The first National Memorial Day of Victims in Nanjing Massacre was held on December 13, 2014. Meanwhile, the Navy of the Chinese People’s Liberation Army (PLAN) carried out a large-scale military exercise in the sea area of the Western Pacific.

However, there was no official report on any details of the exercise, which poses a sharp contrast to the high profile military exercises of the PLA Army, Navy and Air Force in the Bohai Sea, the Yellow Sea, the East China Sea, and the Beibu Gulf on July 25 in celebration of the 120th anniversary of the First Sino-Japanese War.

The Information Office of the Ministry of National Defense (MND) of the People’s Republic of China (PRC) released news on the evening of December 3 that the PLAN will organize warship taskforces to relevant waters of the Western Pacific for open sea training.

The Joint Staff Council of the Japanese Ministry of Defense released news on December 4 that at about 05:00 that day, the Japanese destroyer “Asayuki” followed the type-051C destroyer “Shijiazhuang”, type-052 destroyer “Harbin”, type-054A frigate “Yantai” and “Yancheng” and supply ship “Taihu Lake” under the North China Sea Fleet of the PLAN across the Osumi Strait into the Pacific Ocean.

Although the taskforce of the South China Sea Fleet of the PLAN was not made public, analysis showed that it was a joint military exercise of the three major fleets of the PLAN. The Chinese military dispatched four batches of airplanes to fly to the Western Pacific over the Miyako Strait from December 4 to 12, which was regarded as cooperating in the military exercise in that area.

The PLAN didn’t report on this military exercise, which poses a contrast to the timely information release by the official media such as CCTV and PLA Daily about the series of large-scale military exercises carried out by China this year in order to improve the troops’ actual-combat capability.

Another contrast is that on July 25, 2014, the 120th anniversary of the First Sino-Japanese War, the Chinese military held exercises in the Bohai Sea, the Yellow Sea, the East China Sea and the Beibu Gulf of the South China Sea at the same time.

Regarding this exercise in the Western Pacific, the MND noted that the training of the PLAN vessels and airplanes in the Western Pacific is a routine deployment in the annual plan and complies with international laws and conventions. The MND urged relevant countries to respect the freedom of voyage and over-flight of the PLAN vessels and airplanes in accordance with international laws, and confirmed that China will continue to carry out open sea trainings in that sea area in future.

According to military experts, that China didn’t report on the Western Pacific exercise is based on diplomatic considerations. The surrounding situations around China have become increasingly complicated, the China-Japan, China-Philippines and China-Vietnam relations are highly sensitive, and there is also the more important U.S. factor behind them. Analysts held that China’s decision to carry out this exercise without publicity is based on considerations for national interests, so that there will be no excuse for other countries to hype up the “China threat” theory.

Military experts also believed that both diplomatic policies and military operations are aimed to preserve national interests. They complement and support each other although with different priorities.

However, hawkish members in the military deemed that China’s military operations constitute an important symbol of preserving national interests, and there is no need to appear weak to the outside world.

Japan did not hype up this exercise either, and held a general election in the same period that the PLAN carried out trainings in the Western Pacific. Japanese Prime Minister Shinzo Abe won an overwhelming victory in the selection of the House of Representatives on December 14.

The Chinese and Japanese heads of state had the first meeting in three years at the APEC Summit held in Beijing in November this year. Previously, the two countries reached four principled consensuses on upholding the principles and spirit of the four political documents between China and Japan and correctly looking at and properly dealing with relevant issues. The unprecedentedly tense bilateral relations that lasted more than two years eventually came to a significant turning point, and China and Japan took the first step on improving their relations.

Posted by Coatepeque at 6:41 PM