Photos of the day: BYOB to the party

BEIJING, July 21 (ChinaMil) -- At the invitation of the Ministry of Defence of the Russian Federation, the Chinese People's Liberation Army (PLA) will form groups to participate in the 2015 World Military Games in Russia from July to August in 2015, according to the Ministry of National Defense of the People's Republic of China.

The PLA will send a team formed by troops from Shenyang, Beijing, Ji'nan, Nanjing and Guangzhou Military Area Commands and from the Navy and Air Force to participate in the Games. The team is made up of 531 people and will take part in all the 12 competition items.

Initiated by Russia in 2013, the Games used to be known as the "Tank Biathlon World Championship". With the arms and events greatly increased in number this year, which involves more than 10 arms and items, such as armored forces, artillery forces, reconnaissance, marine corps, aviation forces of the air force, and airborne troops, the "Tank Biathlon" is now known as the "Olympic Games for the Army".

The equipment and materials to be used by the PLA in the Games were already transported by rail from Manzhouli on July 9, and will arrive in each competition area successively in late July, according to sources.

Military experts believed that as the war forms change quickly, the army has taken on more and more combat tasks, and thus sped up the segmentation and development of the army's arms.

Professor Han Xudong with Strategic Department of the PLA National Defense University (NDU) believed that this Games can better showcase the overall situation of the army from each participating country. The Chinese army's participation in such competition can not only temper its combat capability, but also demonstrate its confidence and openness to the world.

1. From " Tank Biathlon World Championship " to "Olympic Games for the Army"

China participated in that competition for the first time. Russia initiated this series of competition in 2013, and invited the CIS countries such as Belarus, Kazakstan and Armenia to participate in. Russia decided to expand the scale of the "Tank Biathlon" at the end of that year, and turn the competition into a stage where outstanding tank soldiers from various countries compete with each other.

In 2014, there were 12 countries participating in the second "Tank Biathlon ", and more than 20 countries sent their military observers. The competition was known as the "Tank World Championship ". In the face of the old-time international powerful army forces such as Russia, the Chinese team showcased the high level of the PLA army in its "first show", and won the third place in the team competition.

"The number of events for this year is greatly increased, and the competition is more than just about duels among main battle tanks," said Han Xudong.

"This Olympic Games for the Army places stress on the army's multi-arms combat capability, which can better showcase the overall development of each participating country," added Han Xudong.

In fact, this international military competition has kept increasing its subjects and difficulty since its birth. In 2014, the "Tank Biathlon" specifically included the physical stamina event based on the competition in the previous year and targeting the actual combat environment where personnel and equipment consumption is extremely great. The Chinese team got the highest total score in this event.

The participating countries made preparations for this "Olympic Games for the Army" very early in order to get good results. Colonel Kochetkov, director of the Press Section of the Western Military District of Russia, told the media at a press conference as early as June this year that the experts from China, Egypt and Belarus, etc. had conducted on-the-spot inspections on the shooting range of the Western Military District of Russia which is a proposed competition venue.

2. China is the only team carrying its own equipment to participate in the Games

In this competition, competitors compete not only tactically, but also technically. Other participating countries all use Russian-made T-72B main battle tanks. The Chinese team is the only team that carries its own equipment, which shows its confidence in its homemade equipment.

The inspiration for the "Tank Biathlon" came from the sport of biathlon. The competition simulates the rules for relays in skiing, and provides that the tank crew must drive the tank for 20 kilometers. During this period, the tank must not only pass various obstacles and complex terrains, but also fulfill the designated fire missions, such as attacking the simulated tank targets as well as low-flying helicopters 900 to 2200 meters above the ground.

This competition has been famous for its high difficulty since its advent, with its difficulty increasing year by year. For example, the first competition in 2013 mainly evaluated the ability of the tank crew to drive the tank through rugged and complex terrains, overcome various obstacles and shoot. The second competition greatly increased the difficulty of competition. It set subjects more complexly and flexibly.

Military experts believed that the overall difficulty of this "Olympic Games for the Army" will be higher than those in all the previous games. Han Xudong believed that inclusion of the aviation troops and airborne troops from the air forces will be a major attraction of this competition.

As the leading role in all the previous competitions, the main battle tank is still another major attraction on the competition terrain. In 2014, China's main battle tank for the second "Tank Biathlon" was the ZTZ-96A tank from the PLA Nanjing Military Area Command (MAC).

Petrovskiy, academician with Russian Academy of Military Sciences, said in an interview that the Chinese team is the only team that carries its own equipment, which shows its confidence in its homemade equipment. Petrovskiy pointed out that in this competition, competitors compete not only tactically, but also technically. "China brings its homemade tanks into the competition, which increases the actual combat degree of the competition."

The head of the Chinese team said after the second competition was over that this is the first time for the battle equipment of the Chinese army to have gone abroad to participate in an international competition. Some analysts believe that considering the fact that the ZTZ-96A main battle tank was basically equivalent to the Russian-made T-72B tank in terms of overall strength in last year's competition, it is very likely for China to dispatch this tank again this year, and the Russian military will perhaps continue to dispatch the modified T-72B tank to participate in the competition.

Domestic military experts said that the "Tank Biathlon" not only tests the tank's overall performance such as mobility and firing stability, but also tests the professional ability of the tank crew, such as driving, firing and team collaboration.

In addition, by going abroad to participate in competitions, China's armored forces can not only observe the "operation" tactics of foreign counterparts in driving tanks, but also have the chance to know about the performance of foreign main battle tanks.

Now such competitions as the "Olympic Games for the Army" have made it possible to conduct military exchanges among services and arms of China and Russia, which makes up for the relative deficiency of the "low-level" cooperation in the past, and reflects an increasingly in-depth development trend from "high-to-low" in the China-Russian military exchanges, Han added. 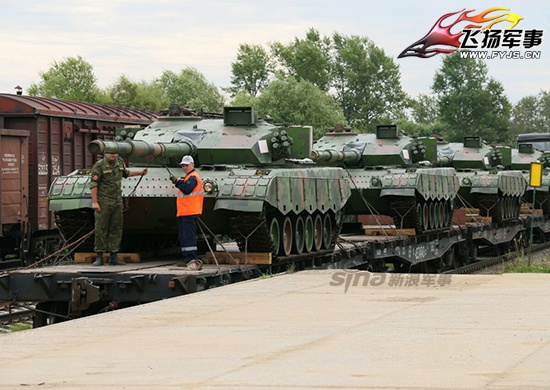 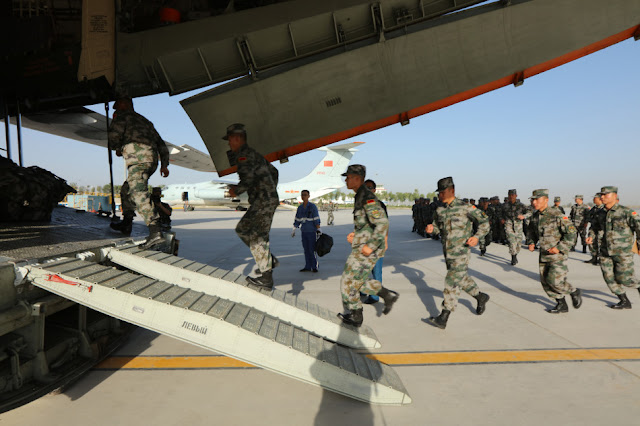 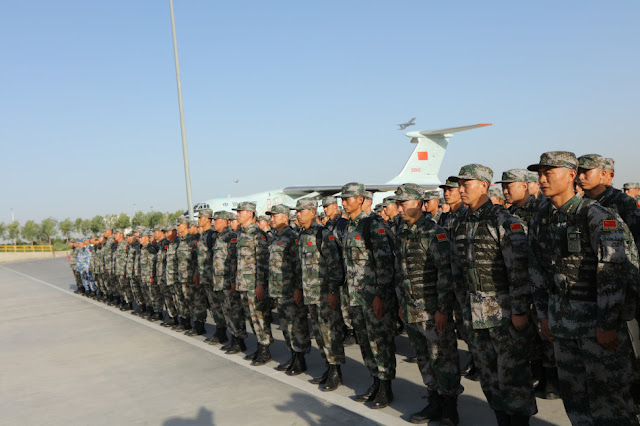 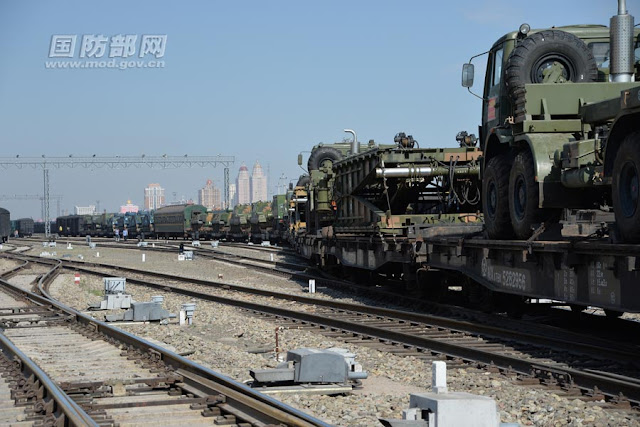 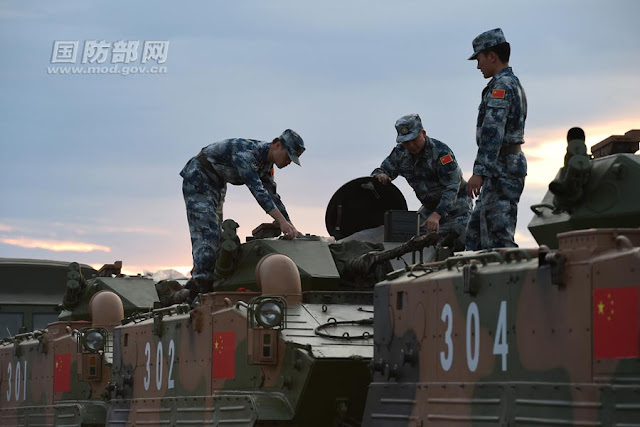 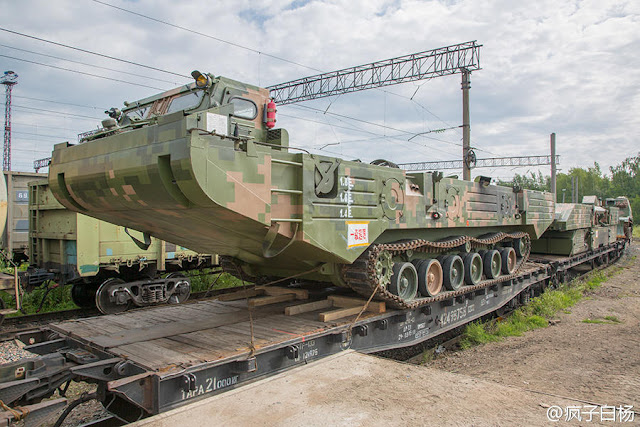 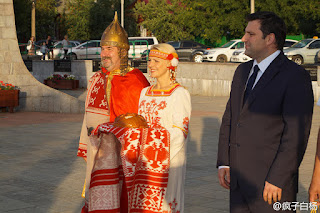 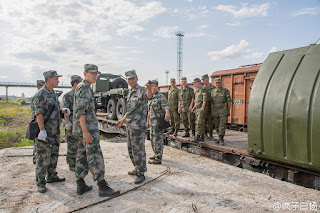 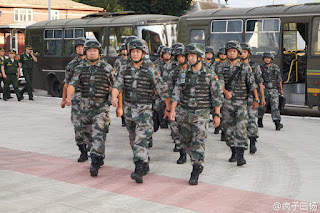 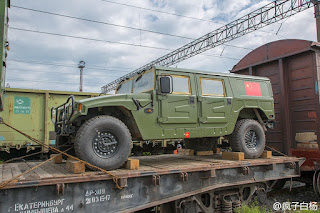 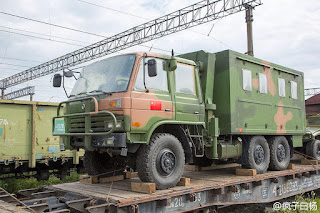 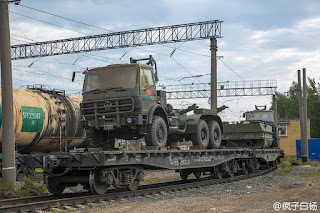 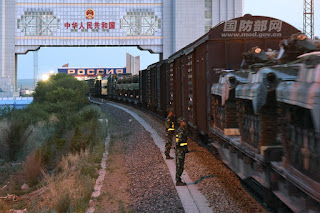 Posted by Coatepeque at 8:23 AM