China started the assembly on Friday of its first domestically developed seaplane, which is expected to take a big share in the international market.

"Since the first day of its development, the AG-600 has been designed for the global market. We are confident in its market prospects because the aircraft's overall specifications, such as the maximum takeoff weight and flight range, are better than other amphibious planes in the world," said Qu Jingwen, general manager of China Aviation Industry General Aircraft Co, the aircraft's developer.

"Some countries with many islands, such as Malaysia and New Zealand, have expressed interest in the AG-600, and we are in contact with them," he said on a Friday in Zhuhai, at a ceremony marking the start of assembly.

The aircraft maker has received 17 orders from domestic companies. One of the buyers will use it to carry tourists to reefs and islands in the South China Sea, he said.

He said that the plane can fly a round trip between Sanya in Hainan province and the shoal of Zengmu Ansha, the southernmost point of China's territory, without refueling.

The AG-600 can carry 50 people during a maritime search and rescue mission. To extinguish forest fires, it can take on 12 metric tons of water from a lake or sea within 20 seconds and pour it on the fire.

The project was launched in September 2009. The aircraft's debut flight is planned for the first half of next year, according to a statement by the company, a subsidiary of Aviation Industry Corp of China.

Powered by four turboprop engines, it will be the world's largest amphibious aircraft, surpassing Japan's ShinMaywa US-2 and Russia's Beriev Be-200, Huang said.

It will have a maximum takeoff weight of 53.5 tons and an operational range of about 4,500 kilometers.

China has decommissioned all of its seaplanes - reportedly as many as five SH-5 maritime patrol amphibious aircraft, he said.

Leng Yixun, director of general aviation products at AVIC, said the company estimates China will need at least 100 seaplanes over the next 15 years. 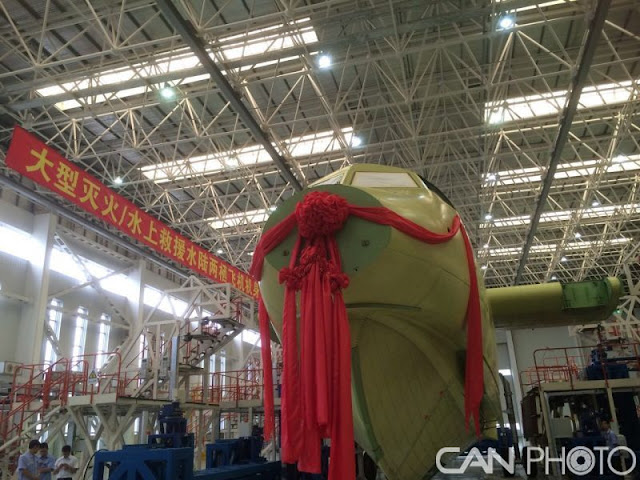 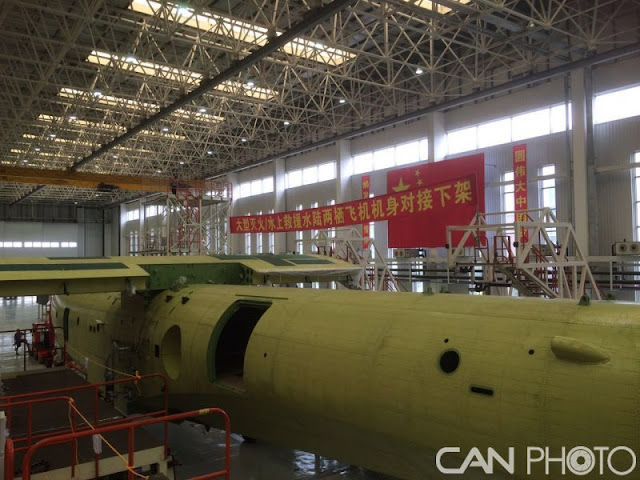 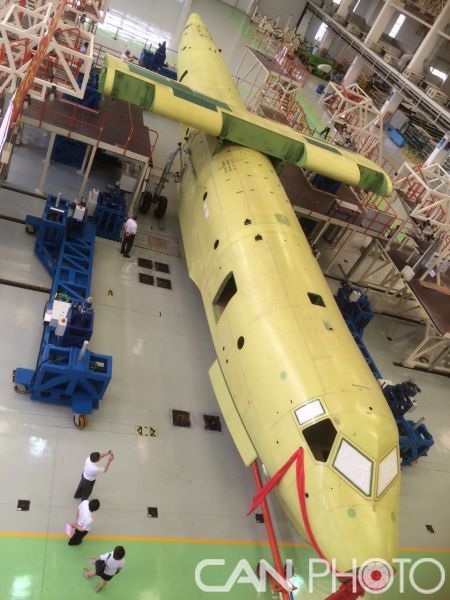 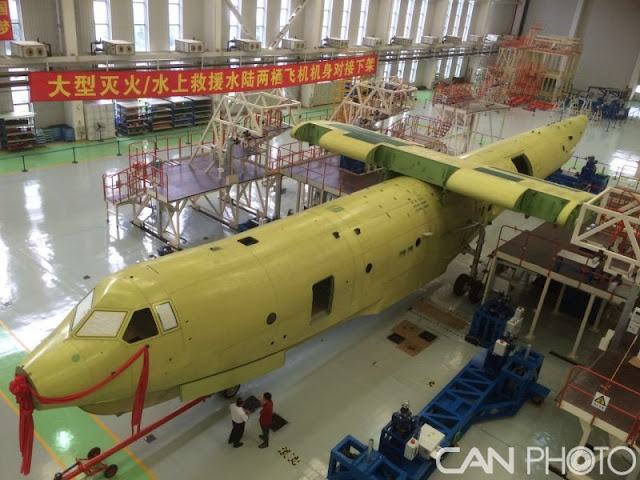 There is no reason to get excited; it is just a larger version of the old SH-5: a seaplane that has a production run of only 4 copies. I found it odd that AVIC calls the Dragon 600 project a "commercial production." Oh my!! Is that a large Magnetic Anomaly Detection (MAD) Sensor in your tail or are you just happy to see me?!

The development and production of the Dragon 600, intended to be the world's largest amphibious aircraft, has received government approval, AVIC General Aircraft Company Ltd said Wednesday.


The Dragon 600, which would be as large as an Airbus 320, could be used for tasks such as emergency rescue, fighting forest fires and sea patrols, said Hu Haiyin, deputy general manager of the company.

Hu said that market research indicated a domestic market for 60 such craft in the next 15 years.

The research and design stage would last for four years, with commercial production to begin in at least five years, Hu said.

The company's facilities are southwest of the Zhuhai airport. The first construction phase is scheduled for completion in 2012 and the company plans to have 1,500 employees.