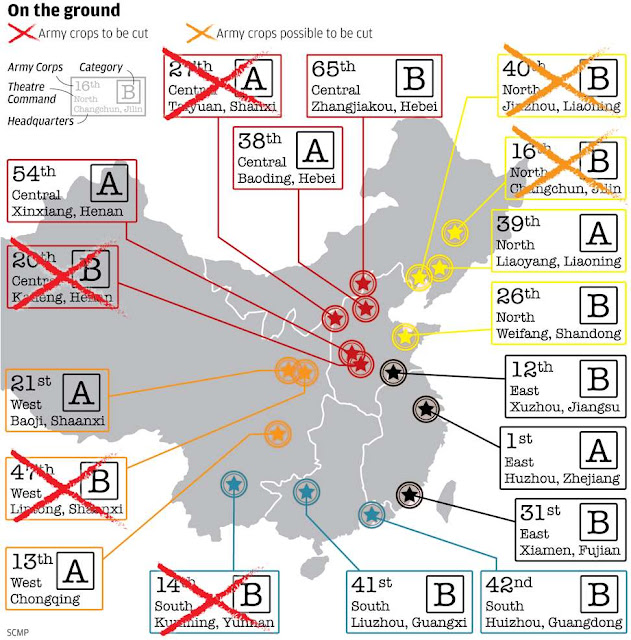 Posted by Coatepeque at 5:42 PM

I really hope the 14th GA's units will be maintained, either merged with 41st GA or transition to independent units like Tibet MD. Their proficiency with jungle warfare is unparalleled in the PLA and we'll need them to respond if Vietnam decides to try something on the border or against her other SEA neighbours.

I think PLA is undergoing a transition from occupational to invasive, and it's pretty confident that we won't see any serious warfare on the land. Instead, it focuses on coastal areas, grows its navy and air force and even transfers army units to the marines.