Fake news of the day: China's home-built aircraft carrier appears to be in crisis.

Quote "But it was returned to dry dock immediately after its first voyage to sea.
This is unusual.
It indicates technical issues requiring extensive work.
China’s state-run media has been silent on the issue for the past month." unquote. 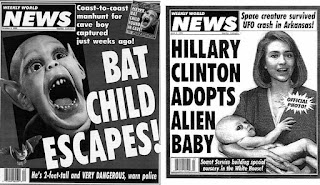 Three things from knowledged members of the CDF beg the differ:

1. Dry-docking after the first sea trial is a standard procedure. Same happened with CV-16. Same questions asked i.e. why CV-16 dry dock etc.   This is an expected procedure.

2. The arrested is not the project manager for 002, but rather supposedly Sun Bo, the general manager of CSIC (China Shipbuilding Industry Corporation)

3.  And...she is ready to her 2nd sea trial, so much for "It indicates technical issues requiring extensive work" and "appears to be in crisis"

After a five-day sea trial, the carrier returned on May 23 to the Dalian Shipyard, Northeast China's Liaoning Province, to finish its remaining outfitting work.

A report from wenweipo.com said the carrier has been moved out from the dock and is ready for its second sea trial.

"The carrier's surface doesn't show any big changes, and the outfitting work is primarily for inspection and maintenance. After the first sea trial, the ship's instruments collected data and information, so its equipment must be adjusted based on the data," said Song Zhongping, a military expert and TV commentator. "The carrier can be delivered to the People's Liberation Army (PLA) Navy as soon as possible," Song added.

Although China already has one aircraft carrier, the Liaoning, in service, it doesn't mean the second one can skip steps during the sea trials, Song told the Global Times. "The Liaoning helps China gain experience in testing a huge warship like an aircraft carrier, so it can accelerate the progress for the next one, but progress has to be made step by step."

The first sea trial results for the ship, known as the Type 001A, have been successful, China Shipbuilding Industry Corporation (CSIC) Chairman Hu Wenming said on June 21, according to the company's official website.

The PLA used to lack air supremacy in the South China Sea and on the high seas, Song said, adding that the aircraft carrier could help overcome the shortcoming. The ship is China's second aircraft carrier after the Liaoning, and its construction began in 2013, People's Daily website people.cn reported.

Posted by Coatepeque at 4:50 AM