Recently, 1st Destroyer Flotilla, Northern Theater Command, cross trained with a certain ground force SpOps brigade aboard of non-amphibious assault ships (DDG116 and FFG538).  If this is a beginning of a new trend, aircraft carriers, destroyers and even military cargo ships could become home to Ground Force SpOps, amphibious units as well as PLAN's own smurfs heading out to make this world safe for Confucianism.

After years of naval build up, the CMC still has only four Type071 LPD capable of long distance blue-ocean operations. With no amphibs on regular patrol at high sea, the CMC might not able to deploy to a region where contingencies could erupt.  Hope I am not reading too much into this, but putting additional high-readiness ground force SpOps on naval vessels could help to meet growing "Historical Mission" requirements in Africa and elsewhere.

Clearly, the plan is in the early stage, but having an additional determent aboard could give naval combatant commanders a hand in recovering downed pilot, pulling Chinese out of an embassy under attack, providing humanitarian assistance after a rapid developing natural disaster.  For the ground force SpOps, that means new types of sea duty on ships across the all three Theater Commands.  The newly commissioned naval marine brigades could focus on their core mission of recovering a run-away province.  This is a way to make sea services more versatile, agile and flexible. 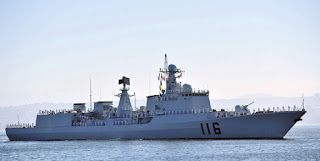 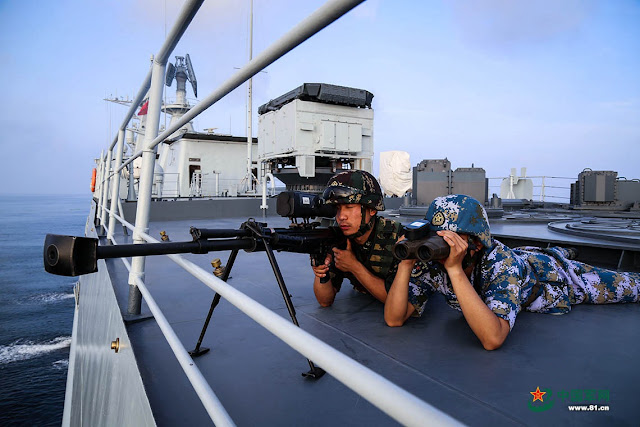 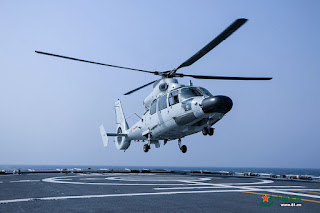 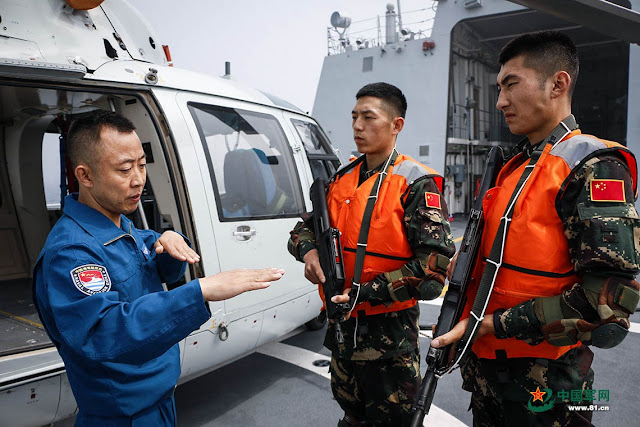 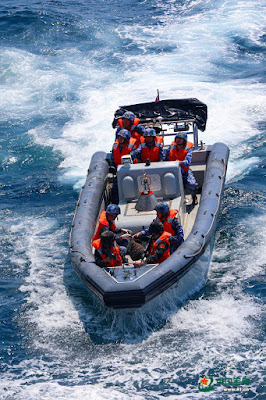 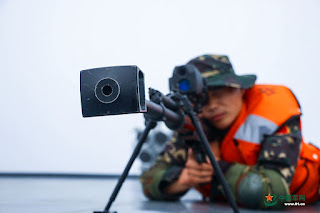 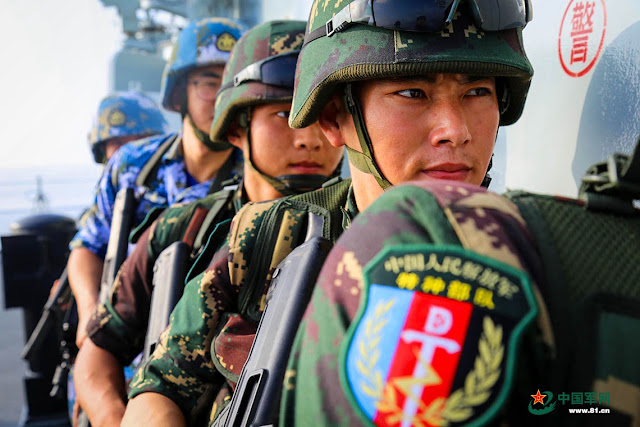 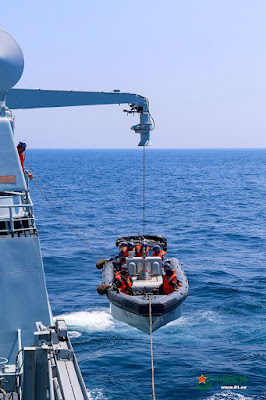 A Chinese Joint Rapid Reaction Force (JRRF) in the making?

Soon, the CMC will have two corps of light infantry (The Marine with six infantry and a SpOP brigades and the Airborne of the same), two Army Air Assault Brigades (the 121st and the 161th) and  a super heavy Mech Infantry Division (the 112th) under its direct strategic command.  It does not take much of an imagination to picture a Joint Rapid Reaction Force in the making.  The JRRF (kuaisu fanyin budui) concept was first proposed by the British Army in the 1990s consists of combat and support elements from land, sea and air to a trouble spot rapidly and at a short notice.  More importantly than just showing the flag, a JRRF is capable of fighting a high intensity small/medium scale engagement.

The CMC might not able to project the 15,000 personnel of its British Army counter part to a great distance.   However, it has demonstrated previously on several occasions, both in drills and in natural disaster responses, that it can deploy several First Echelon battalion size battle-groups within a 48-hour window (here).

"2 days after May 12th 2008 Earthquake hit,  of 81,000 PLA troops arrived, there were 4,000 airborne, 2,600 Marine, Naval, and Air Force personnel, and troop units directly affiliated with the CMC’s four general headquarters/departments."

Of course, the size of the Chinese JRRF First Echelon will decrease in accordance with the deployment distance -- It is one thing to deploy 81,000 troops to Sichuan via internal rail and highway, it is a completely different picture if the destination is North Africa, for example.  CMC's strategic transportation assets would be the bottleneck in such an example.  Its deployment capability can be easily calculated by assessing the number of ships and transport planes currently available.

The CMC decommissioned three divisional headquarters (43rd, 44th and 45th) on April 19th,  their regiments are now reformed into 6 brigades (127th, 128th, 130th, 131st, 133rd, and 134th) directly under the corps headquarters .   Additionally,  there will be a new SpOps Brigade, a Strategic Support Brigade (Engineering, Communication, etc) and an Aviation Brigade(Fixed And Rotary Wing Aircraft) bringing to a total of 9 line brigades.

Photos of the day: Vacation housewarming in Djibouti 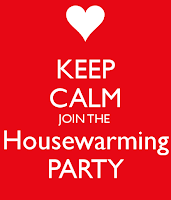 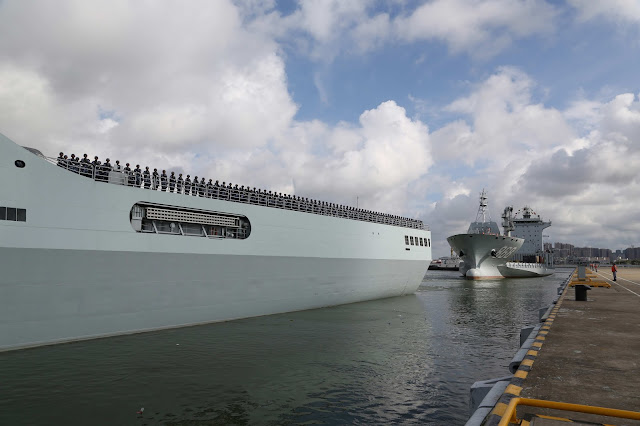 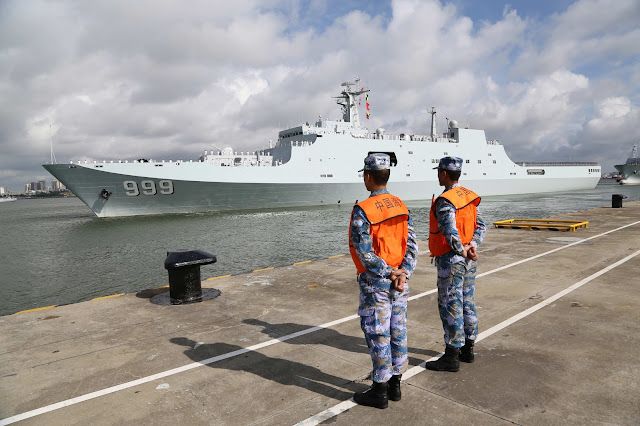 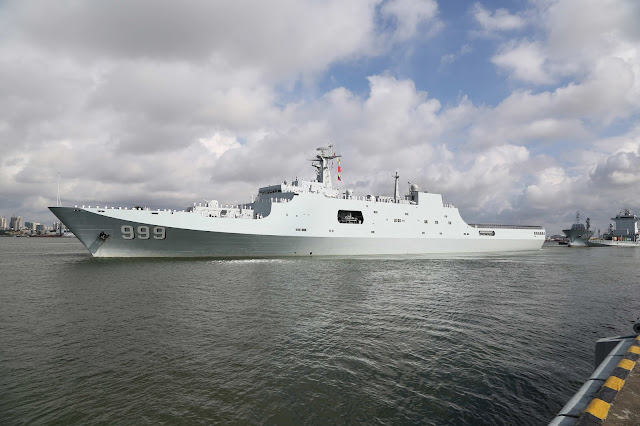 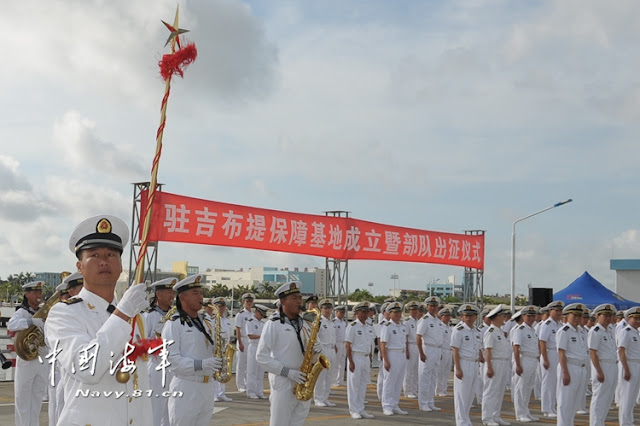 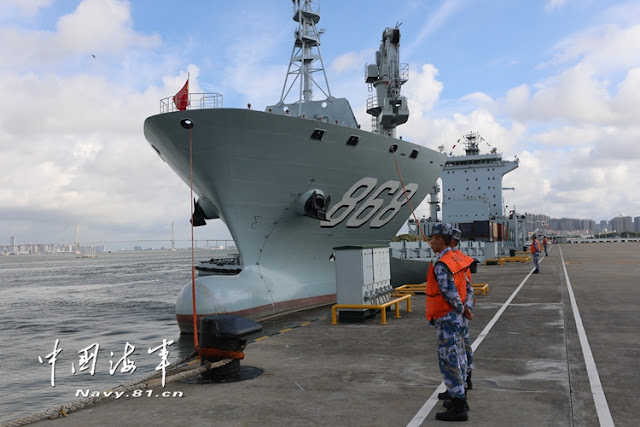 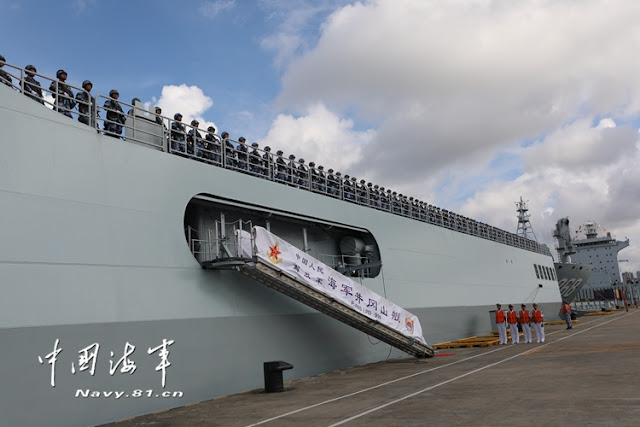 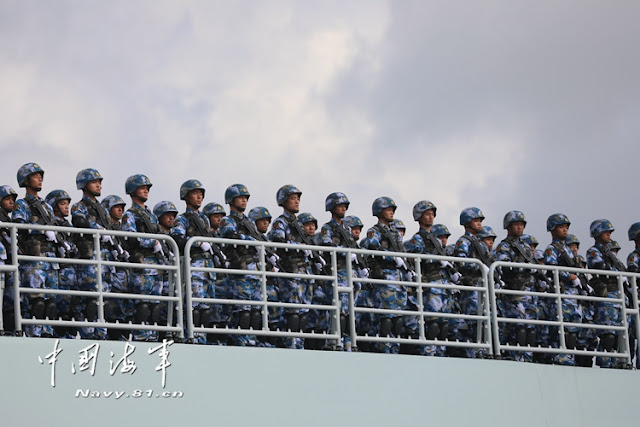 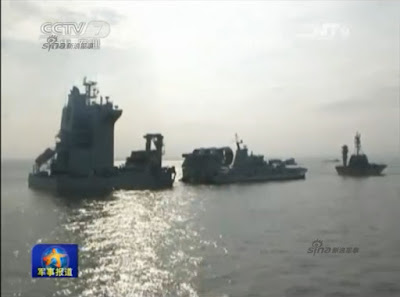 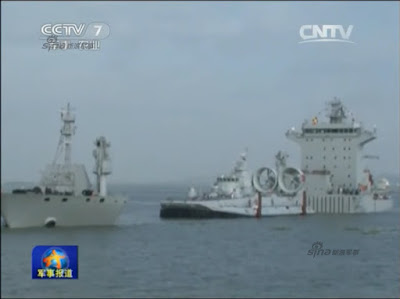 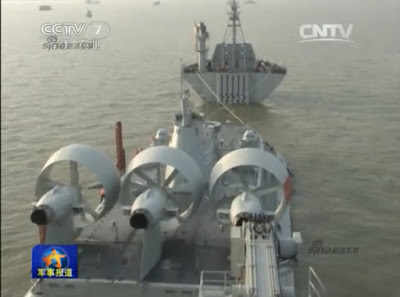 To deploy PLA SpOps aboard warships would indicate that they have different skills from the PLAN's own "smurfs". That would not be the case in most western militaries. It shows a clear difference in Chinese defense doctrine, where they pay more than just lip service to interoperability. Much talked about in the west, but not often put into practice.

Something tells me that the PLAN does not station an organic detachment of Marine onboard of large naval warships.