China launched two Type 055 guided-missile destroyers on Tuesday morning, according to witnesses outside a shipyard in Dalian, Liaoning province.

Water started to be pumped into the dry docks where the next-generation destroyers were built around 7 am before the docks' gates were opened, witnesses said.

Pictures showed a small launch ceremony at the shipyard, with hundreds of workers standing in formation in front of the two destroyers, each decorated with a huge national flag, ceremonial banners and colorful streamers.

The warships were then pushed into open water by tugboats, pictures posted online show.

China has now launched four Type 055 vessels; the first in June last year. They have yet to begin sea trials.

The Type 055 has a full displacement of more than 10,000 metric tons and will be equipped with new types of air-defense, missile-defense, anti-ship and anti-submarine weapons, according to the Chinese Navy.

It has 112 vertical launching cells capable of firing various kinds of missiles, including China's long-range, land-attack cruise missile. Its firepower is believed to be double that of the Type 052D guided-missile destroyer, currently China's largest and most powerful surface combatant in service. 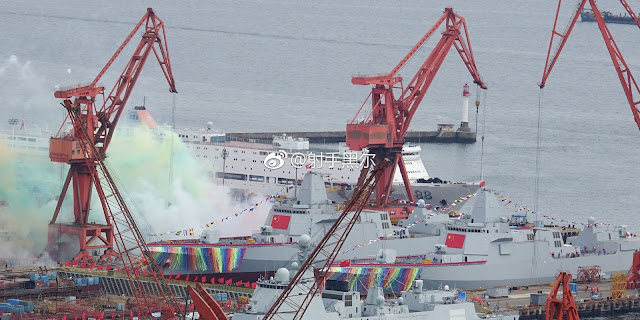 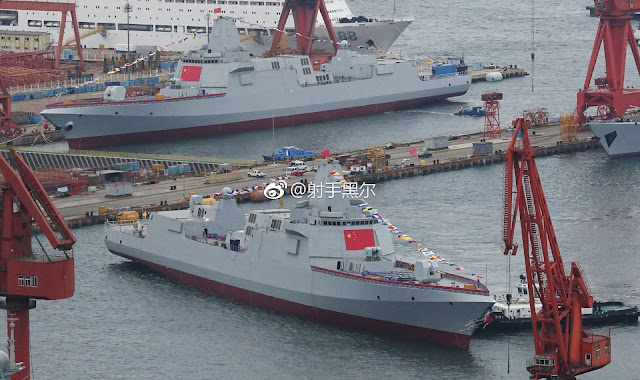 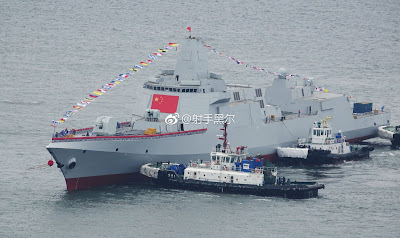 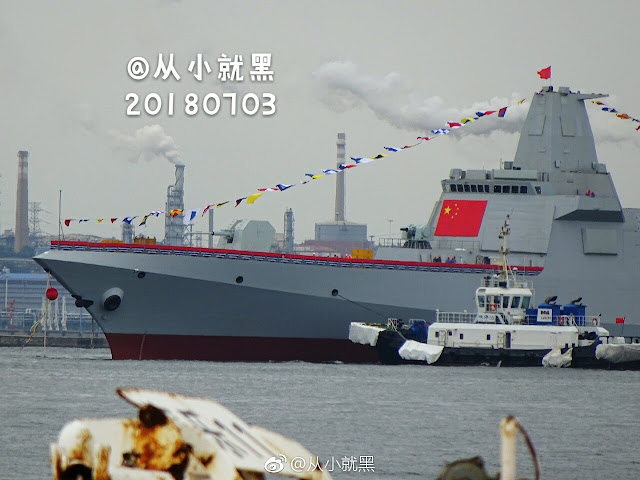 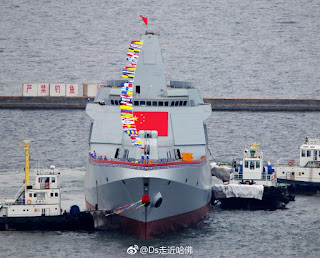 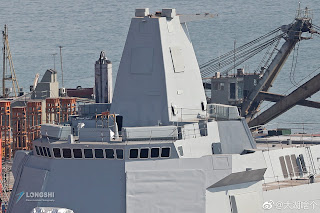 Visible here are 4xType052D DDG and 2x055DDG (NATO Renhai-class cruisers).  When all of them are commissioned, the PLAN will have 17xType052D and 6xType055 in service.  Both classes are being constructed two yards, Shanghai and Dalian 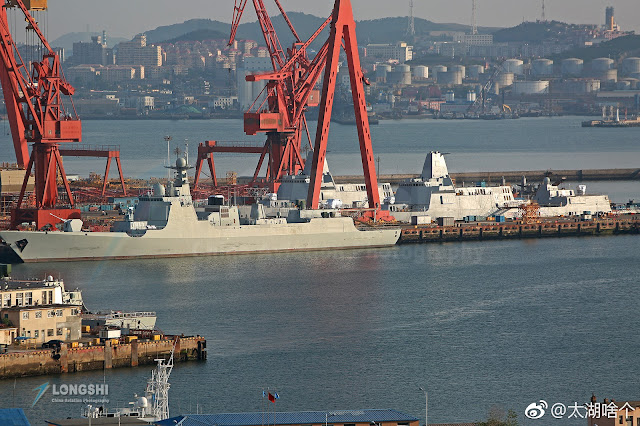 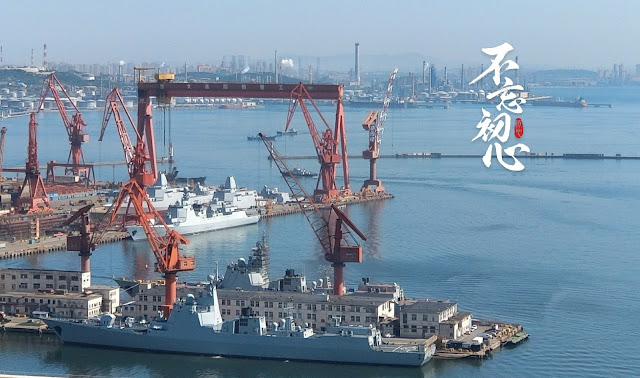 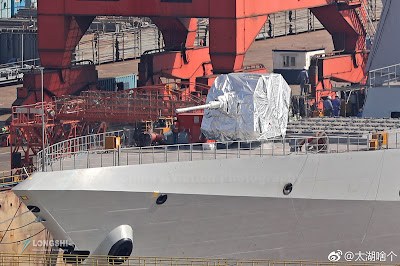 Note the second-hand, Ukrainian Riga class floating casino in the background.  Not sure what will they do with that rusty bucket.  I am telling you, Chong Lot Travel Agency's US$20 million investment is a complete waste -- as of 2016, not a single slot machine is found there generating gambling income. 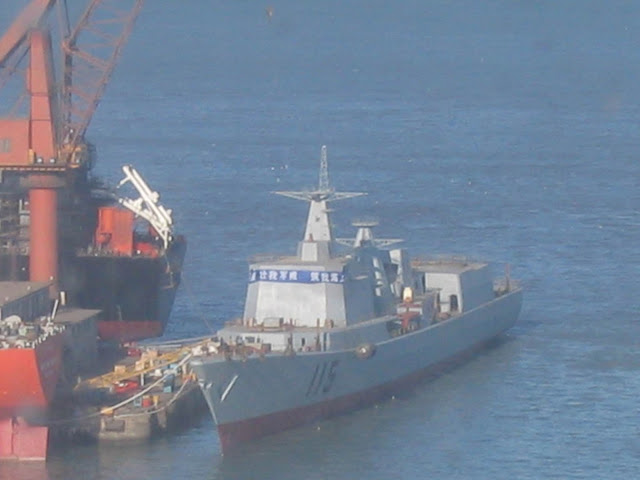 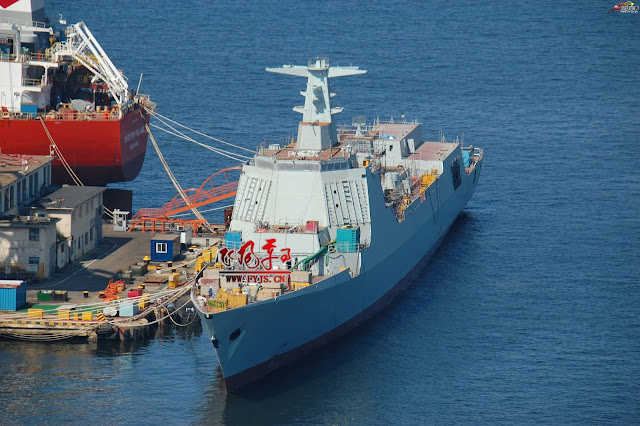 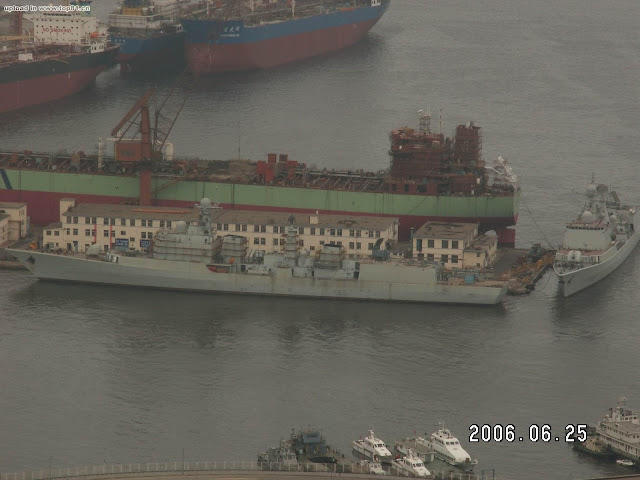 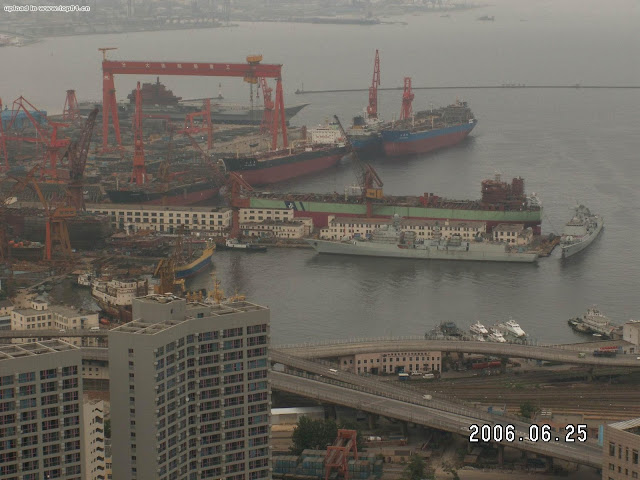 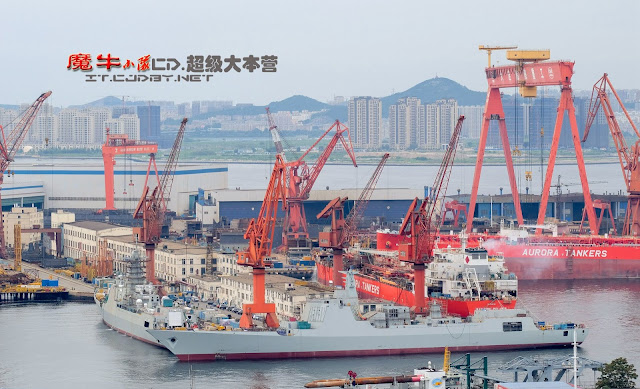 China should build hundreds of destroyers and carriers a year. Enough to deplete the annual surplus account and its 3 trillion financial reserves. Instead of buying foreign assets and doing foreign take overs. China should focus strictly on military spending for the next ten year or so. Thats much more important than trade.