Must be sea trials seasons in China 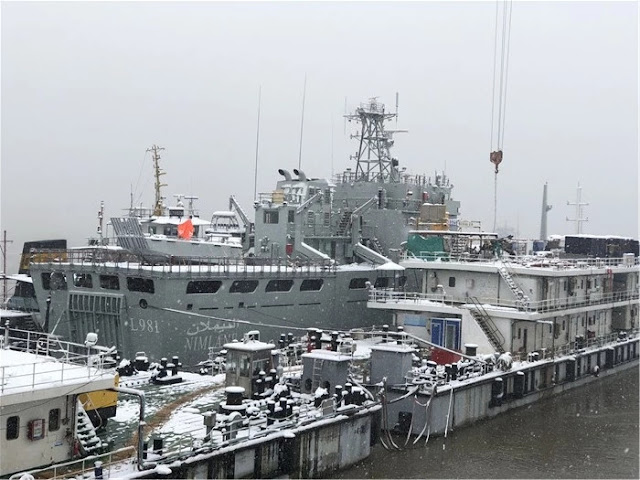 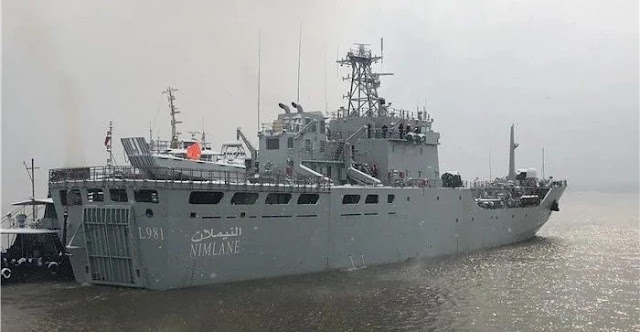 
The Chinese Wuchang Shipbuilding Industry group has unveiled the Mauritanian Navy’s new landing ship vessel which was ordered in March 2016.

Images of the new ship were displayed at a ceremony held in China at the CSIC Wuchan shipbuilding dockyard.

The event was attended by the Mauritanian Chief of Staff Admiral Ould Cheik el-Delicious Isselkou and the Chinese CSIC Chairman Yang Zhigang.

Artists depiction of the landing ship shows that it has a 76mm naval gun, a rear helicopter deck and two landing crafts mounted on davits. It is expected to weigh 1,750 tonne. 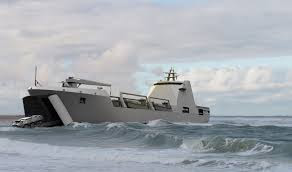 It’s primary role includes maritime surveillance, patrol, transport and search and Rescue. The Mauritanian Navy is quite small with only 700 naval personnel and less than thirteen ships.
Posted by Coatepeque at 2:33 AM