While the following two PR photos of FC-1 prototype number 4 might look impressive; with its enlarged engine air intake (SDI), extended wingroot and tailfin RWR. However, PLAAF still refuses to commit to this joint Sino-Pakistan project puts a damper on this bird's future even as its production line finally opened at Kamra's Pakistan Aeronautical Complex on January 22nd 2008.

For Pakistan, the FC-1 project can be seen as a great leap forward, but that is not the case for PLAAF, whom already commissioned at lease four regiments of the much more capable J-10s. Thus, possible sales to nations such as Egypt, Iran, and Bangladesh have became more critical for FC-1 to outgrow its reputation as a niche system. 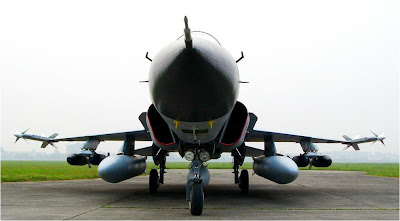 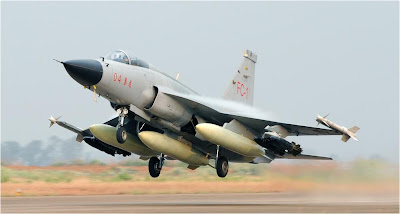 Birmingham Web Design
Birmingham web designing is a Birmingham based blog which has been designed by Suhanasoft, and Indian web Design Company. The company provides website design, web development and search Engine Optimization services at affordable prices. Our creative design and developing secure website has made us popular among our clients. We have developed several websites from demark.

Very good site, brilliant write up.
Maybe one or two thumbnails can be added.
I think it should be promoted to front page.
While at it, may I ask how you setup your review system?
Thank you
Itprovider

This is a very interesting post, and the comments are also fantastic to read. I’ll have to have a little re-think about my own contact form on our new website, as this poses some interesting questions!

This is a great post Dmitry. I just had one of the ‘Doh!’ moments and ran back to correct my own site before publishing my comment. You see my own comment form did not match what I’m about to advise. I get less comments than you, so never noticed any problem. I’ve changed it now anyway so here goes.

The article is well written and useful for users, I will forward it to others, the information you have post is very impressive. We also want your feedback and comments about the Web Art Sense. Our Blog comments section is for you to respond to our website. We introduced Web Art Sense a Web Design Company and web design, SEO services provider in India. Thanks for this useful resource!

I like reading posts at your site because it always helps me gain some or the other information and this post too is damn informative. Thanks a ton.