Out of the blue, all those PLAAF AWAC and ELINT birds are gathering in Jinzhou and headed toward the South East, don't know why. 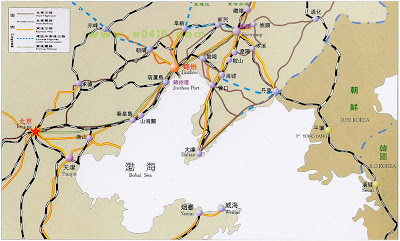 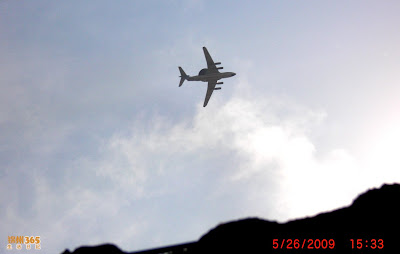 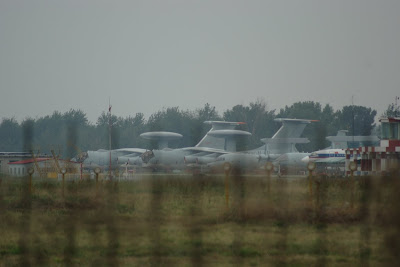 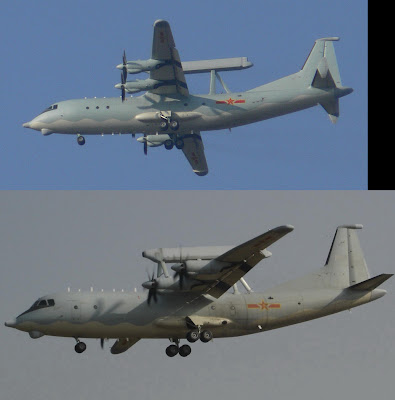 In an unrelated story..

WASHINGTON — The United States is pressing China to consider taking a variety of severe sanctions against North Korea, including the inspection of suspect ships and planes, as it tries to ratchet up the global response to Pyongyang’s latest nuclear test, administration officials said Thursday.

But it is not clear that the Chinese government has the stomach for a heightened showdown with North Korea, these officials said, even though its criticism of the underground test on Monday was unusually vehement.

The administration’s initiative reflects a belief that the greatest threat posed by a nuclear North Korea is the leakage of critical weapons parts or fissile material to other states or terrorist organizations, rather than the prospect of North Korea’s making one of its neighbors a target for a bomb. President Obama’s national security adviser, Gen. James L. Jones, described the proliferation threat in some detail in a speech in Washington on Wednesday evening.

The White House has not said publicly whether it supports enforcing a 2006 United Nations Security Council resolution, passed after the North’s first nuclear test, that permits the inspection of ships suspected of carrying missile parts or nuclear technology.

Those operations could be tricky: North Korea has said it will regard such an action as an act of war, and American intelligence about North Korean shipments has been poor. The North’s involvement in the construction of a Syrian nuclear reactor went undetected for years, until shortly before Israel destroyed the reactor in September 2007.

Yet there is a growing conviction in Washington and other capitals that North Korea’s actions demand a stronger response than the usual menu of economic sanctions and political rebukes that have left the nation isolated but unbowed in its pursuit of nuclear status.

The administration is also seeking China’s cooperation in a global effort to disrupt the flow of money to North Korea’s ruler, Kim Jong-il, and his family, officials said. Some of that money is suspected to be held in Chinese-owned banks, making such an effort diplomatically sensitive.

Still, a senior official said he was “pleasantly surprised” by how open China was to cooperating with the United States. China has historically tolerated the erratic behavior of Mr. Kim, worrying more about a calamitous collapse of his government than about his nuclear ambitions. But the recent test and missile launchings, the official said, may have crossed a line with China’s leaders.

“At the level of Chinese irritation, this is historic,” said the official, who spoke on condition of anonymity because he was not authorized to speak publicly. “Normally, the Chinese urge us not to react. But they are reaching a point where they could be agreeable to using more of their own weight.”

The Chinese, officials said, have taken note of South Korea’s decision this week to join an American-led security campaign to stop the spread of nuclear material, as well as the harsh words about North Korea from some parts of Japan’s political establishment. The United States is to discuss efforts to intercept ships coming from North Korea with officials from South Korea and Japan at a regional security conference this weekend in Singapore, where the defense secretary, Robert M. Gates, will meet with his Japanese and South Korean counterparts.

The deputy secretary of state, James B. Steinberg, will attend those meetings, and will then travel to Tokyo for further meetings with Japanese officials, according to the State Department. Mr. Steinberg may also be involved in negotiations with the Chinese, a senior official said.

At home, the United States continued to rally support for a resolution in the United Nations. The State Department spokesman, Ian C. Kelly, said no agreement was likely to be reached for at least two days.

While the major powers uniformly condemned North Korea’s test, there was some confusion Thursday about whether Russia, which holds a veto in the Security Council and is a member of the multilateral talks on North Korea’s nuclear program, was balking at additional sanctions.

A spokesman for the Foreign Ministry, Andrei Nesterenko, told reporters in Moscow, “We do not need to use the language of sanctions.” Still, American and Japanese officials said they did not believe that Russia had retreated from its tough initial response.

Because North Korea would regard the interception of its ships as an act of war, the Bush administration decided not to do that after the North’s first nuclear test in 2006.

The United States and South Korea have already raised the alert level for their forces in South Korea to its highest level in three years — increasing the number of surveillance flights and satellite reconnaissance — reflecting what military commanders say is a “grave threat” from North Korea.

Whatever the risks, some independent experts are advising the Obama administration to put all options on the table, including a military strike on North Korea’s nuclear sites and missile launching pads. “We could have stopped this last nuclear test if we had chosen to,” said William Perry, a former defense secretary who negotiated with North Korea during the Clinton administration. “We could have stopped the first one if we had chosen to.”

“That requires military action, and I’m not recommending military action,” Mr. Perry said, speaking Thursday at the Council on Foreign Relations. “But somewhere along in this series of coercive actions, one can imagine an escalation, and if the ones that are less do not succeed, we have to be willing to consider the other ones.”

The nuclear test and North Korea’s other actions, he said, suggested that the government no longer viewed its nuclear program as a chip to be used in negotiations with neighbors or the United States. Rather, he said, North Korea is determined to remain a nuclear-weapons state.

This presents Mr. Obama with a different set of calculations than either President George W. Bush or President Bill Clinton confronted.

“We now have a new situation that has not appeared before,” said Brent Scowcroft, a national security adviser to President Gerald R. Ford and the first President Bush, who spoke on a panel with Mr. Perry. Under these circumstances, he said, the United States had both more leverage and incentive to enlist the cooperation of China, as North Korea’s most influential neighbor.
http://www.nytimes.com/2009/05/29/world/asia/29diplo.html?_r=1&ref=global-home&pagewanted=print

Posted by Coatepeque at 9:16 AM