Two different narratives -- PLA image at home and aboard.

It is striking to see the difference between the Chinese edition of the PLA Daily to that of the English one. The headline of the English edition features smiling nurses playing with locals -- a nice soft-power touch.  Flip to the Chinese edition, and the PLAN's hard power is shown with its Marines training the Tanzania military.  It seems even the PLA has to justify its military spending to the old-hundred-names at home.

From the English Edition. 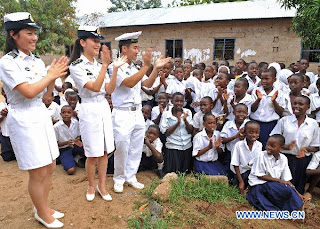 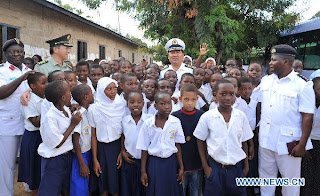 From the Chinese Edition: 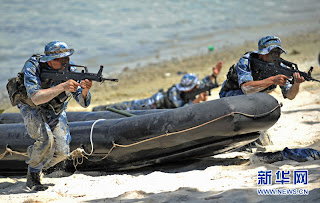 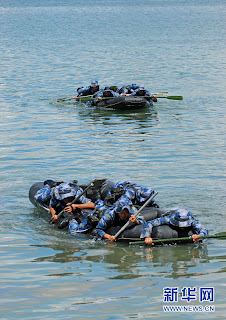 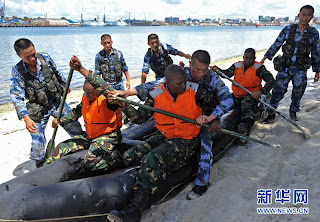 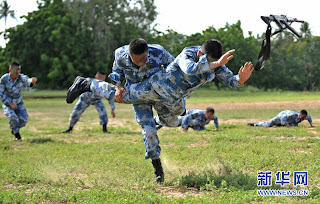 the last two photos are so queer :)