The sinews of war are infinite money -- Cicero

Even the Communist soldiers won't fight for free --  check out this new PLA war-time mobile payroll suitcase. In a world where in Mao we trust, all others pay cash, sure they must've heard of of ATM? 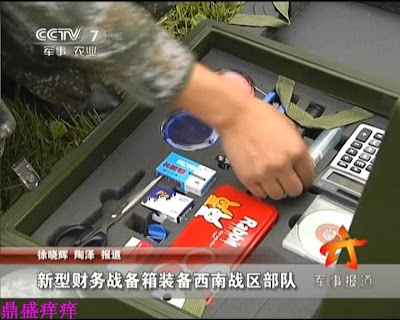 Gold ATM vending unveiled in China
Mon Sep 26, 2011 4:44PM GMT
http://www.presstv.ir/detail/201283.html
Gold ATM dispensing machines manufactured by a German company have been launched in the shopping district of the Chinese capital of Beijing.


The machine's limit is set for the maximum withdrawal of 1 million yuan, or about $157,000 worth of gold which provides gold bars and coins in exchange for cash or credit card.

Produced by TG-Gold-Super-Markt.De company, the new arrival machines are slated to be landed in the city's upscale clubs and private banks, CNN reported.

The machine, which first debuted in Europe in 2009 and in the US by late 2010, is capable to sell bars and coins in various sizes at regularly updated prices.

The cash-for-gold machines were first made available in Abu Dhabi´s Emirates Palace Hotel due to the region's high demand for gold.

Since the credit crisis, the value of gold has jumped up from $500 an ounce in 2007 to recently cresting near a record high of $1,900 per ounce in August. 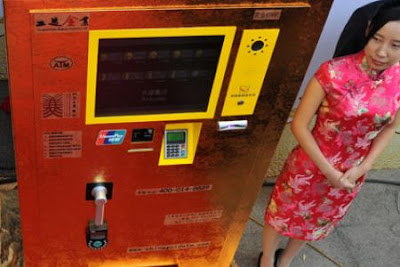