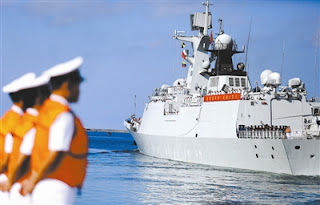 
The guided-missile frigate Sanya sets sail from a naval port in Sanya of the Hainan province on the morning of August 4, 2015.

SANYA, August 5 (ChinaMil) -- The 21st Chinese naval escort taskforce departed on Tuesday morning from Sanya, a port city in south China's Hainan province, and headed for the Gulf of Aden and waters off the Somali coast. It will replace the 20th escort taskforce to continue the escort mission.

Chief of Staff of the PLA Navy Vice Adm. Qiu Yanpeng attended the send-off ceremony at the wharf. He said that since December 26, 2008, the navy has successively dispatched 20 taskforces to fulfill the escort missions in the Gulf of Aden and waters off the Somali coast, fully demonstrating the image of China as a responsible country.

It is the maiden escort voyage to the Gulf of Aden for the two frigates while it is the fourth time for the supply ship Qinghaihu to join the escort taskforce.

Rear Adm. Yu Manjiang, deputy chief of staff of the South China Sea Fleet, acts as the commanding officer of the taskforce. 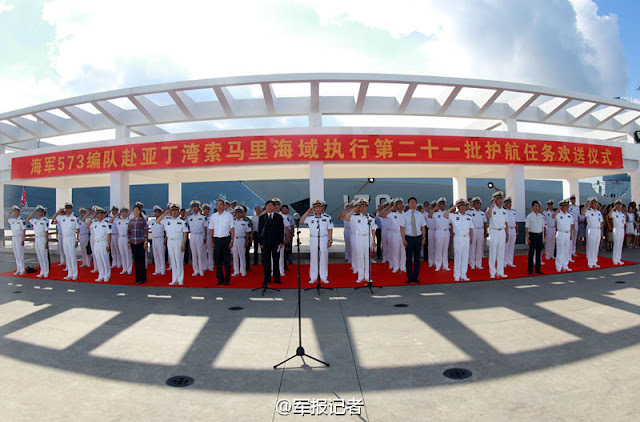 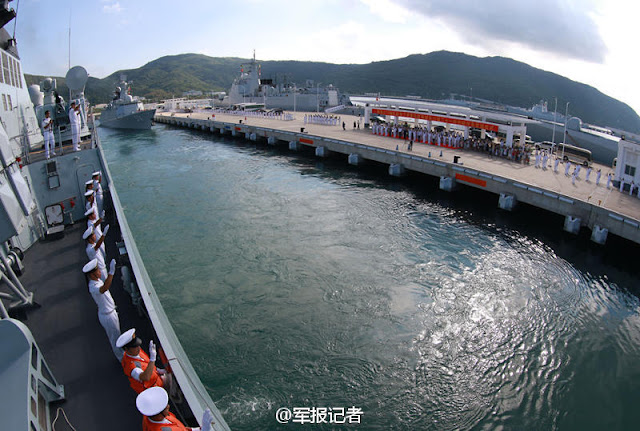 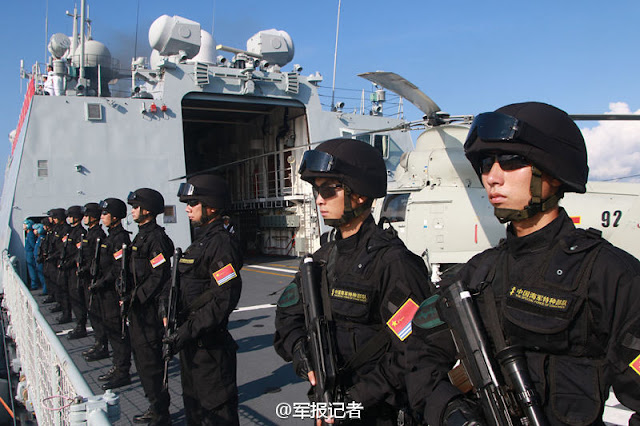 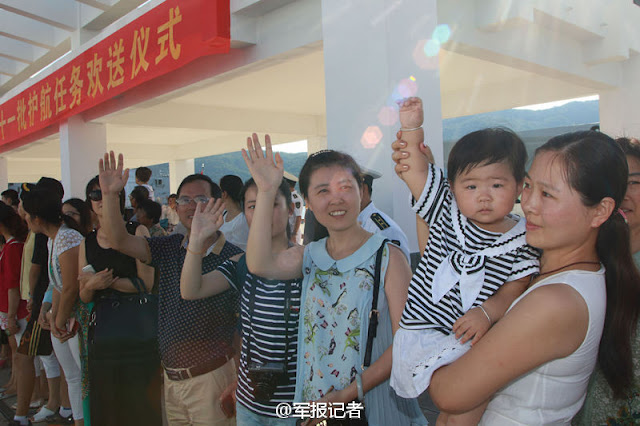 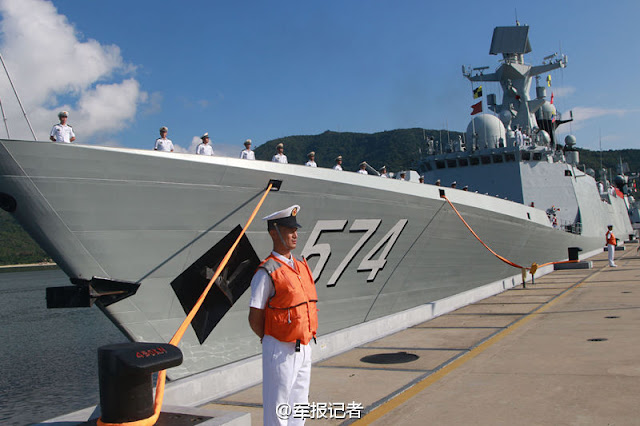 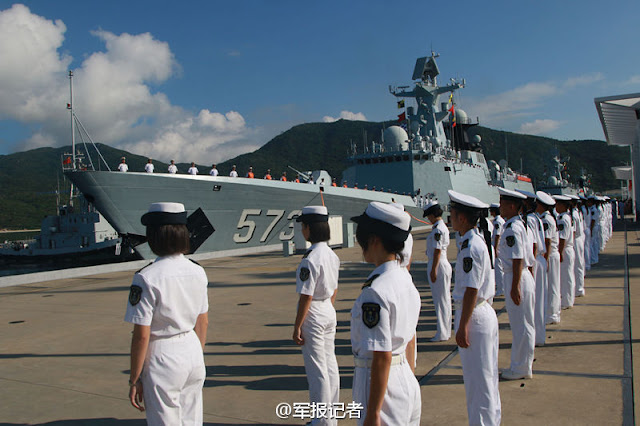 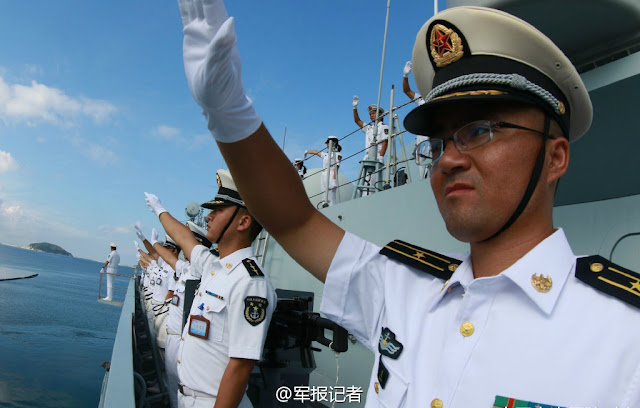 Posted by Coatepeque at 9:25 AM