Two new 072A LST under construction. 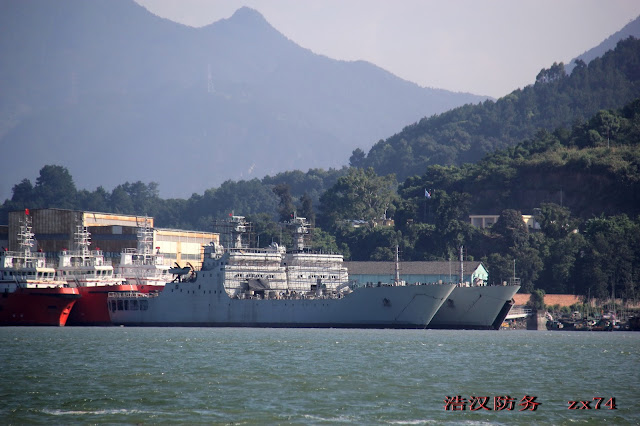 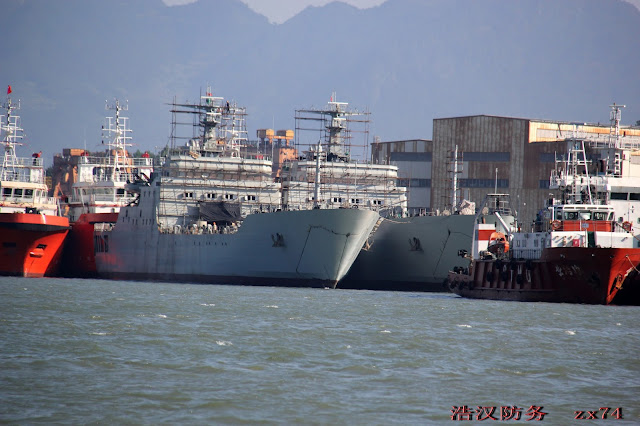 Not sure how many Coast Guards could boost their own amphibious asset but the China Coast Guard certainly does -- it now commands an old Type072 Landing Ship, Tank from the PLAN and calls it  "Tow 25". 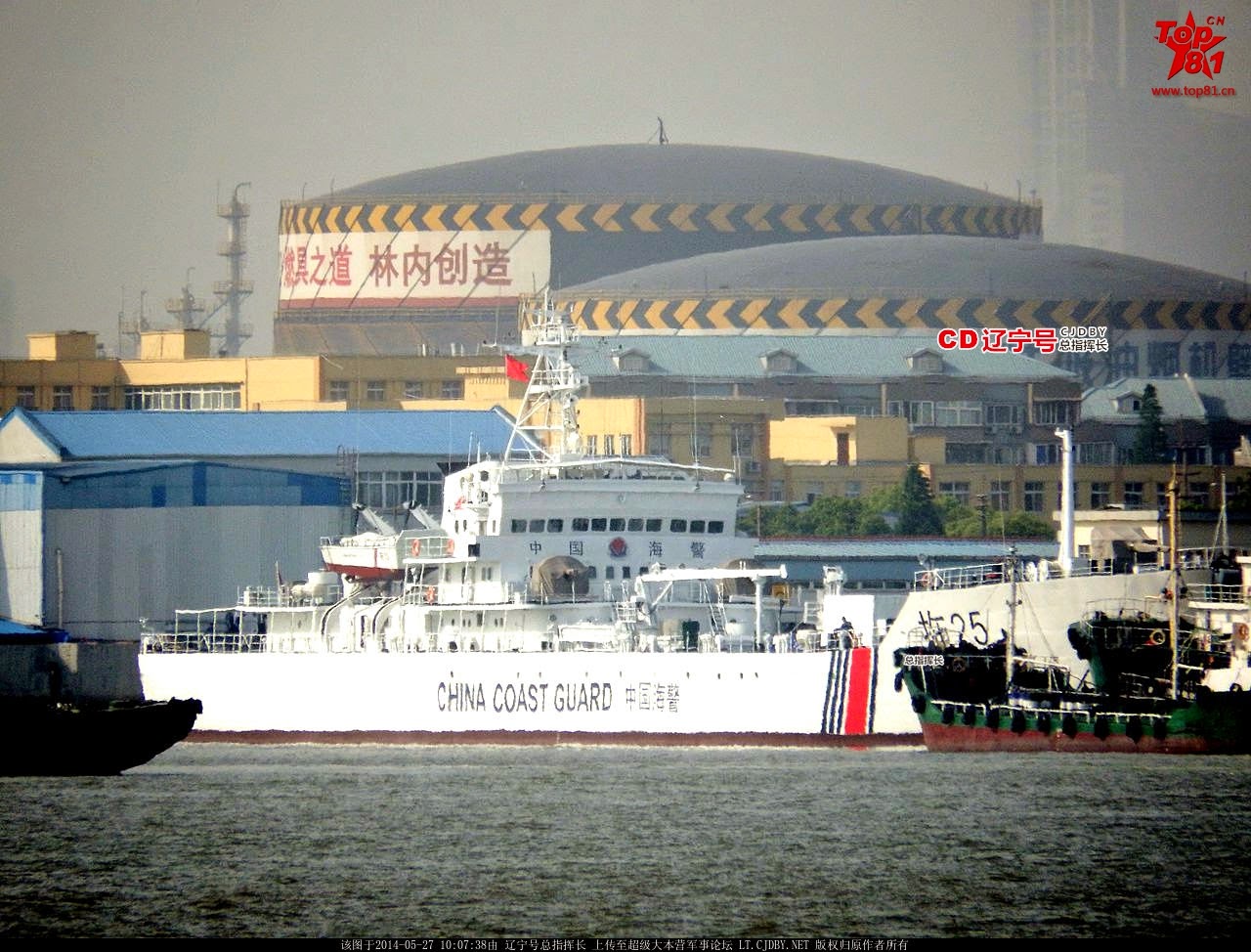 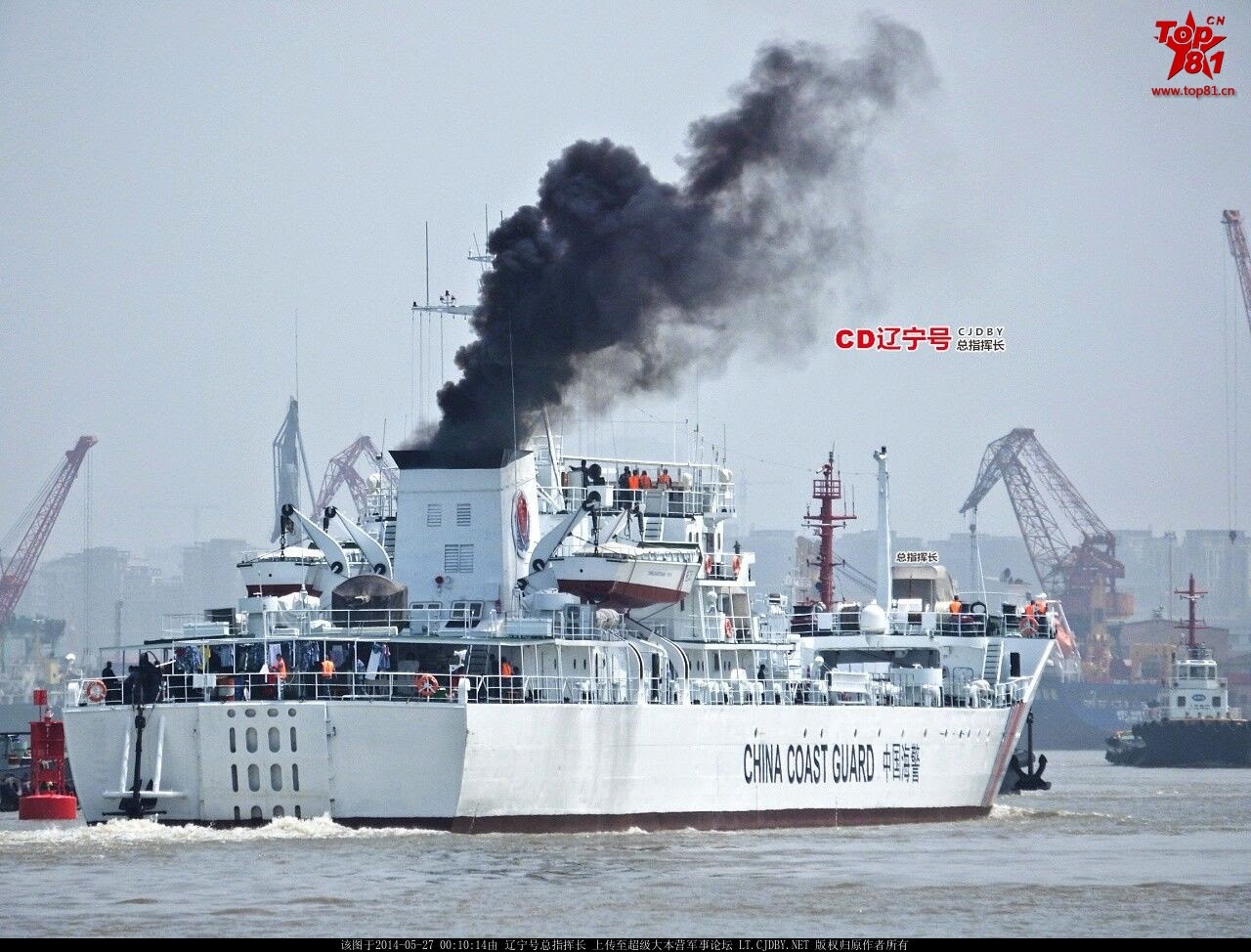 This Yuting III mod is commissioned as the latest member of the 5th Landing Ship Flotilla, East Sea Fleet. It is the second PLAN LST to bear the name "Dabieshan", the first Dabieshan, a Shan class (ex USN LST) currently serving as a museum ship in Shandong.

It is interesting to note that the PLAN is assigning all three of her 071 LPDs to the 6th Landing Ship Flotilla, South Sea Fleet, while the "Taiwan facing" 5th Landing Ship Flotilla soldiering on with smaller LSTs.  I suppose Taiwan is closer to the Chinese mainland then some of those South China Sea islands. 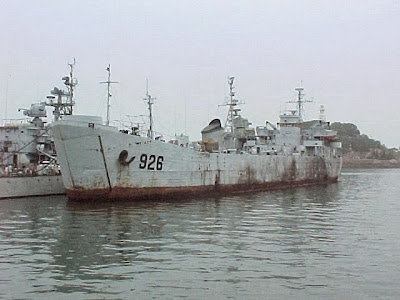 Time to check in with our friends at Wuhan's Wuchang Shipyard.

First of all,  another Yuting III-class class LST under construction.  Consider the 3 Yukan-class class LSTs already have 30 years of service under their belts,  this new boat could be a Yukan replacement.  Otherwise, one would expect a much bigger hull or a more modern design. 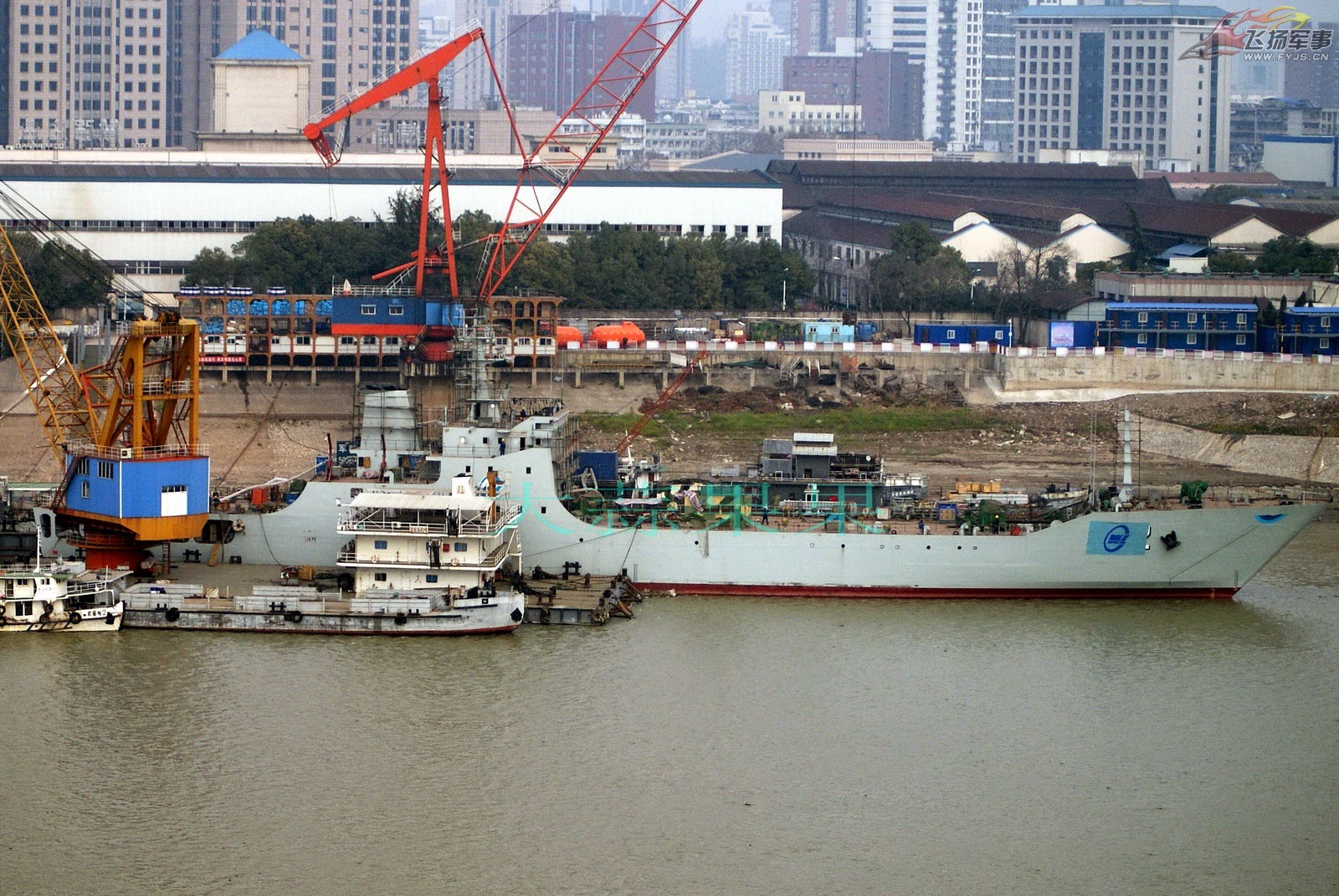