My flag is bigger than your flag 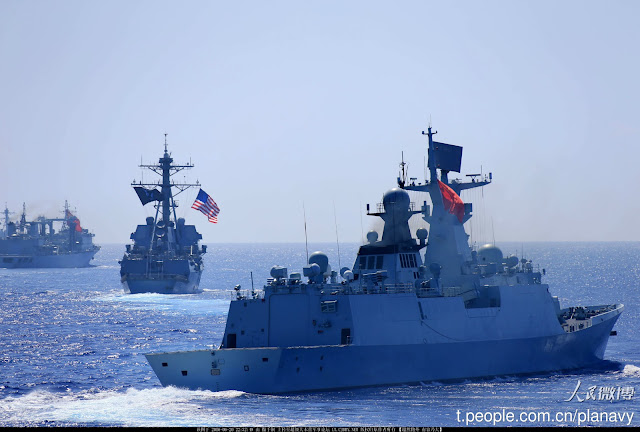 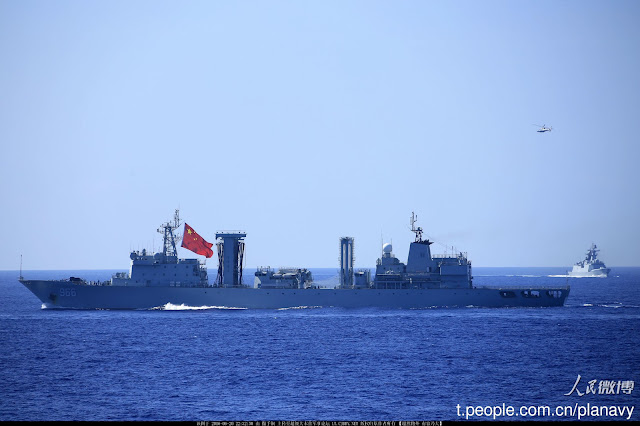 
WESTERN PACIFIC, June 20 (ChinaMil) –The Chinese naval fleet participating in the Rim of the Pacific (RIMPAC) 2016 joint exercise has arrived at southern waters of the Daito Islands, Western Pacific, and joined the USS Stockdale (DDG-106) and Lawrence (DDG-4) at noon on June 18, 2016.

After the rendezvous, operations officers of the Chinese fleet rode in a rigid-hull inflatable boat to visit the USS Stockdale for a coordination meeting on matters related with the navigation phase.

After the coordination meeting, seven ships from the two sides formed a combined task group with the USS Stockdale as the flagship, and the task group is expected to reach Pearl Harbor on June 29, local time.

Wang Sheqiang, commander of the Chinese naval fleet, introduced that according to the arrangements of the coordination meeting, the two sides will conduct drills on such subjects on their way to Pearl Harbor as communications, tactical maneuver, screen exercise, replenishment at sea (RAS), emergency disposal, main gun firing as well as aerial photography. 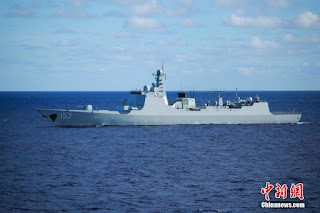 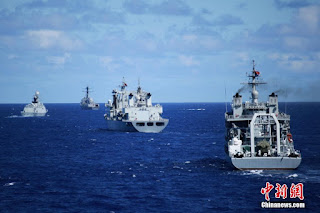 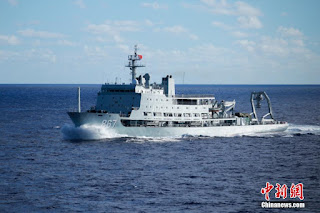 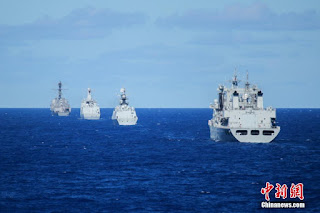 the
Posted by Coatepeque at 4:40 PM