Just a few days after unveiling the new Type 093B Shang Class SSN to the public (Our friend Jeffrey Lin has a good write-up on this new sub here), a Type 093A and her entourage just sail across the Strait of Malacca in broad daylight while singing "we are not hiding anymore" along the way. 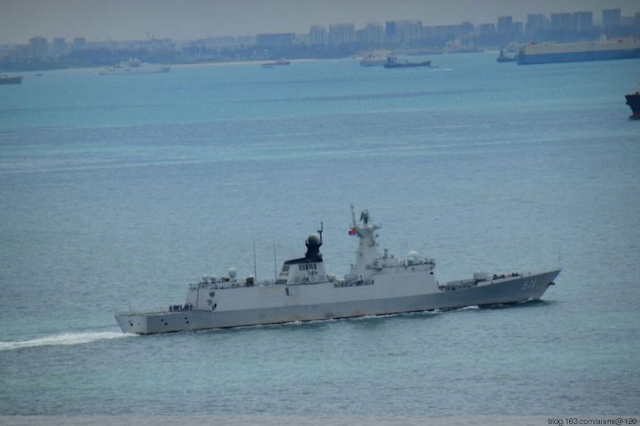 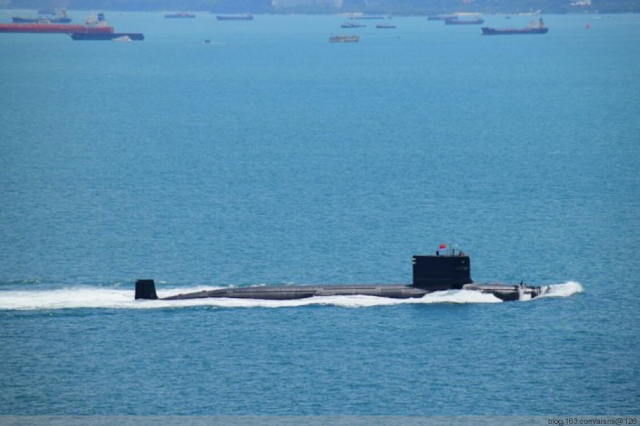 Here are the first publicly released photos of Type 093B Shang Class SSN, her new toys included vertically launched cruise missiles for both sea and land targets (the module right behind the conning tower) and the bulging flank sonars (red circles below) 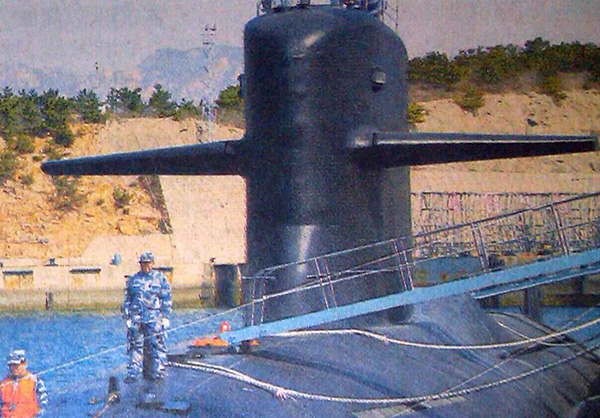 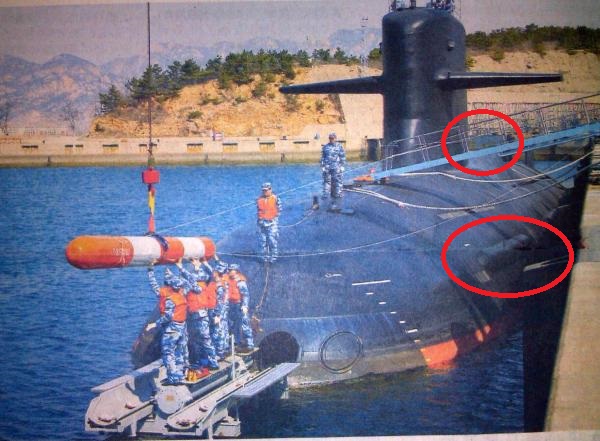 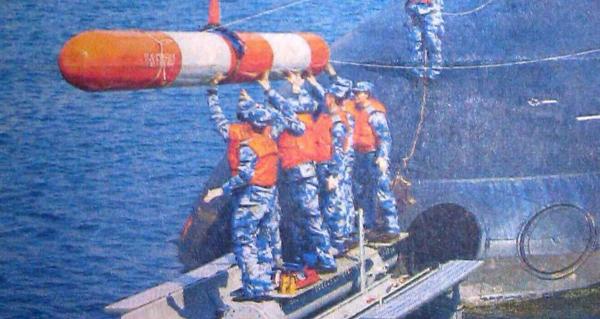