China's Maritime Safety Administration (MSA) is sending one of its largest cutters, the MSA21, to join the on-going search and rescue efforts in Japan. (here)  This deployment marks the first time the Chinese "coast guard" is participating in an operational S&R operation outside of China.

The drill was based on simulated danger, in which search and rescue centers in China and Japan Coast Guard Sections played different roles, including distressed ships, ship agencies and S&R centers, exercising information collection and S&R coordination when emergency occurred.

The successful drill strengthens the capability of coordination between China and Japan when carrying out maritime search and rescue, improves the communication performance and promotes the exchange of both side's coordinators. 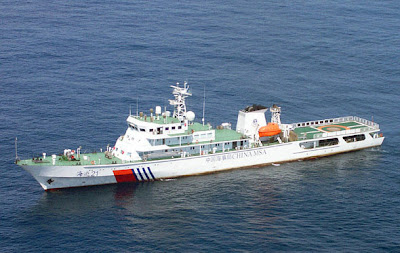 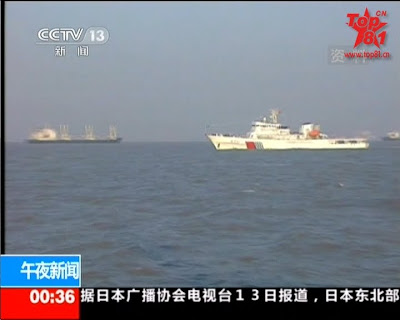 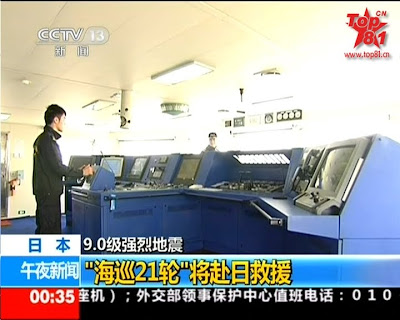 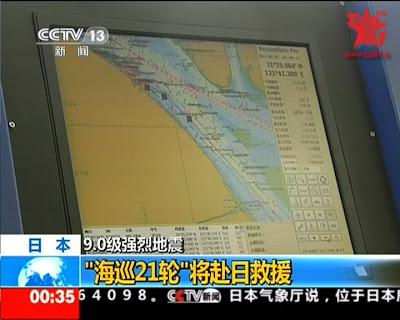 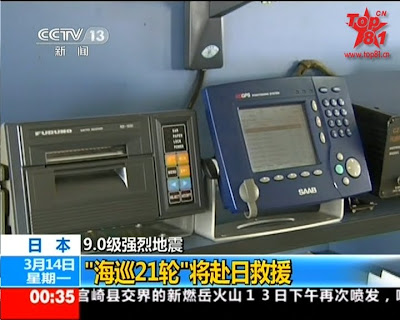 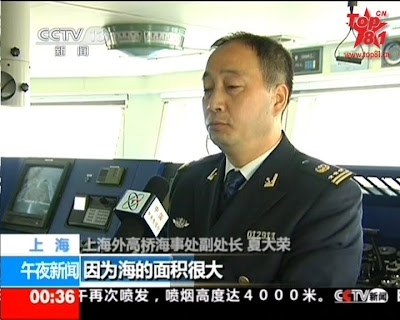 Unsurprisingly, the people in China and Korea cheered for the earthquake, which are foreseeable. But the Koreans went pretty extreme, they even are selling celebratory t-shirts as souvenirs to the earthquake.

Just curious, what branch do these ships below to? Are they part of the PLAN or PAP? Or a completely separate branch.

MSA is under the dept of transpiration.

Please don't use a few bad apple to generate a stereotype.

These are not "few bad apples", it is literally the feeling of a nation. Same thing happened on Japanese websites during the Sichuan earthquake. If you are truly in China or physically talk to oversea Chinese students about this, you'll understand.

well grudges and prejudice goes a long way, but i am very glad china is moving forward towards helping the japanese people. if anything, the only right thing to do is to push the bad away and work to improve and change for the good. the japanese public are good people, and they need our help. we've been neighbors for thousands of years, and for most part, both are very good neighbors with each other. not worth what happened in the past 200 years to spell forever enemies. it's time to put away the prejudice and work together. their plight doesn't do us much good neither. leadership starts from taking action.

really? exactly the same thing happened in the 1920's to the 30's, Japan had an earthquake. Despite of the long standing hatred, the KMT government urged the citizens to stop hating Japan and help Japanese economy by buying Japanese goods. Aids were sent to Japan. Few months later, Japan launched an all out invasions, which tens of millions died. Probably even including your distant relatives.
Should we let history repeat itself?

you're missing some critical points. back then it was the imperial japanese government, a facist militaristic, expansionistic regime. today they are different. you knew a bit of history, so why don't you backtrack the japanese history since the meiji era?
and furthermore, even if today's government is evil, it doesn't mean the people are. we all know how shrewd the west are, and the US, and even CCP itself ain't no better. should we all simply be wiped off the maps?