The 10th PLAN task force to the Gulf of Aden

Updated: 2011-11-03 08:49
(China Daily)
Ready to sail
Soldiers of the People's Liberation Army's special task force line up on the guided missile destroyer Haikou as the ship and another destroyer Yuncheng on Wednesday leave Zhanjiang in South China's Guangdong province for Gulf of Aden to perform a new round of escort mission. Chinese navy began to conduct escort mission since December 2008. [Photo by Xue Jun/Xinhua] 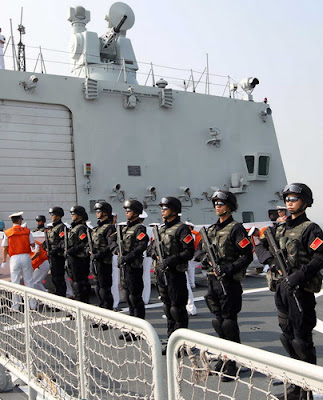 Chinese Navy personnel, members of the 10th naval escort flotilla, wave goodbye from on deck of the missile destroyer Haikou before departing yesterday from Zhanjiang, Guangdong Province. The Haikou, along with the frigate Yuncheng, is bound for the Gulf of Aden and waters off the coast of Somalia to protect merchant vessels against pirate attacks. The ships will relieve the Wuhan and Yulin from the Chinese Navy's ninth flotilla, which has patrolled the area since July. The new warships will join the Qinghaihu, a supply ship in the region. 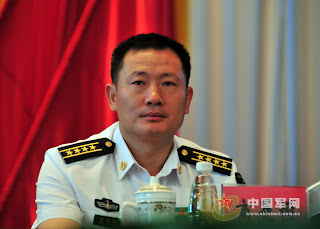 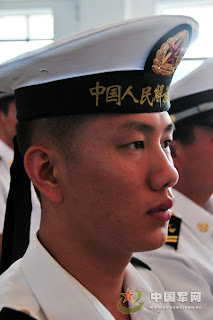 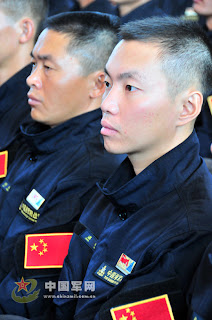 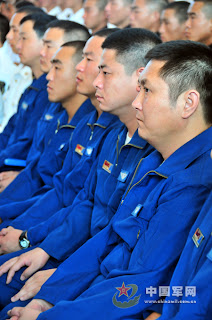 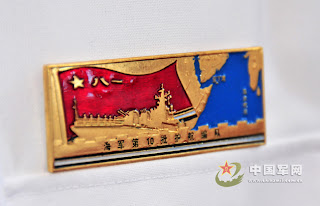 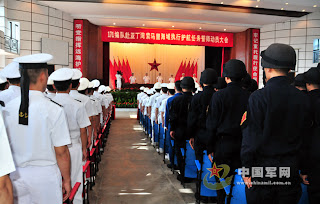 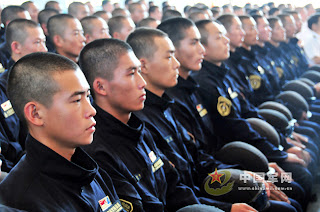