Their motto: leave no man behind

The female reconnoitering and leading group of the airborne troops under the Air Force of the Chinese People’s Liberation Army (PLA) is mainly responsible for leading and commanding of airdropping, special reconnaissance and communication support. It is a group of ace soldiers capable of accomplishing multiple military tasks.

By Wu Fengyu and Chen Zhuojun 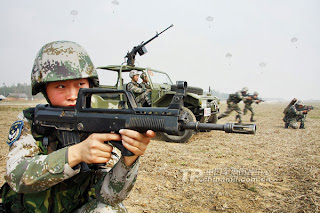 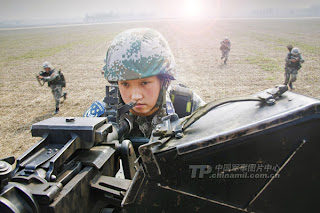 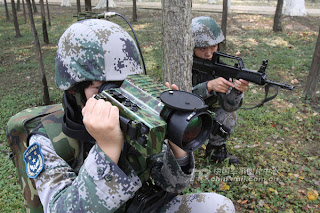 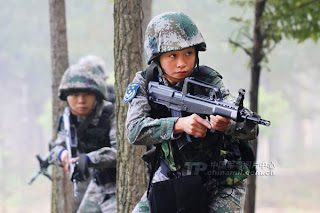 Hey, you want to take off my helmet, so I can leave my hair down and bake a pie? 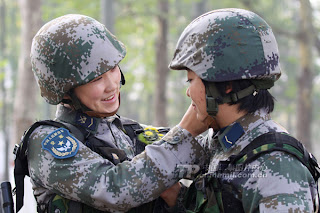 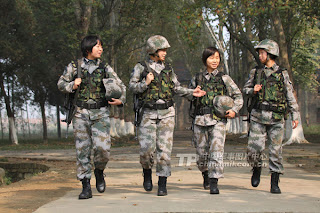 The four-day “Vanguard-2011” exercise concluded at the Queshan combined tactics training base of the Jinan Military Area Command (MAC) of the Chinese People’s Liberation Army (PLA) on November 1, 2011. More than 260 people, including foreign military students from the National Defense University, the Air Force Command College, the Nanjing Army Command College and other institutions of the PLA, and the commanders and the observers of the airborne brigades and the armored brigades of 8 countries including Britain, France and Germany, observed the exercise throughout in two groups of the Air Force observing group and the Army observing group.

The participants of the exercise came from two services of the PLA Air force and Army, and 12 arms, such as airborne troops, armored troops, artillery, army aviation troops and air force aviation troops, involving a total of 5,000 troops.

When receiving an interview with the Xinhua News Agency, Yang Jian, director-in-chief of the joint directing group and deputy commander of a group army under the PLA Jinan MAC, said that although the exercise went well in command mode and firepower coordination, there is still much to be desired in some other aspects.

By Mei Shixiong and Yang Xihe

Ha Ha..Very good new for us that " PLA female airbone scouts" because of if incase we will be war with china that we can get alot of prostitutes.