Those police boats are..... under underwhelming 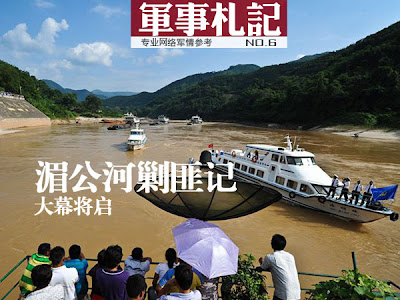 The killing of 13 Chinese sailors on the Mekong river near the Thai-Myanmar border is unreported outside of the region but the event stirred an outcry in China. Chinese citizens once again demand the Chinese government to act. It is also hurting trade, something the Chinese government cares a great deal about.

In addition to joint security operations currently underway, there is talks of a regional riverine force of 1000 (here) with modified cargo and Type 529 Army patrol boats.

China Defense Blog will monitor this development and keep you posted.

Posted by Coatepeque at 6:36 PM

yes they have, but those are not Type529 -- just your everyday civilian police crafts.

They will be out gunned by drug gangs in no time.