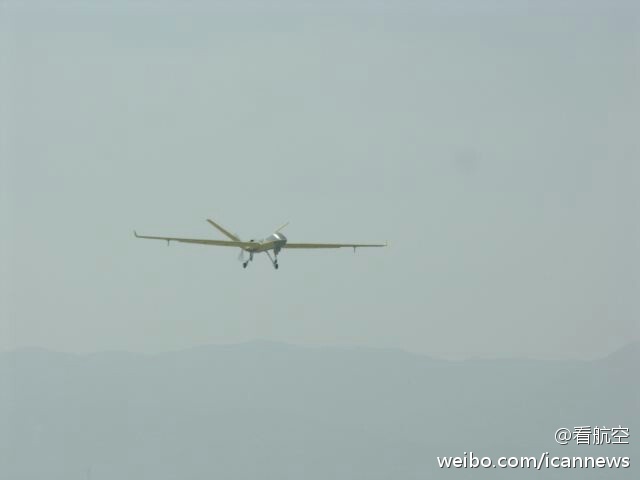 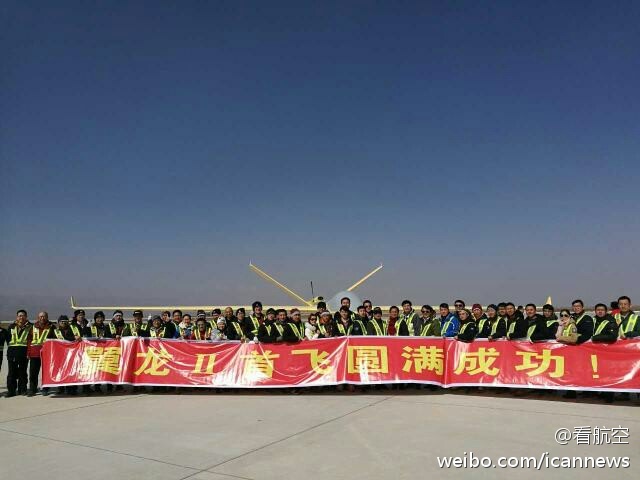 With a more than 20 meter wingspan, the yellow Wing-Loong II No.01 made its appearance on the runway of a highland airfield in western China at noon Monday, before conducting a 31-minute flight.

The Wing-Loong UAS series were developed by Chengdu Aircraft Design and Research Institute (CADI) of the state-owned Aviation Industry Corporation of China.

Li said it showed that China had the capability to deliver new generation reconnaissance and strike UAS products to foreign military customers.

In fact, the Wing-Loong II has already won the biggest overseas purchase order in the history of Chinese UAS foreign military sales, even before its maiden flight.

The Wing-Loong II is a medium-altitude, long-endurance, multi-role UAS integrated with both reconnaissance and strike capabilities.

It is composed of the Wing-Loong II unmanned aircraft, GCS, mission payload and a ground support system.

Its unmanned aircraft is 11 meters in length, 4.1 meters in height, and 20.5 meters in wingspan. The maximum flying altitude of the aircraft is 9km, with a flying speed reaching up to 340km per hour.

It has a maximum take-off weight of 4.2 tonnes, with an external carriage weight of 480kg, and can fly for 20 hours in a persistent mission cruise.

"It can rapidly identify then strike against time-critical and fleeting targets. The capability is not possessed by previous unmanned aircraft, even manned aircraft," Li said. "Taking a look at the UAS in same class around the world, the Wing-Loong II is equivalent to the U.S. MQ-9 Reaper, and ranks in the first level on the UAS list."

With a system extension, it can also perform intelligence collection, electronic warfare, search and rescue missions, and has several uses, including military, anti-terrorism, peace keeping, border patrol operations and civilian use.