Just in case you were wondering about that MSA patrol boat in front of the Type054A under construction -- it is one of the 30 the Chinese government is procuring. 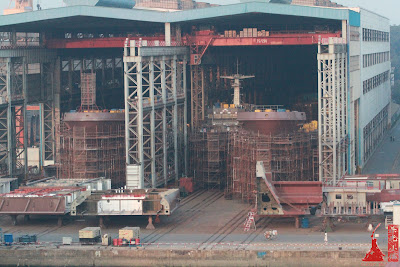 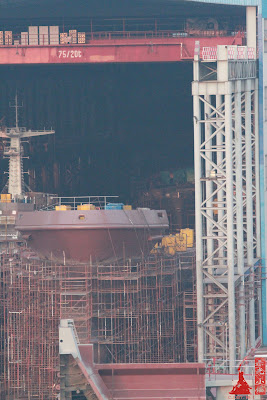 China has a vast area of seas, but the number and the tonnage of vessels for marine law enforcement are both small. China's fleet does not meet the standard of one vessel per 1,000 square kilometers and there is a huge gap compared to other developed countries, said Li Lixin, director of South China Sea Branch of State Oceanic Administration of China, on Monday.

For example, he said, Japan has more than 100 vessels for marine law enforcement with tonnage over 3,000 tons, but the number of China's boats has not yet reached half that of the Japan's.

It is understood that the patrol boat China Marine Surveillance 83, called the flagship of China's marine surveillance, is the most advanced in China.

The vessel has a highly-developed communication network and graphic information transmission system, with a displacement of around 3,980 tons. It is equipped with the China Marine Surveillance B-7112, a Chinese-made ship-borne helicopter, which allows for long-range cruise sea and rapid response capability in law enforcement with air interaction.

However, the number of these kinds of vessels is small in China, according to Wang Yun, captain of the boat. 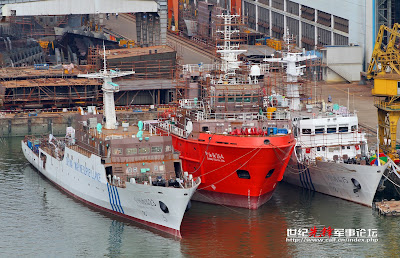 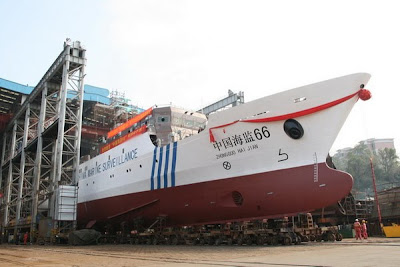 Really very nice article. As well as helpful to gain knowledge about the tax accountants. Thanks to update us.
Maritime Law | Marine Law