ROC Navy opens missile base in eastern Taiwan to media

After "ramping-up" production of the newer generation of Hsiung Feng IIF and Hsiung Feng III anti-ship missiles (here), the ROCN is ready to show the PLAN what they facing.

Navy opens missile base in eastern Taiwan to media
http://www.chinapost.com.tw/taiwan/national/national-news/2010/12/18/284177/Navy-opens.htm

The nation's navy opened yesterday a military base with Hsiung Feng II anti-ship missiles in eastern Taiwan to the media for the first time.

Officers and their men gave a demonstration of operations concerning installing and hanging the missiles onto the right positions for launching as well as removing them from missile racks afterward.

The naval missile base, called “Guhai” (“fortifying the sea” in Chinese) military base, is nestled in a mountain region in eastern Hualien.

With a camouflage that disguises the military base as an area for ordinary building compounds, the roof tiles of the structures have the special effects of deflecting satellite searches by unfriendly forces or parties.

There are housing units for residents and commercial hotels for tourists near the base.

The structures housing the missiles and troops can be easily mistaken for villas at a tourist resort.

Some of the missile facilities are concealed and some others are mounted on heavy-duty trucks for high mobility.

But this is the first time the navy has let reporters make an onsite tour of the military facilities.

The Hsiung Feng II anti-ship missiles measure 4.8 meters in length and can hit targets more than 100 kilometers away. 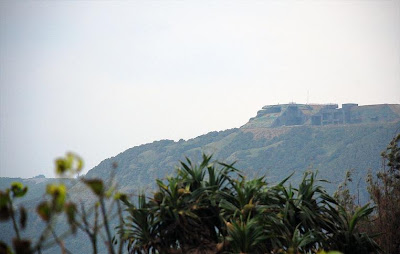 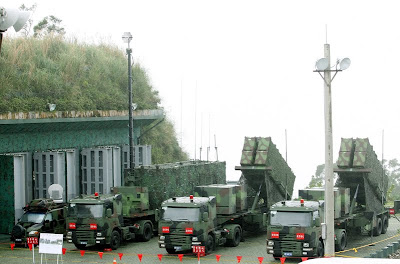 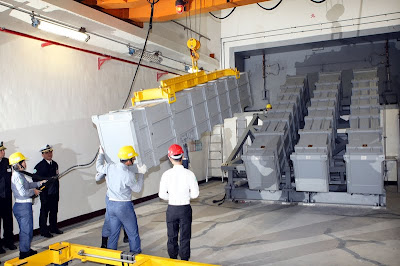 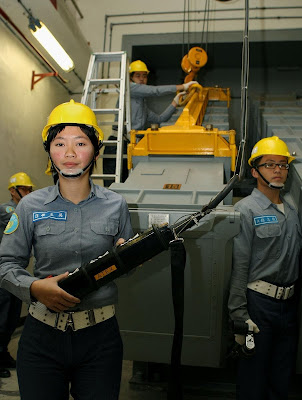