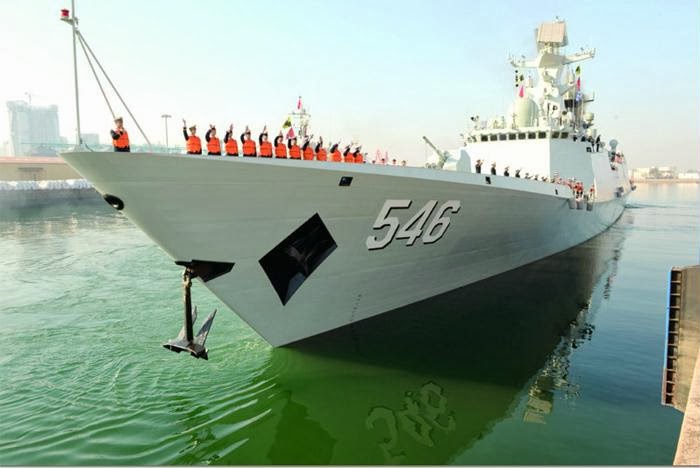 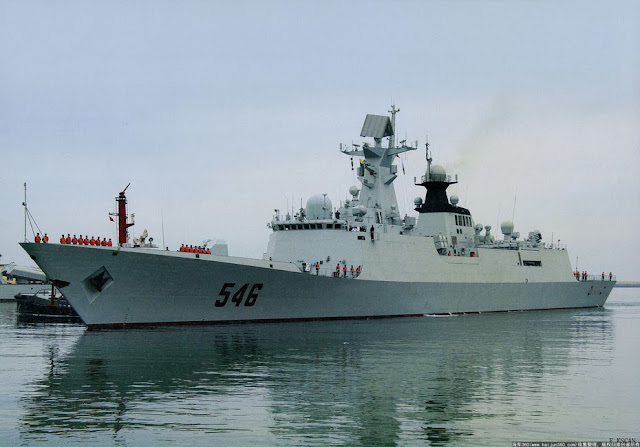 http://www.reuters.com/article/2013/12/19/us-syria-crisis-china-idUSBRE9BI0A620131219
(Reuters) - China is to send a military ship to help protect a specially adapted U.S. vessel that will destroy Syria's chemical weapons arsenal, the Foreign Ministry said on Thursday.

Syria is due to hand over deadly toxins which can be used to make sarin, VX gas and other lethal agents under an international agreement forged after an attack on the outskirts of Damascus killed hundreds in August.

The chemicals will be destroyed on board the specially adapted U.S. ship because they are too dangerous to import into any country. There is no agreement yet on where the ship will anchor while the work is carried out.

"China has decided to send a military ship to participate in the protection mission for the shipping of Syrian chemical weapons," ministry spokeswoman Hua Chunying told a daily news briefing.

She added that it was an "important move" to show China's support.

"China hopes that the relevant work on removing Syria's chemical weapons can be completed safely and smoothly. This will assist in pushing for a political resolution to the Syrian issue, will assist in increasing regional peace and stability and accords with the interest of all sides," Hua said.

Chemical weapons were likely used in five out of seven attacks investigated by U.N. experts in Syria, where a two-and-a-half-year civil war has killed more than 100,000 people, a U.N. report said last week.

The most serious use was on August 21, when hundreds of people were killed in a sarin gas attack in the outskirts of the capital, Damascus. The worst poison gas attack in a quarter of a century prompted the threat of missile strikes by the United States against the regime of President Bashar al-Assad.

A month-long tender for the commercial destruction of hundreds of tonnes of industrial chemicals and toxic waste from Syria's chemical weapons starts on Thursday, with contracts likely to go to a handful of firms.


Syria is due to hand over deadly toxins that can be used to make sarin, VX gas and other lethal agents. Photo: Reuters

Beijing plans to send a warship to accompany the US vessel MV Cape Ray on its mission to destroy Syria's chemical weapons arsenal.

Syria is due to hand over deadly toxins, which can be used to make sarin, VX gas and other lethal agents, under an international agreement forged after an attack on the outskirts of Damascus killed hundreds in August. The chemicals will be destroyed aboard the specially adapted US ship because they are too dangerous to import into any country.

The PLA Navy would be responsible for escorting the mission from Syria to Italy, which would be the first time it would operate in the Mediterranean, Chen Kai, secretary general of the China Arms Control and Disarmament Association, told Xinhua.

"As China goes global, it will increasingly find it has a strong interest in global security, freedom of commerce and freedom of navigation, and combatting terrorism," said Paul Haenle, director of the Carnegie Endowment for International Peace think tank in Beijing.

Haenle said that while China was willing to contribute support to the mission, it did not play a significant role in the discussions leading up to the agreement. "China should also be trying to play a more active role in the next step of conflict resolution in Syria," he said.
Posted by Coatepeque at 11:08 PM