What would a 12000 tonne Chinese Coast Guard cutter look like?

While no picture of this 12,000 tonne is made public yet but according to Chinese sources, it will be an enlarged version of this 4,000 tonne cutter that is entering service.  It will be armed by a single 76mm mount plus two 30mm twins, a large helicopter facilities to accommodate two Z-8s and a top speed of 25 knots. 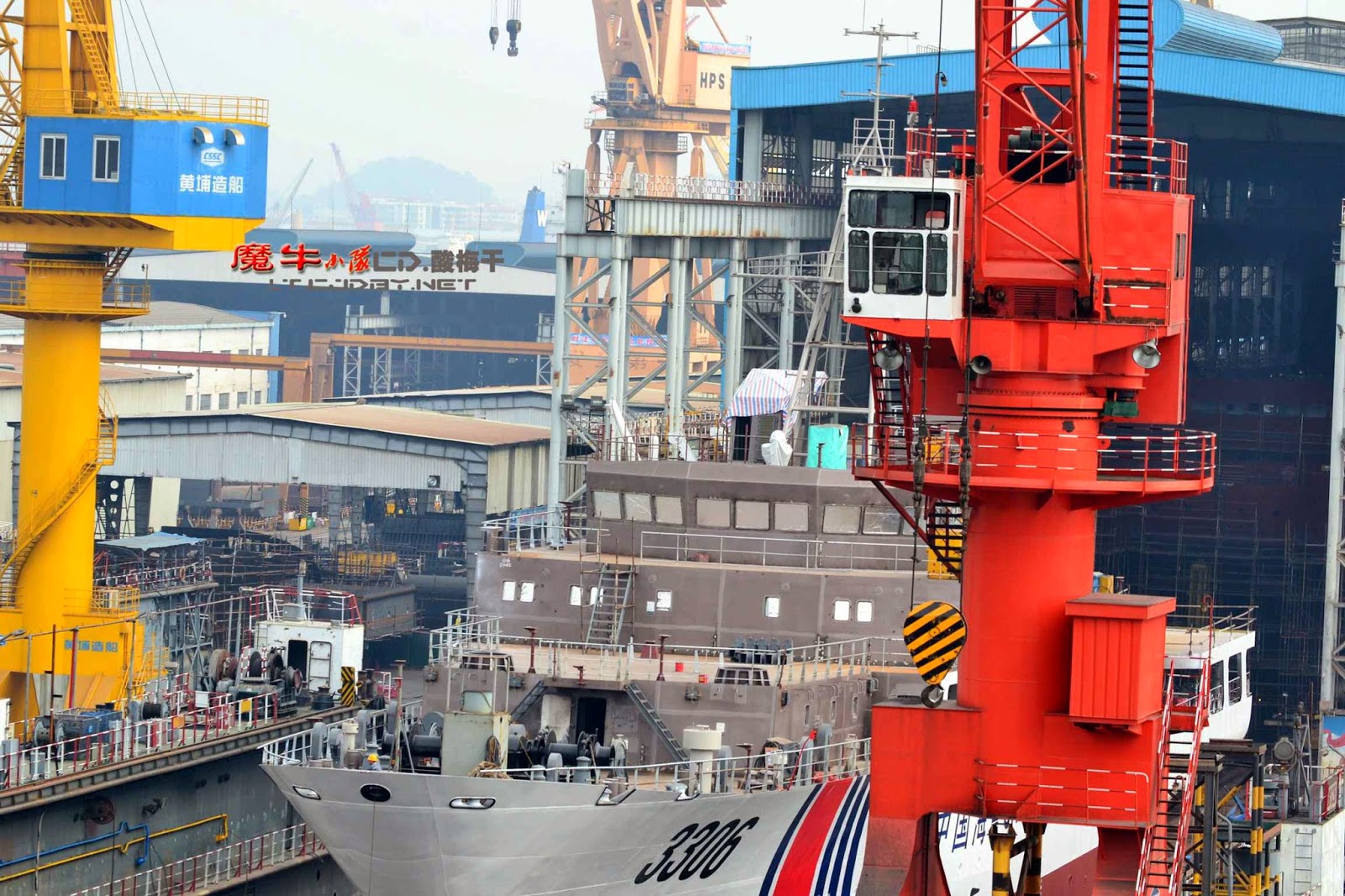 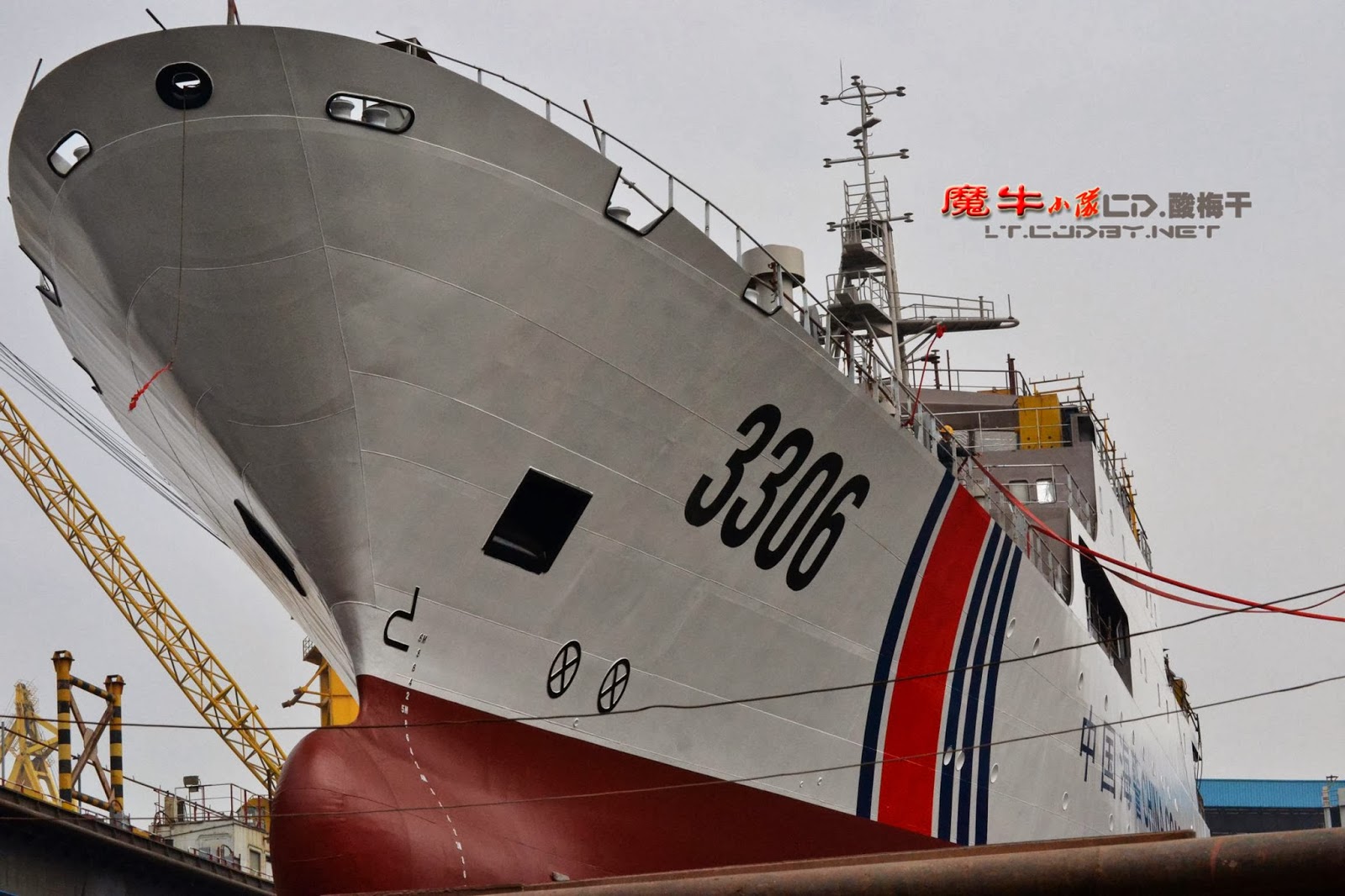 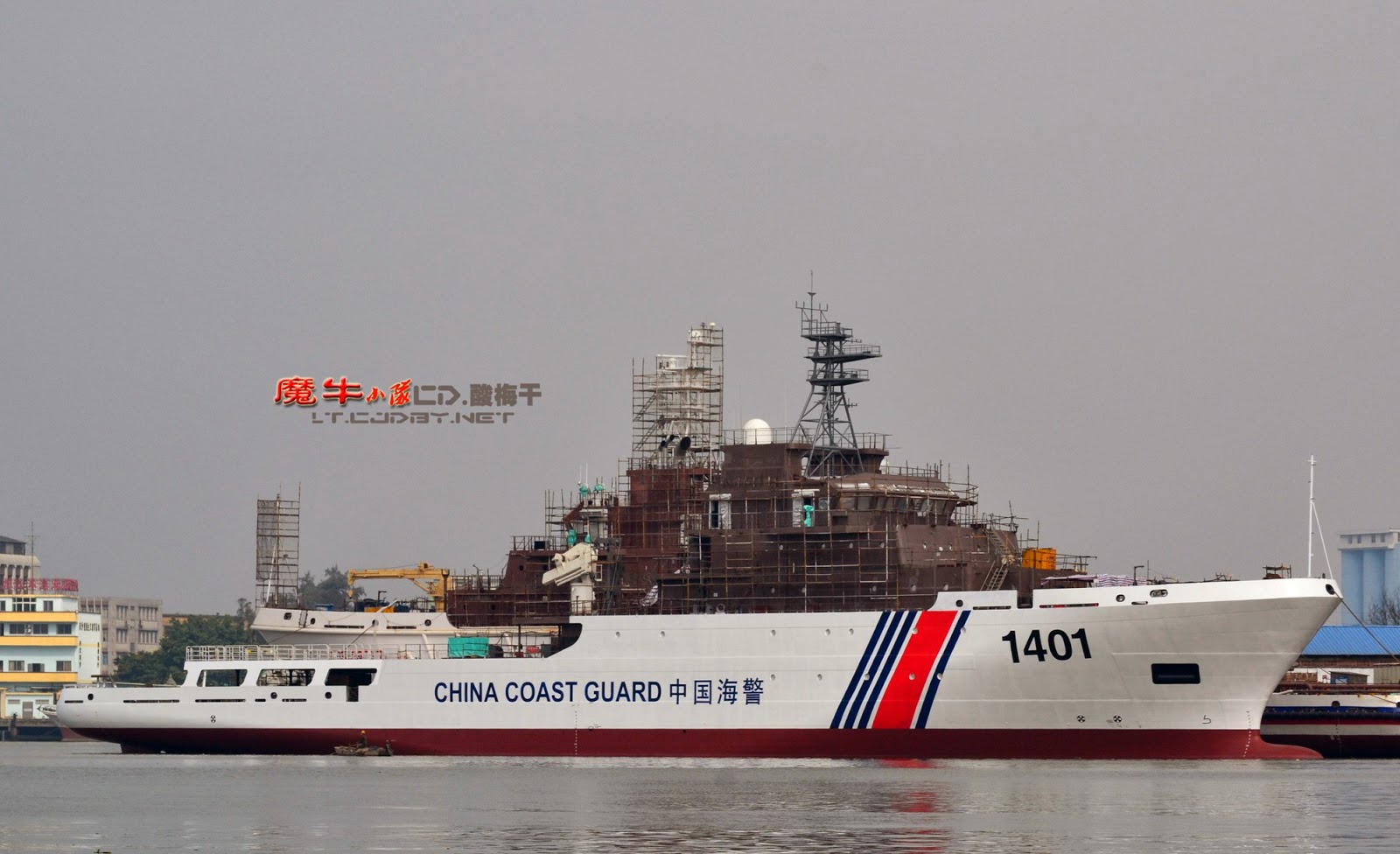 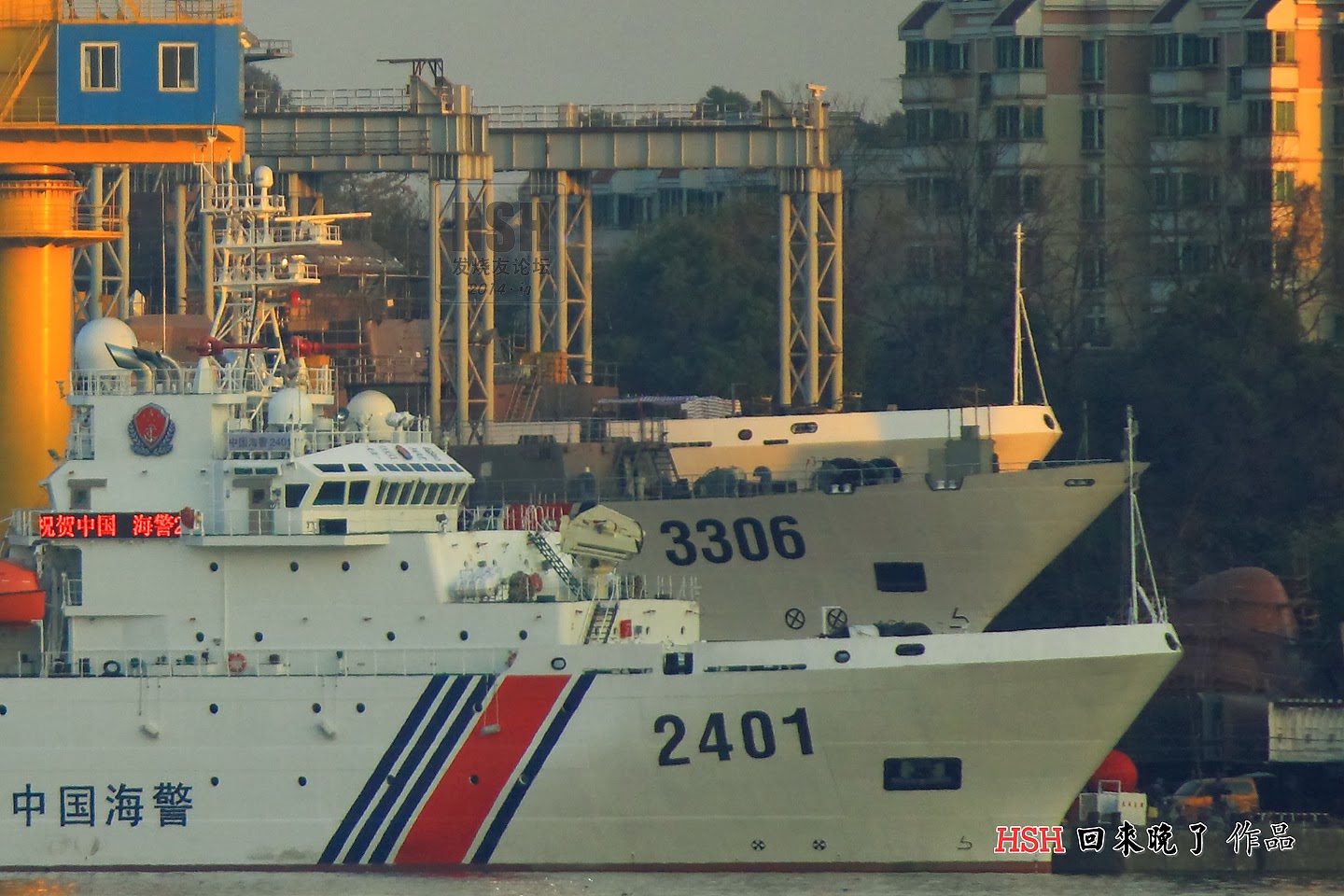 (Reuters) - China will base a 5,000-tonne civilian patrol ship on one of the main islands it controls in the disputed South China Sea and begin regular patrols, an official newspaper said on Tuesday, a move likely to add fuel to territorial disputes with neighbors.

The China Ocean News, published by the State Oceanic Administration, said the ship would be based on Woody Island, which China calls Sansha city, on the Paracel Islands.

China will "gradually establish a regular patrol system on Sansha city to jointly protect the country's maritime interests", the report added. It will continue to build infrastructure on the island as well as a "joint platform for sharing maritime security data", it said.

China is in an increasingly angry dispute with its neighbors over claims to parts of the potentially oil and gas-rich South China Sea. China lays claim to almost the whole of the sea, which is criss-crossed by crucial shipping lanes.

It upset the Philippines and the United States this month when rules went into force demanding fishing boats seek permission to enter waters under the jurisdiction of China's southern province of Hainan, an area the provincial government says covers much of the South China Sea.

Chinese patrols in the South China Sea are generally conducted by civilian vessels, though China's navy routinely carries out drills there, including late last year by the country's first aircraft carrier.

The newspaper did not say when the patrols would begin, though said one of their focuses would be on search and rescue operations and the "speedy, orderly and effective emergency response to sudden incidents at sea".


The report did not say when the ship would enter service.

China formally approved the establishment of a military garrison in Sansha two years ago. Sansha administers the mostly uninhabited islands in the South China Sea which China claims.

China took full control of the Paracels - a cluster of close to 40 islets, outcrops and reefs - in 1974 after a naval showdown with the then South Vietnam, and there have been incidents ever since. Taiwan also claims the Paracels.

Vietnam has accused China of harassing and even opening fire on fishing boats near the Paracels, charges Beijing has either denied or defended as a legitimate means of protecting its sovereignty.

Vietnam, Taiwan, Brunei, Malaysia and the Philippines also claim other parts of the South China Sea, including the Spratly Islands. China has a separate dispute with Japan in the East China Sea.