The ceremony for naming and presenting flag to the guided missile frigate Ji’an is held in Shanghai, Jan. 8, 2014. (Navy.81.cn / Dai Zongfeng)

SHANGHAI,January 8 (ChinaMil) -- A commissioning, naming and flag-presenting ceremony for the new-type guided missile frigate “Ji’an” was held at a naval port in Shanghai on Wednesday morning. This is the first new-type guided missile frigate that is officially commissioned to a maritime garrison command of the East China Sea Fleet under the Navy of the Chinese People’s Liberation Army (PLAN).

The guided missile frigate Ji’an (hull No.586) belongs to a new-generation of light guided missile frigate developed independently by China. After commissioned to a maritime garrison command of the East China Sea Fleet, the warship will mainly undertake such missions as maritime patrol, ship escort. Besides, it can also conduct anti-submarine and anti-surface operations individually or coordinating with other forces.

Ji’an City is famous for Jinggangshan Mountain, the birthplace of the Chinese Workers and Peasants’ Red Army, and one of the first-generation guided missile frigates of the PLAN was also named Ji’an (hull No. 518). The No. 518 frigate had served for 35 years with the total voyage of more than 200,000 sea miles before it retired in 2012.

Gu Xiangbing, deputy commander of the East China Sea Fleet under the PLAN, presented the army flag and issued the naming certificate to the ship. 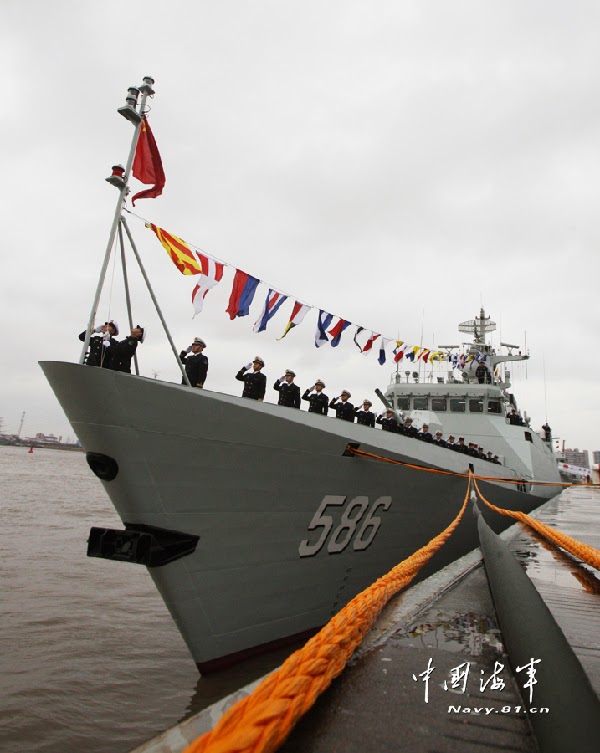 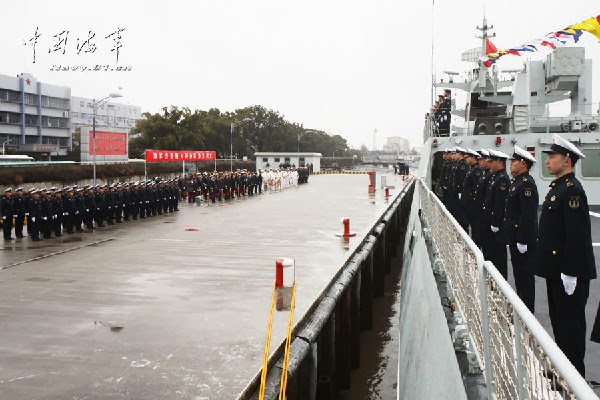 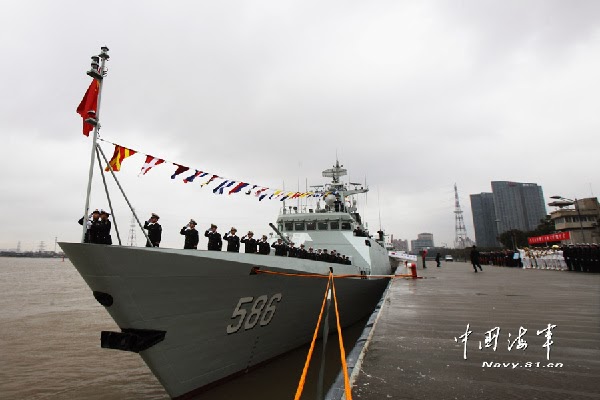 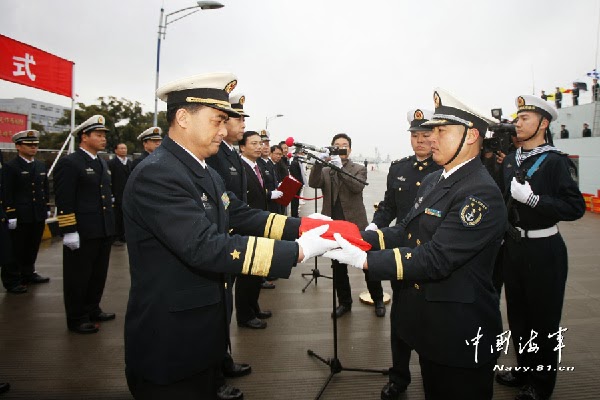 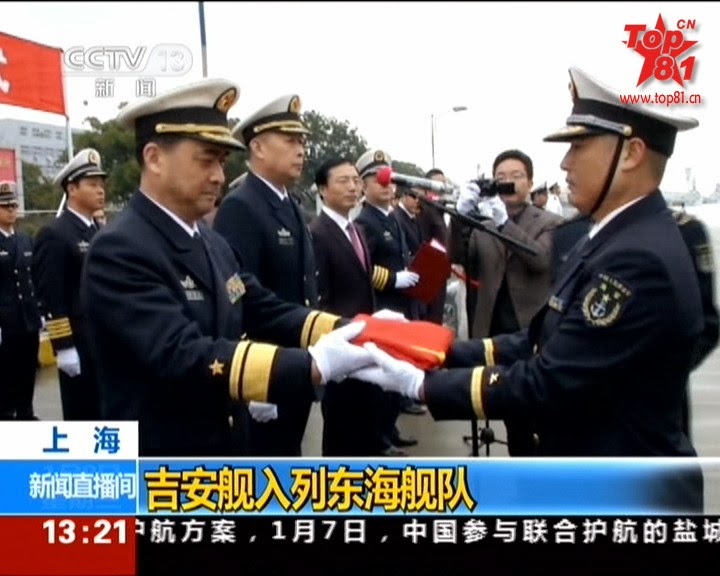 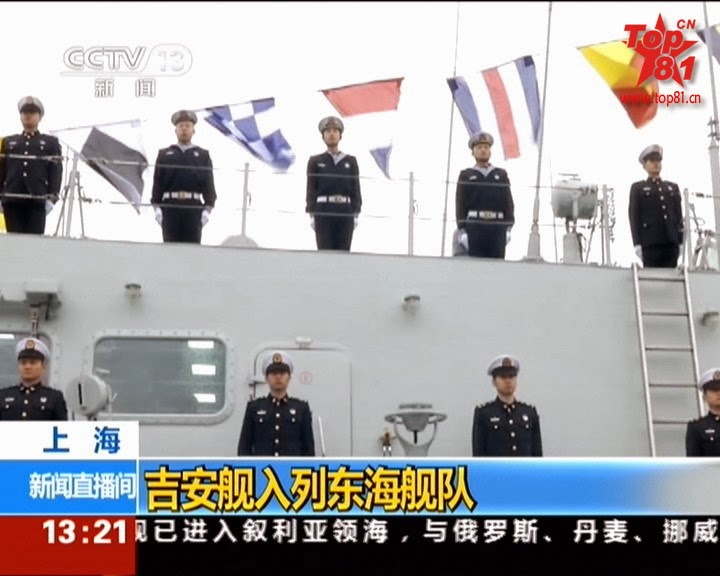 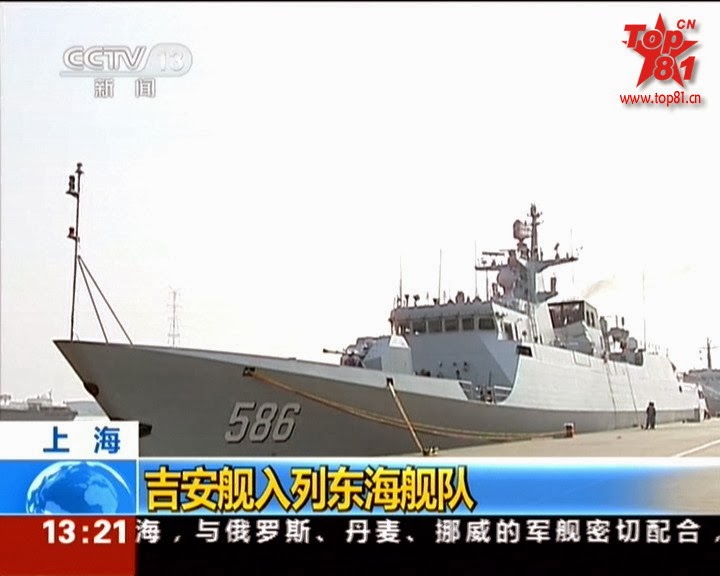 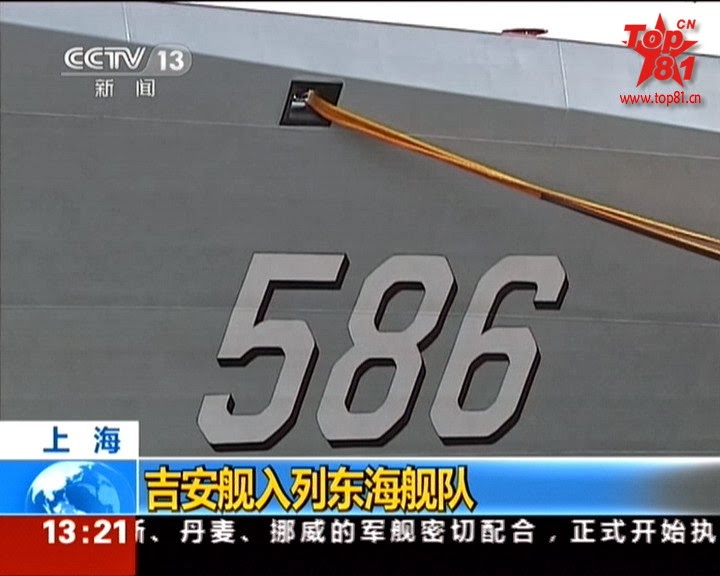