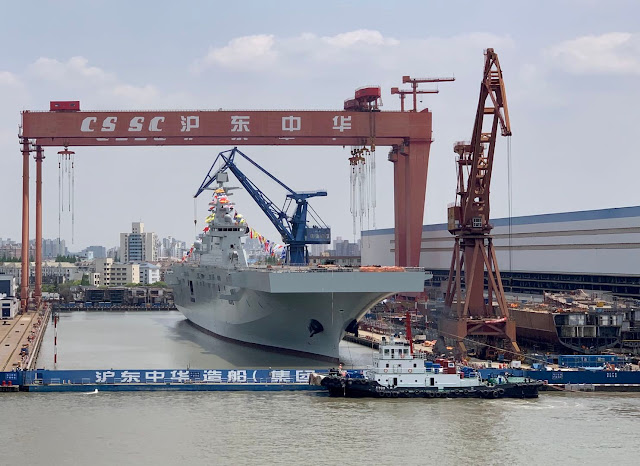 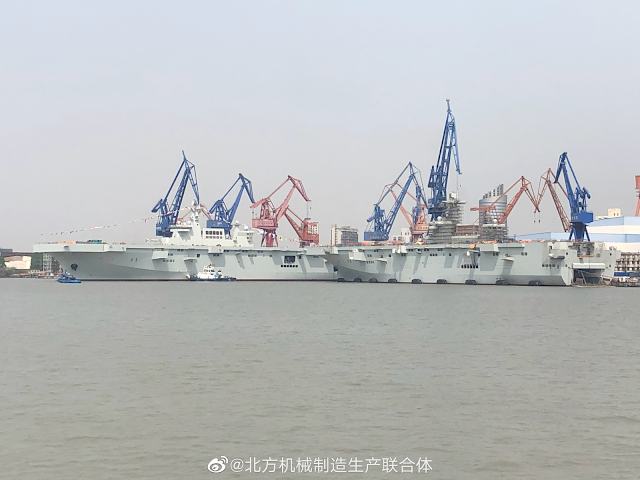 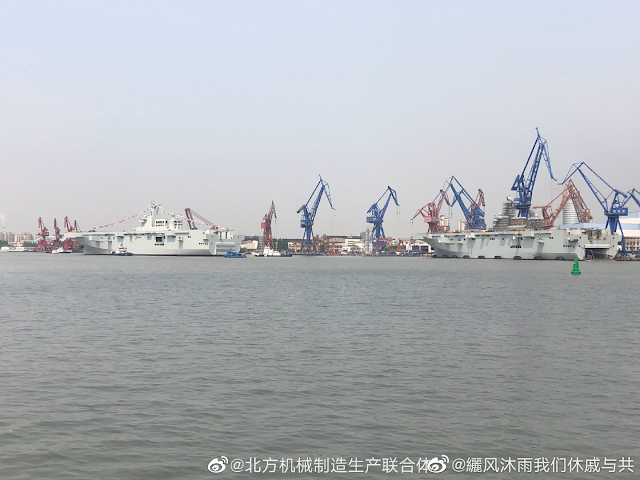 China's Hudong Zhonghua shipyard in Shanghai is expected to launch a new ship on Wednesday. Some military observers believe it could be China's second Type 075 amphibious assault ship.

A new ship built by the Hudong Zhonghua company will undock from 1:20 pm to 2:50 pm on Wednesday, and a water area of 1,500 meters long and 350 meters wide near the dock will be restricted for navigation, according to a navigation notice released on the website of the Maritime Safety Administration of China on Monday.

The notice did not specify the type of the ship.

Since the Hudong Zhonghua shipyard is hosting the construction work of China's second Type 075 amphibious assault ship, and publicly available reports said in March that the ship would likely launch soon, some Chinese military enthusiasts speculated online that the ship mentioned in the Monday notice could be the Type 075.

The release of the notice also coincided with an unverified photo posted on Sina Weibo, China's Twitter-like social media platform, on Monday, which showed the second Type 075 appeared complete, a sign of an imminent launch, military observers said.

Thursday will be the 71st anniversary of the founding of the Chinese People's Liberation Army (PLA) Navy, and military enthusiasts said the launch of the second Type 075 on Wednesday, if it turns out to be real, could serve as a birthday present for the PLA Navy.
Posted by Coatepeque at 11:10 PM