The Most Advanced Amphibious Armor Vehicle in the World is...not the EFV Anymore.

...since the US Expeditionary Fighting Vehicle (EFV) was canceled last week by Defense Secretary Gates for being uber expensive at 22+ million each and with a reliability of 8 hours between breakdowns.

It seems like the Chinese military was more realistic on what they wanted. 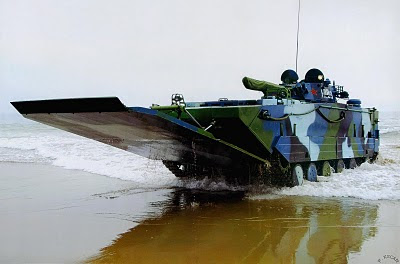 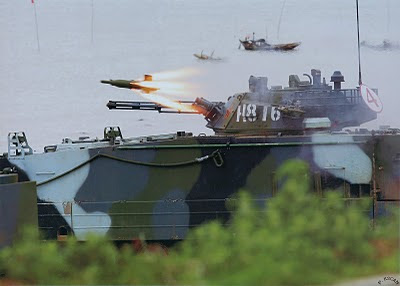 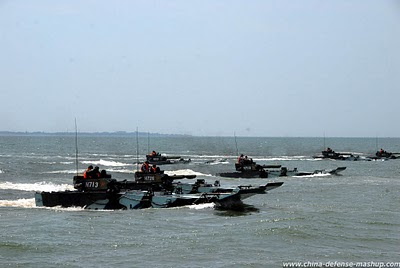 In addition to the ZBD05 Amphibious Infantry Fighting Vehicle, the ZTS04 amphibious light tank version with 105mm tank gun is also in service. 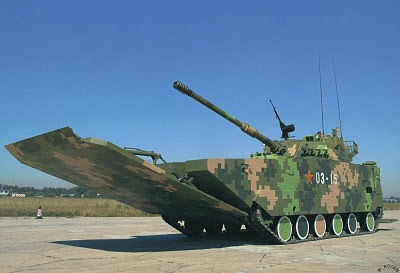 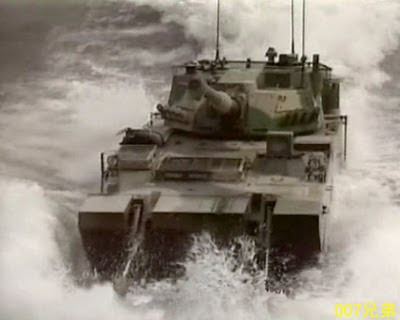 With a respectable water speed of 16 knots for the IFV variant and 11 knots for the 105mm Light Tank, this Chinese swimmer has significantly increased PLA and PLAMC amphibious capability.

Over the past 15 years the Chinese have introduced a steady stream of new amphibious armor, each with evolutionary improvements. In a classic "Tortoise vs Hare" race, the slow steady Chinese development has outpaced the US, leaving the USMC in the 1972-vintage AAV-7A1 amphibians for the foreseeable future. Like the Comanche and Crusader before it, the cancellation of the EFV, in development since the 1970s at a program cost of over $3 billion, marks another failure of US "leap ahead" acquisition strategy.
Posted by tyan at 3:36 AM

Is that gun meant for indirect fire?

The gun on the light-tank version is a 105mm tank gun mainly for anti-armour role.

Excellent fighting tank, very versatile. Can be used both on land and water. What other features does this tank possess? It's like the high level ballistic plates that our military is working, highly resistant against knives and high-powered guns.