The pair was there in early 2010 as part of the fourth task force, they are off again.

ZHOUSHAN, Zhejiang Province, Feb. 21 (Xinhua) -- The eighth Chinese naval escort fleet, which consists of two missile frigates, left on Monday for the Gulf of Aden and Somali waters to protect merchant ships from rampant piracy in the area.

After arriving, the two ships -- Ma'anshan and Wenzhou -- will be joined by Qiandaohu, a supply ship that is already patrolling the waters with the seventh escort fleet.

China sent its first convoy fleet to the Gulf of Aden and the Somali waters in December 2008. The seven convoy fleets have so far escorted over 3,400 Chinese and foreign ships through troubled waters and have rescued 33 ships from pirate attacks. 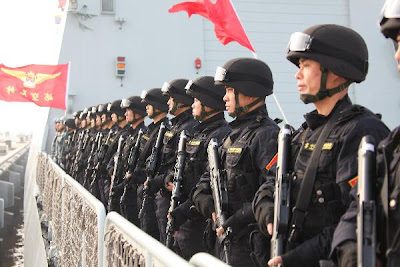 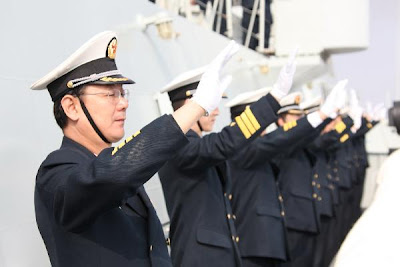 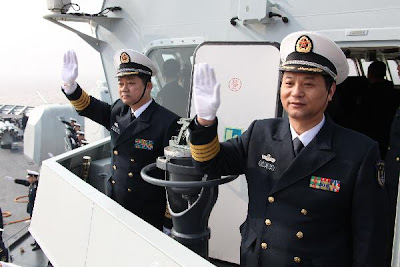 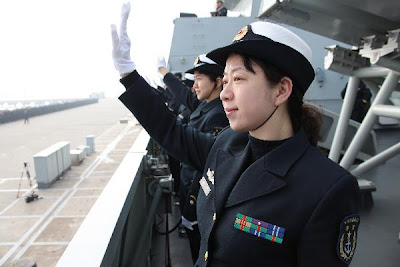 Soldiers wave hands on board and prepare to set sail at a port in Zhoushan, east China's Zhejiang Province, Feb. 21, 2011. The 8th Chinese naval escort flotilla, consisting of frigate Wenzhou and frigate Ma'anshan, departed from Zhoushan on Monday, for the escort mission with comprehensive supply ship Qiandaohu in the Gulf of Aden and Somali waters to protect commercial ships from pirate attacks. (Xinhua/Tang Shifeng)