The Harpy UAV Affair, the next chapter

Back in 2005, under pressure from the US, IAI returned the Chinese Harpy UAV without performing any upgrades (here).  Judging from the recent CCTV report, the PLA seems to have shanzhai-ed the Harpy UAV with its own upgrades. 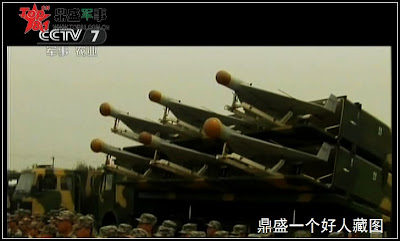 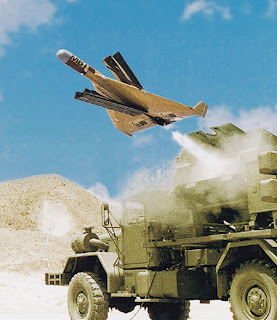 Harpy UAV compromise with US: No upgrades for China
http://www.globes.co.il/serveen/globes/docview.asp?did=917406

Sources: US-Israel cooperation on the JSF will resume.
25 May 05 13:54, Ran Dagoni, Washington
A compromise has been reached with the US over the Harpy attack unmanned aerial vehicle (UAV), produced by Israel Aircraft Industries Ltd. (IAI), which were sold to China. The Harpies China sent to IAI for what was called "repairs", will not be upgraded, while the US has withdrawn its demand that Israel confiscate them.

Chicago-based The Power and Interest News Report (PINR) revealed the compromise in an article ''Return of the Red Card: Israel-China-U.S. Triangle'', citing a senior Chinese source.

An Israeli source said, "Without referring to the timetable or details, this is the general direction."

The dispute burdened US-Israeli relations for months, and harmed Israel's participation in the F-35 Joint Strike Fighter program, because the US refused to share sensitive information with Israel.

In early May, New York Jewish weekly "The Forward" quotes a Defense Department official as saying that Israel was a partner in the JSF program, but that there were technological issues, which are inconvenient for the US to share with Israel until security matters are settled.

Sources in Washington said that following the Harpy compromise, technological cooperation in the JSF program would resume. They added that an announcement to this effect was possible during Minister of Defense Shaul Mofaz's upcoming visit to Washington in July.

During his visit in March, Mofax hinted for the first time that US pressure might force Israel to forego upgrading the Harpies for China. He said, "When it's all over, we'll know what the fate of the upgrade will be."

Israel will probably have to compensate China for not carrying out the upgrade.