Finally after years of silence / without any note, the original first KJ-2000 prototype numbered ‘762’ re-appeared in a new splendid white-grey colour scheme with red and blue stripes quite similar to the already known Il-76MD engine testbed.

Noteworthy and similar to the mentioned former Il-76SKIP/Be-976 (serial RA-76456 – now CFTE ‘760’) which was obtained in mid 2005 this particular machine started its career also as a Russian AF bird, where it was a former Ilyushin / Beriyev A-50 “Mainstay” with the original number “44”. In this configuration it is distinguishable by its non-standard IFR-probe and a “Russian”-style SATCOM-blister on top of the fuselage.

Following a Sino-Russian-Israeli agreement reached in May 1997 one aircraft was to be delivered for $ 250 million – plus an option of three additional aircrafts for a total amount of $ 1 billion – to IAI for final integration of the chosen “Phalcon” system. After several months of delay Russia delivered the first A-50I prototype on 25 October 1999 with the civil registration RA-78740 (c/n 0093486579 and f/n 6505).

However due to an increasingly controversial political dispute between the US administration and the Israeli government – the US Clinton Administration deemed this system a serious threat to Taiwan – the contract was cancelled in July 2000 and IAI had to remove the already installed equipment.

This major blow for the PLAAF’s ambitious modernization program necessitated to continue with indigenous efforts to develop a modern operational AEW- or AWACS-system and significant amount of resources were allocated in the following months. It even gained highest priority following an executive order issued by the Chinese President Jiang Zemin alias “Project 998” to be accomplished by the Institute 603, the Xian Aircraft Company (XAC) and especially the “Nanjing Research Institute of Electronic Technology” (also known as 14. Institute) responsible for the radar.

After all Israeli-made onboard electronic systems were retrieved from the unfinished A-50I, the airframe was handed over to China via Russia in 2002, where at Xian the modification of the airframe began immediately after arrival by installing the primary radar system and its associated electronics. This system – reportedly designated “Type-88” – is similar to the Israeli system not a single radar but three electronically steered phased arrays (AESA) to provide a 360° coverage. After the modifications – which had began in late 2002 – were completed at the Xian Aircraft Company, the prototype was renumbered to “762” and repainted in a splendid white scheme with gray undersides, wearing huge CFTE-logos on the tail and CFTE-titles (China Flight Test Establishment) on the front fuselage. In this configuration the KJ-2000 performed its maiden flight on 11 November 2003.

However after that this particular aircraft was only rarely seen and most observers concentrated on the following four operational aircraft. As such it is a welcome re-appearance and maybe a hint for additional work on modernized systems. 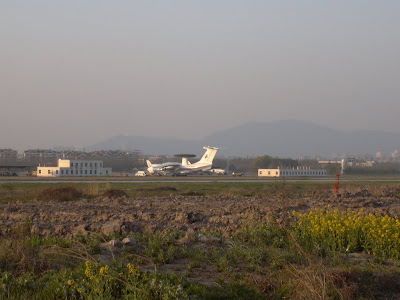 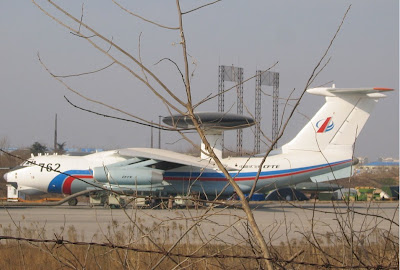 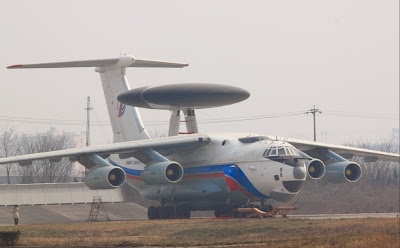 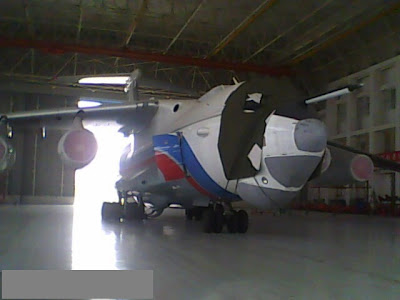 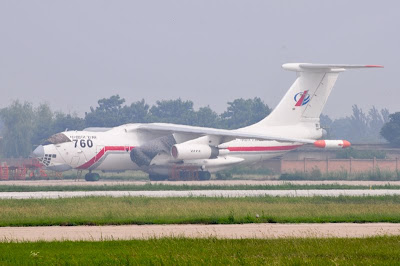 Pic no. 4 of 762 in the hanger doesn't appear to have the roto-dome installed?

Good ovservation, I didn't notice that before.

But again that could be another hint for work on modernized systems.

Thanks for taking this opportunity to discuss this, I feel fervently about this and I like learning about this subject.Televisore lcd